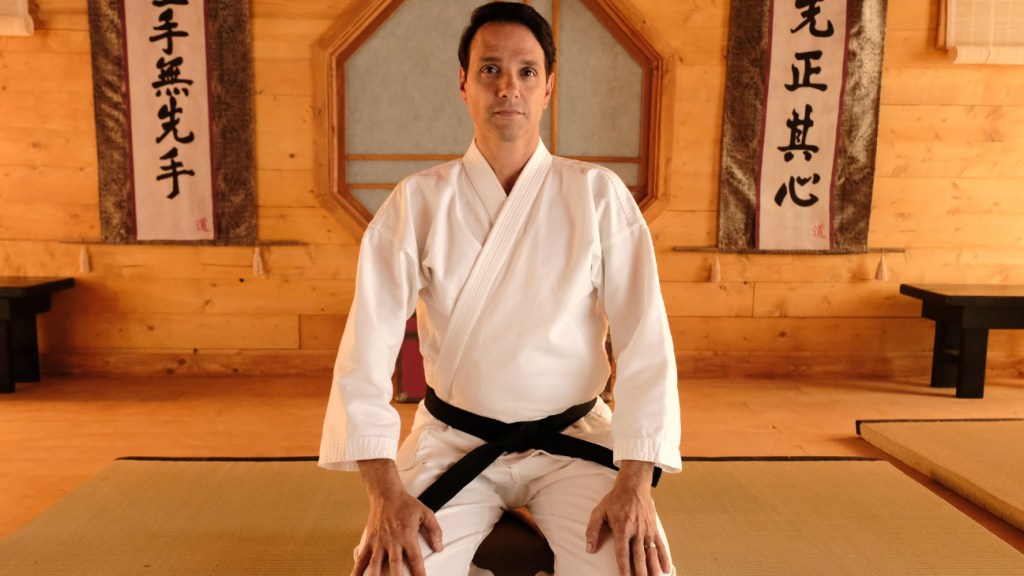 Ralph Macchio is earnest when he says that, to this day, he is sorely disappointed in The Karate Kid Part III. The iconic Daniel LaRusso actor notes the script was not where it needed to be; the story too much a rehash of the original 1984 film, among other issues, such as flatly written antagonists.

However, Macchio points out that the poorly received 1989 sequel has given a great gift to his hit Netflix Cobra Kai series in the way of perhaps the show’s best villain yet: Terry Silver. Played by Thomas Ian Griffith, the eccentric and sadistic Silver was reintroduced in Cobra Kai season four, which dropped New Year’s Eve. As of Monday, the series was No. 1 on the streamer’s Top 10 in the U.S. list, ahead of Leonardo DiCaprio’s Don’t Look Up.

Still finding himself in a bit of shock over fans’ deep devotion to the series spawned by the ’80s films that made him a star, Macchio prides himself on Cobra Kai using only threads from those films to tell the new stories; not using fan service as a crutch. And if the series can alter a few flaws in the films along the way, so much the better.

You’ve been critical of Part III in the past. Do you still feel that way or have you reexamined it after this season of Cobra Kai with the return of Terry Silver?

I was not a fan of how the Karate Kid 3 came out. I felt the story was only repeating itself and was not character forwarding for the end of LaRusso. And production-wise, it was being written one way and then changed another way. It was not a smooth ride. In the end, there were parts of the character that I didn’t embrace as well as I did with the original and the first sequel. I don’t put it on the top of my resume.

However, it informs Cobra Kai going forward, clearly with season four. It gives us so much story. And what is so wonderful about doing the Cobra Kai series, the creators find ways to take that story and let it evolve and find backstories for characters who might have been thinly written.

There is a larger-than-life element to Cobra Kai. When you break it down, it is kind of ridiculous — but that is why it is so much fun! So you take a character like Terry Silver for this show with those larger-than-life elements and his relationship with Daniel, then add those layers of complexity to his evilness. And now it becomes a refined performance. On top of that, from the perspective of Daniel as an adult, now we are adding other stakes and elements about his own kids and students. It is remarkable that what I would call the shortcomings of the original franchise are now bearing fruit 36 years later.

The show does such a tremendous job of honoring Mr. Miyagi, which means it is also honoring the late, great Pat Morita, who had to battle for that role. What does that balance mean to you since you two are so closely intertwined?

I appreciate that you used the word balance; a Miyagi-ism and a lesson in life. It’s those themes, as well as bullying and a fish-out-of-water overcoming obstacles, which are ingrained into the Karate Kid Miyagi-verse, as we call it. And it is those elements of the Cobra Kai series that are the foundation that allows it to find its own voice and tone.

For me, on the first day that I heard the concept from the creators of the show, that was something that was so important to me; to have the character woven throughout the series. It is paying great respect to the character and homage to our partnership and that magic that we shared, that special connection.

He would have loved all this. And I speak to his daughters on occasion and stay connected in that way. I didn’t have to fight to have Miyagi in the show, the creators were all over it. But it is something we work at together to inform the next generation; to inform the story to the young cast and young audience who are embracing the show and watching it with their parents and grandparents.

It is great to share the legacy of the Miyagi character and how he still speaks today. We feel that spirit on the set. It is important, to me personally, to keep that grounded element on the show with the larger-than-life heights. It needs that heart.

In my opinion, you’re the Karate Kid gatekeeper. How much do you pitch for the overall story and do you interject when something feels off?

There is no lack of me interjecting. (Laughs.) There is that push and pull at times, but that collaboration makes for a better project, but this is the creators and writers’ show. I will pitch at the beginning of each season what I would like to see for Daniel or overall, and the creators are the tiebreaker. But from script to script, if I see something, I say something. This character is very precious to me, but he is so precious to me that I need someone to oversee the entire painting and not just the colors I represent. [The writers and creators] have earned that and deserve that, so that is how we move forward. At the end of that day, no one knows better than them where it is going and what they want.

Would you consider doing another Karate Kid film or has something been pitched in the way of El Camino: A Breaking Bad Movie?

I am not closing the door on anything. Once this worked on this level, I would be foolish to say, “But that won’t work.” I am open to all that, of course with the right content and execution. Even though they say “Cobra Kai never dies,” at some point, we will have to wind up this series and tie up the stories properly. And hopefully, Netflix gives us that opportunity to finish it and then is up for other chapters in other ways.