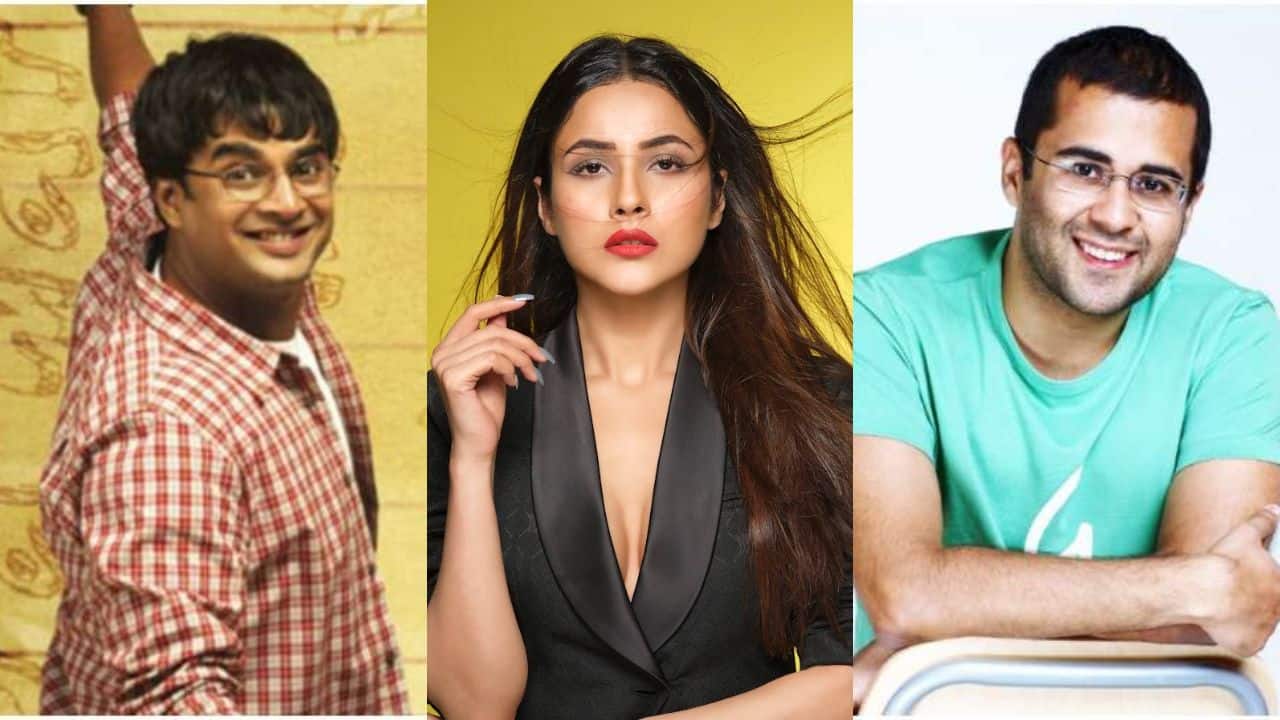 As we wind up the events of another day, filled with all manner of occurrences of the good, band and ugly king, and look forward to the next, it’s time to make a note of the biggest newsmakers from all the OTT platforms put together who’ve made it to the trending entertainment news today. From R Madhavan, Chetan Bhagat’s Twitter spat and Shehnaaz Gill’s Netflix debut to the Adele: One Night Only concert on Sony LIV, Netflix’s Yeh Kaali Kaali Ankhein teaser and ShemarooMe’s Benaqaab trailer – here’s all what grabbed headlines to make it to the trending OTT news today… Also Read – Bigg Boss 15: Umar Riaz gets into fight with Karan Kundrra after discussion with Rashami Desai

So, without further ado, here are the OTT newsmakers of 21st December 2021:

It’s rare for Bollywood celebrities to engage themselves in Twitter spats over certain issues. But actor R Madhavan and author Chetan Bhagat didn’t think twice before taking potshots at each other. It all began when Netflix India asked people to pick between books and movies. Also Read – Bigg Boss 15: Netizens SLAM Tejasswi Prakash for her fight over karan Kundrra wanting to save Rashami Desai from nominations – view tweets

Read the full story here: R Madhavan and Chetan Bhagat get entangled in a Twitter spat after fromer says, ‘3 Idiots was better than the book’ Also Read – Asim Riaz takes a dig at Shehnaaz Gill with latest tweet? Fans lash out at the Bigg Boss 13 runner-up, trend SHAME ON ASIM RIAZ – view tweets

Adele: One Night Only concert on Sony LIV

A medley of human emotions, Adele’s comeback album, ‘30’, navigates the listener through her journey of heartache, hope, remorse, and resurrection. Released after six years since her last album, in 2015, Adele has eloquently expressed her journey, through her divorce, motherhood, and fame. Written between 2018 and 2021, ‘30’ was finally released on 19th November 2021, and has received an incredible response from fans across the world. Providing a glimpse into the many circumstances and emotions she had to confront, while composing the album, Adele: One Night Only is a concert special, which also features an exclusive interview of the singer by Oprah Winfrey. Giving a tear-jerking experience, the special has been produced by Adele and presented by Oprah Winfrey. It will be streaming exclusively on SonyLIV from 24th December.

Netflix is set to bring in the new year with a genre bending series that travels the spectrum of being a psychological drama with themes of twisted love and power, set against the backdrop of crime and desire, in Yeh Kaali Kaali Ankhein. Based in the fictional town of Onkara, the teaser gives a sneak peek into the web series where love, politics and lawlessness collide in the heartland, all while reversing the gender dynamic. The teaser also uses the popular 90’s track, Yeh Kaali Kaali Ankhein, retaining its charm whilst remaking it, heightening the suspense for the audience. Yeh Kaali Kaali Ankhein is created and directed by Sidharth Sengupta, who is known for helming popular TV shows including Balika Vadhu and Apharan and stars Tahir Raj Bhasin, Shweta Tripathi, Anchal Singh, Saurabh Shukla, Surya Sharma, Brijendra Kala, Arunoday Singh, Anant Joshi, Sunita Rajwar and Hetal Gada amongst others. Watch the Yeh Kaali Kaali Ankhein teaser above.

ShemarooMe, the OTT app of Shemaroo Entertainment, is all set to launch a fresh new web series on 23rd December, which promises to leave viewers intrigued with every episode. Benaqaab, the new murder mystery show comes at the right time to end the year with a spine-chilling thrill and entertainment this winter. Benaqaab is about two news channels trying to unfold a story in their own way when a young female journalist from one of the channels is found mysteriously dead. It features Nimesh Diliprai, Amee Trivedi, Tannaz Irani, Kuldeep Gor, Puja Joshi and Dilip Darbar. Watch the Benaqaab trailer above…

Shehnaaz Gill’s latest Tweet, a promotional one for Netflix, has grabbed headlines. The Bigg Boss 13 contestant has shared an edited picture of herself on her Twitter handle and has seemingly taken a jibe at the current season of Bigg Boss, especially when the current season of Bigg Boss 15 is not doing well on the TRP charts, prompting, Shehnaaz’s fans to wonder whether she is making her Netflix debut.