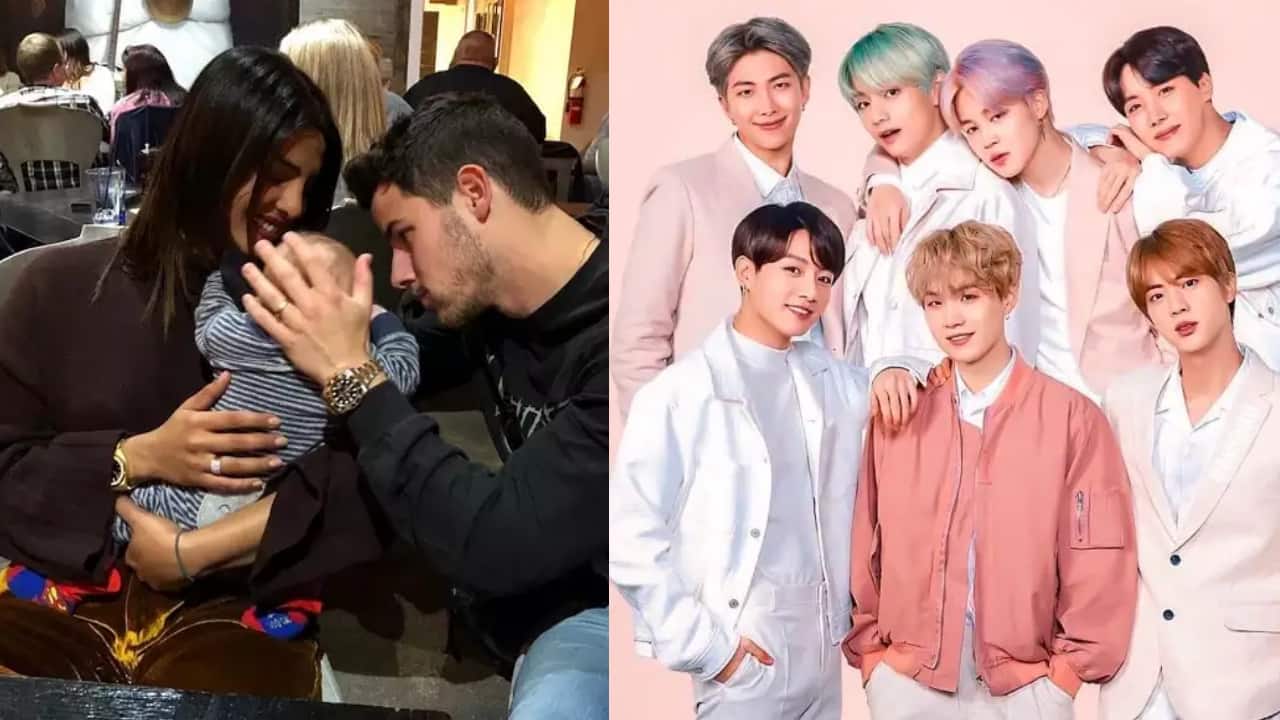 Well, well, well! The week has come to an end but we can say that the past few days were pretty entertaining for all. In Hollywood, a lot of stars grabbed attention. Among the biggest newsmakers of the week, we have celebrities like Priyanka Chopra and Nick Jonas, BTS stars, Kim Kardashian and Kanye West, Squid Game and more. Priyanka Chopra and Nick Jonas remained to be in the news as they welcomed their baby daughter through surrogacy. Pink Sweat$ expressed her wish to collaborate with Bangtan boys. To get all the gossip, scroll on! Also Read – BTS: From J-Hope’s Mickey to RM’s Rapmon, THESE pet dogs of septet are the cutest internet sensations we have ever seen [VIEW PICS]

Priyanka Chopra and Nick Jonas’ daughter Also Read – BTS: Taehyung and Suga aka TAEGI stans come out in their supprt after J-Hope forgets to click their pics on Hope Film – view tweets

Priyanka Chopra and Nick Jonas revealed that they have welcomed their baby daughter into this world through surrogacy. Soon pictures of the stars with kids went viral on social media. However, these pictures were of Priyanka and Nick’s niece and nephew. The couple is yet to share a picture of their daughter on social media. Also Read – Trending Hollywood News Today: BTS’ Jungkook’s English coaching class ad in Haryana viral, Tom Holland’s Uncharted final trailer and more

Pink Sweat$ asks for a collab with the Bangtan Boys

In a latest tweet Pink Sweat$ mentioned that he would love to collaborate with BTS’ RM, Jimin, Suga, Jin, V, J-Hope and Jungkook. Soon ARMY went crazy and demanded the collab to be dropped ASAP.

I would love to collab with @BTS_twt one day ???? I have thee perfect song idea!

In a recent interview, Kanye West reportedly claimed that there was a second s*x tape of Kim Kardashian and Ray J. However, the SKIMS owner denied all these claims. As per PEOPLE, a statement by Kim’s team reads, “After review, there was nothing sexual unseen, only footage on the plane on the way to Mexico and footage at a club and restaurant on the same trip. Kim remains firm in her belief that there is no new second tape that exists. After 20 years, she truly wishes to move on from this chapter with focus instead on the positive things she continues to do as a mother, entrepreneur and advocate for justice reform.”

Co-CEO and chief content officer Ted Sarandos recently confirmed that there will be a Squid Game part 2. He was quoted saying, “The Squid Game universe has just begun,” at Netflix’s fourth quarter 2021 earnings interview.

Late night TV host Jimmy Kimmel of ABC’s Jimmy Kimmel Live compared BTS to COVID-19 and that did not gone down well with ARMY. When he was asked about testing positive for COVID-19, he had said to Emily in Paris actress Ashley Park, “So, it was BTS fever. They both are very dangerous, you are lucky to come out of those alive.