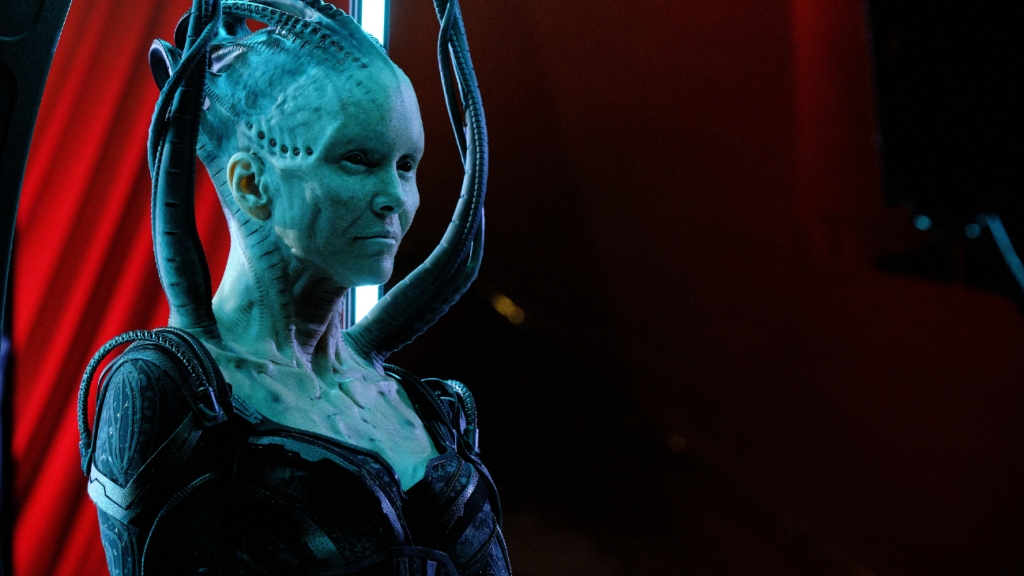 It has been a question pondered by Star Trek fans for years: Is there more than one Borg Queen or have multiple actresses played the same alien in assorted franchise projects? Picard newcomer Annie Wersching has thoughts on the matter.

“In my opinion, she is a different incarnation of the Queen,” says the third actress to embody the iconic role in season two of the Paramount+ series. “She is going to have all the information and all the memories that the other two Queens have, but she is her own incarnation.”

Wersching made her debut as the (unmasked) Borg Queen in “Penance,” the second episode. In an interview with The Hollywood Reporter prior to Thursday’s episode, the actress detailed her rollercoaster experience while also teasing what’s to come with one of Jean-Luc Picard’s (Patrick Stewart) greatest adversaries.

It is clear from “Penance” that Wesching’s Borg Queen is different from the previous versions, as this time, she is cut off from the Hive after Q (John de Lancie) returns to wreak havoc on the timeline.

“The Borg Queen is in such a distressed state at this point, which is not a way we are used to seeing her. She is usually so in control,” says the actress, who plays coy when asked about the Queen’s true intentions after agreeing to fix the timeline. “I think a really interesting development that happens through the season is her interest in Agnes (Alison Pill), and what is that exactly. There is something very interesting in their relationship.”

It becomes clear in “Penance” whatever Q did to the timeline, humanity took a dark turn with Picard becoming one of its greatest military heroes as a conqueror of alien races; xenophobia on Earth running rampant which comes to a head for the characters when Picard is supposed to publically execute the Queen, now the last of the Borg. That moment was a tough one, Wesching admits.

“It just makes you wildly uncomfortable, knowing there are people in the world who think like that for real,” says the actress of modern-day struggles around the globe. “Star Trek has always been so good about acceptance for everyone. And it is very strange to see the totalitarianism that is happening in this episode. It is not something that [the writers] had to reach that far into their imaginations to find, unfortunately.”

Wesching was cast as the Queen in December 2020 after auditioning via self-tape in April that year. In fact, so much time had elapsed due to the pandemic, she was in total shock when the call finally came. The actress would be the third Borg Queen in all of Star Trek, the first being Alice Krige in the feature film Star Trek: First Contact and then Susanna Thompson in the series Star Trek: Voyager.

“Before I auditioned, I watched First Contact, and then after I got the role, I watched every episode that had to do with the Borg,” Wesching recalls. “But I didn’t re-watch to mimic them. I wanted to watch once and get the information, and then take what I learned to make my own version. I know Alice is the queen of all Queens. It would be really special to meet her someday. Susanna and I actually worked together a bunch on the NBC show Timeless.”

Ironically, this is not Wesching’s first time working in the Star Trek world, as her first TV gig was a 2002 episode of Star Trek: Enterprise. And Picard producer Akiva Goldsman toyed with the idea of bringing the actress’ Star Trek adventure full circle.

“At one point, he was like, ‘You know, we could make it like the Queen assimilated her and make it all connected. It is Star Trek, we can make anything happen,’” Wesching says, with a laugh. It seems the idea, while fun, was not pursued.