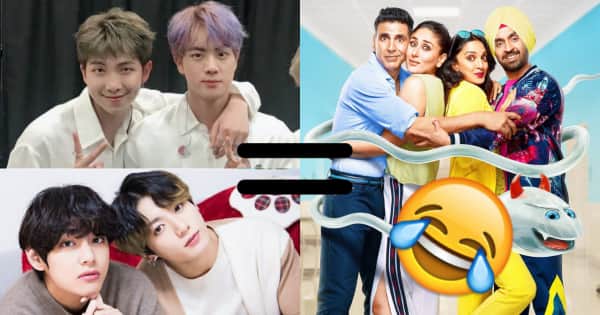 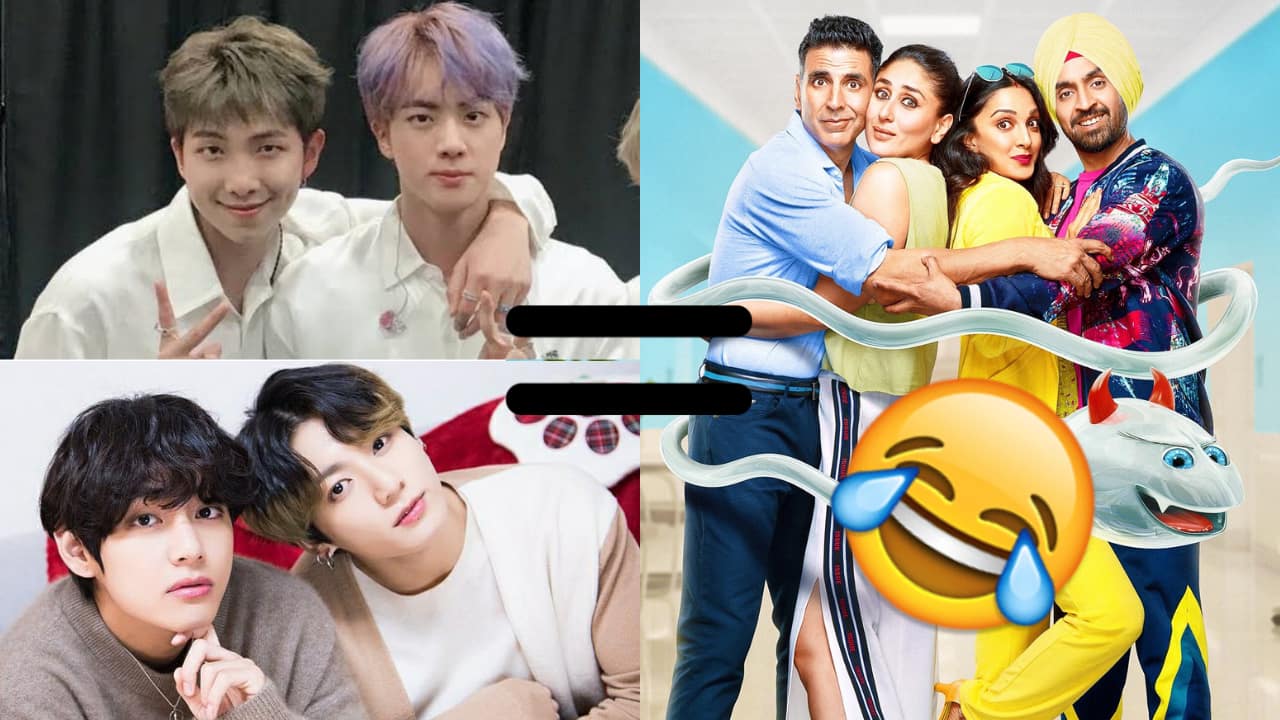 BTS ARMY is helluva creative and dedicated. Their MV edits are so much fun, especially, Indian BTS ARMYs. We have shared a lot of videos of BTS X Bollywood edits. And today, we are back with another edit. This time it’s over Good Newwz and features two heavily shipped BTS duos – NamJin, RM and Jin, and Taekook, Taehyung and Jungkook. While NamJin has stepped in Akshay Kumar and Kareena Kapoor Khan’s role, Taekook has stepped into Kiara Advani and Diljit Dosanjh’s characters from Good Newwz. Also Read – Akshay Kumar’s film slate 2022: To shoot Bade Miyan Chote Miyan, Selfiee, The End and 3 more projects

Whoever did the editing of this hilarious clip deserves praise. ARMY, y’all know how adorable RM and Jin are together. They perfectly gel into Akshay and Kareena’s roles in the edit. ARMYs have used such clips that you’d be thoroughly entertained. Taekook as Kiara Advani and Diljit Dosanjh, the younger generation, quirky and cheerful are adorable too. The video edit covers the whole trailer of 2019’s hit film Good Newwz. Desi ARMYs who love the bond between NamJin and TaeKook would be pleasantly surprised to watch the edit. And those who are new, well, it’s all in good fun. Watch the fan-made BTS X Good Newwz trailer edit here: Also Read – Trending Hollywood News Today: BTS’ Jungkook gives glimpse of boxing skills, Kanye West posts pic of GF Julia Fox and more

Meanwhile, as of now, the BTS members are resting. They had their overseas schedule in the US last month after which they took a break. Since the boys have also made their Instagram debuts. RM, Jin, Suga, J-Hope, Jimin, V and Jungkook have been sharing bits and pieces of their daily lives on the gram. On the job front, BTS could be working towards their next album. It will be opening a new chapter for the Bangtan Boys in the music world. On the other hand, BTS X Webtoon called 7 Fates Chakho will be releasing on 15 January 2022. The boys play interesting characters in the fantasy laced webtoon. Also, it is being said that a concert in Seoul is planned for March 2022. Also Read – BTS’ Jungkook calls himself a 2 AM person for THIS reason – deets inside