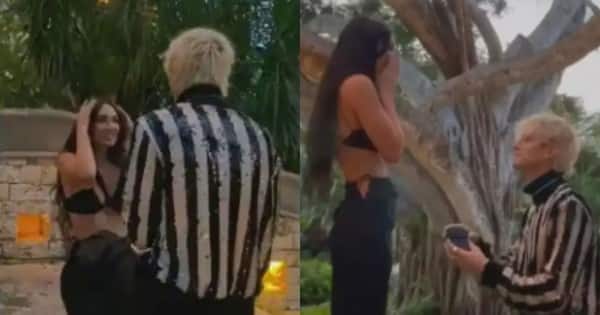 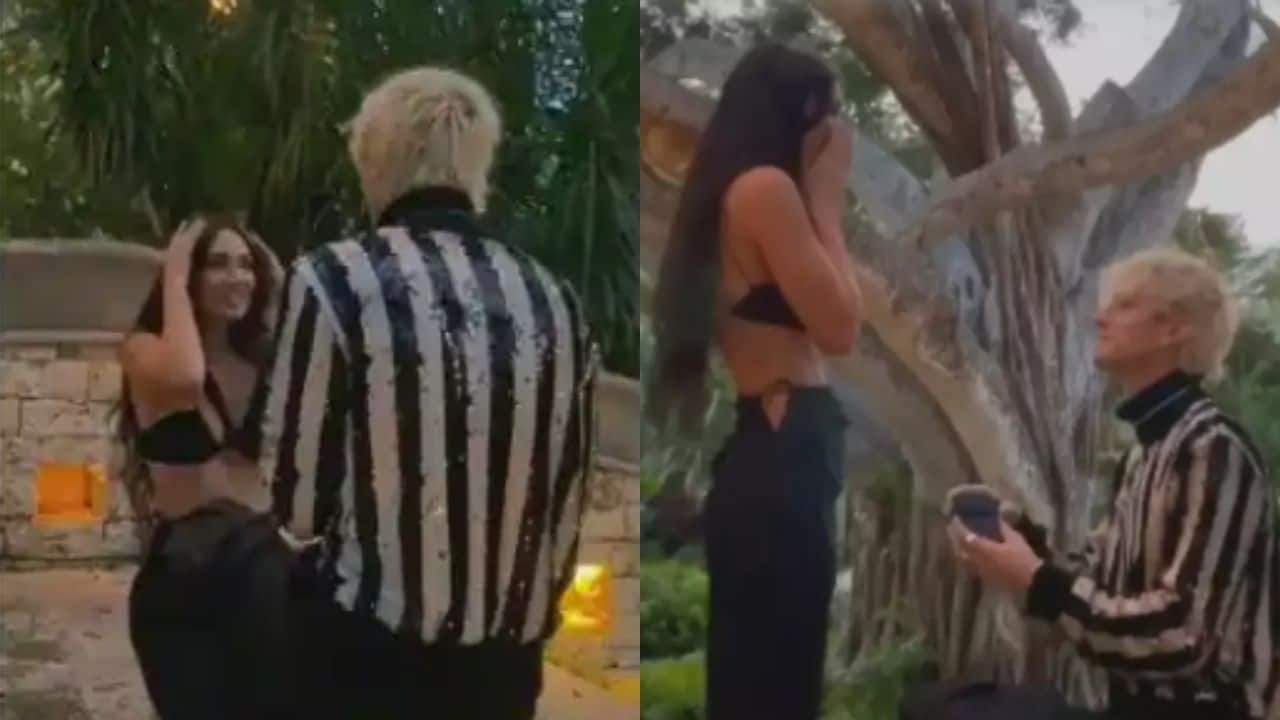 Megan Fox and Machine Gun Kelly are officially ENGAGED! Yes, you read that right. Well, the newly engaged couple announced the good news this morning after Megan Fox dropped a video of their romantic proposal on her Instagram. In the video, Machine Gun Kelly went on one knee to propose his ladylove. Isn’t this just way too sweet? Well, Megan and Machine Gun Kelly are giving major couple goals with their love story. The video also showed the two beneath a banyan tree which holds significance to their relationship. This place was the same where the two fell in love in July of 2020. Machine Gun Kelly even shared a video of the ring. “Somehow a year and a half later, having walked through hell together, and having laughed more than I ever imagined possible, he asked me to marry him. “And just as in every lifetime before this one, and in every lifetime that will follow it, I said yes. and then we drank each other’s blood” Fox wrote in the post. Also Read – Trending Hollywood news today: Kourtney Kardashian-Travis Barker’s PDA in Disneyland, Big shocker for BTS-Coldplay’s My Universe and more

Machine wrote, “’Yes, in this life and every life’ – Beneath the same branches we fell in love under, i brought her back to ask her to marry me. I know tradition is one ring, but i designed it with Stephen Webster to be two: the emerald (her birth stone) and the diamond (my birth stone) set on two magnetic bands of thorns that draw together as two halves of the same soul forming the obscure heart that is our love.” Also Read – Megan Fox and Kourtney Kardashian go topless for a photoshoot for a shapewear brand but it’s their chemistry that’s making people scream HAWT! – view pics

Well, the ring Kelly gave to Fox was two merged rings he had made especially for their engagement. The ring has a diamond and an emerald that forms a heart.

Fox was earlier married to actor Brian Austin Green and the two are parents to three sons. While Kelly has a daughter from his previous relationship.