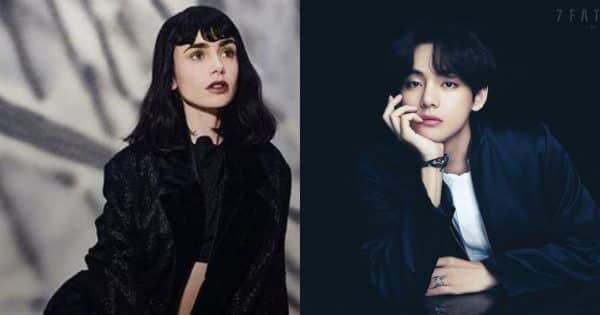 BTS is going great guns. The Korean septet is winning hearts all over. Now, they are on a break and consuming a lot of content on digital platforms. Emily In Paris is getting a lot of love. There is a sequence in the show where Ashley Park is singing Dynamite in a club in Paris. RM posted a shot of that scene on his Insta stories. The actress was thrilled to see that she got noticed by Kim Namjoon. Now, Kim Taehyung has shared a clip of the same on his Insta handle. He sent it hearts. The cast and crew of the show is thrilled to get such love from BTS. Also Read – Year Ender 2021: From Jungkook’s eyebrow-lip piercing to J-Hope’s condom shirt and Jimin’s rainbow hair – BTS’ style moments that made us fall harder for the band

This recognition has warmed the hearts of Ashley Park and Lily Collins. As ARMY knows, BTS V aka Kim Taehyung has said that his celebrity crush is Lily Collins. The actress put it on her Insta stories and said that she felt like she was in the stars tonight. Also Read – BTS: BigHit and Y-Bloom SLAM Jungkook-Lee Yoo Bi’s dating rumours; ARMY goes wild with memes – view tweets 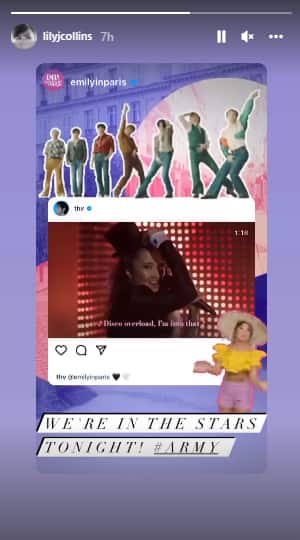 Ashley Park wrote that she was speechless as BTS members shared the performance of Dynamite. She said she was thrilled that Namjoon and V enjoy the cover so much. She said she hoped that one day all of them would sing it together in Paris. 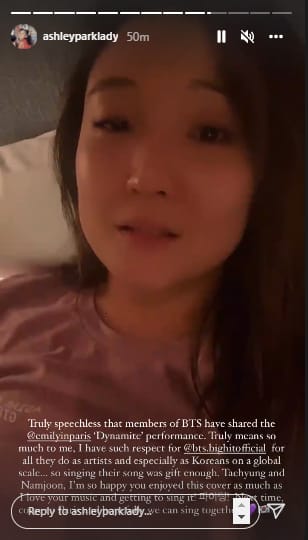 BTS members RM, Jin and SUGA are now in quarantine. The members tested positive some days back. The others are enjoying their break. Kim Taehyung’s birthday is falling on December 30. Globally, fans have made huge projects for the Winter Bear singer. We do not know how Kim Taehyung is feeling getting this shout-out from his crush. Such interactions of the BTS members with other celebs is just too cute.