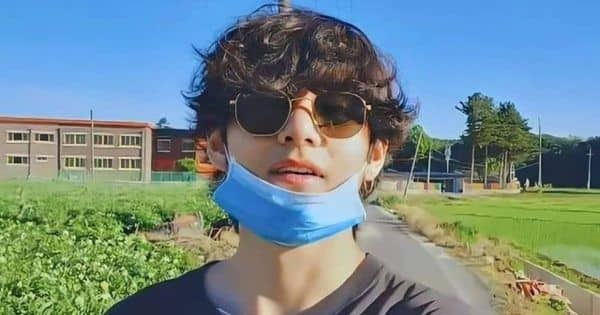 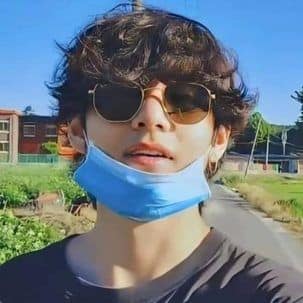 BTS is enjoying a break now. J-Hope and Kim Taehyung made most of this holiday and headed to Hawaii. The islands are very popular with Japanese and Korean tourists. Both these members had their families along with them. J-Hope’s parents and sister accompanied him to the trip while people were not sure about BTS V. They thought he had gone alone or with some staff members. But he revealed on Weverse that his idea of a perfect holiday is one with his family. Yesterday, he shared a number of snippets from his vacation. In one of them we can see him sipping from a glass. The vocalist revealed that it was vodka and he could not proceed after a first sip. Not wanting to waste his drink, he told his dad to finish it off. Isn’t that not relatable AF? Also Read – Trending Hollywood News Today: Edited video of BTS boys grooving on Tip Tip Barsa Paani surfaces, Parasite actor Park So Dam undergoes surgery after being diagnosed with papillary thyroid and more

TH: tried vodka for the first time heh
had one sip and gave it to dad heh
it’s bitter heh
it’s so strong geh (heh)@BTS_twt pic.twitter.com/o4JvJXpw7H

It is a known fact that father and son share a great bond. BTS V had said that how father was thoroughly supportive of his music career and got his saxophone lessons. He also supported his son’s decision to embark on a career as an idol, providing the needed emotional and moral support. Now, we know who clicked those pics of Kim Taehyung in Hawaii and made the video of him singing. We hope to get a father and son pic sometime on his Insta. Also Read – BTS X Tip Tip Barsa Paani: Bangtan Boys’ swag on Katrina Kaif’s song is on point in this ARMY edit – watch FUN video

Kim Taehyung also told fans that he was working on music, which made fans super excited. They want a Christmas song from him. J-Hope also shared a number of pics on his Insta handle. In fact, he is on fire on the app. BTS front-man RM is touring all over the US visiting art museums and galleries. The break has given BTS time to recharge after a very hectic 2021. The group swept nine awards at MAMA making a record of sorts. Also Read – BTS yet again tops the list of highest-earning K-pop idols on YouTube for 2021; can you guess the amount they earned?