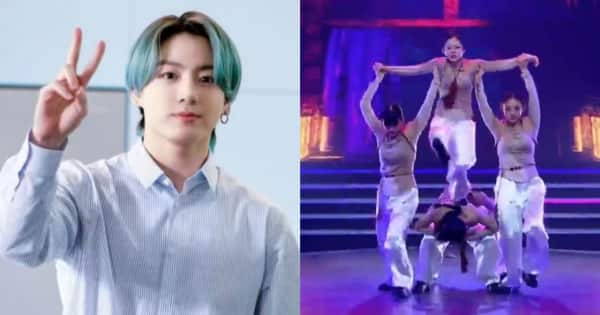 Ever since BTS has joined Instagram, they have been giving insight into their lives and what they have been up to on their break. Jungkook, who recently grabbed headlines for creating a record of fastest likes on his post featuring Song and Paeng, Bam’s brothers, has given a shout out to his ‘fave’ Newnion crew in the Street Dance Girls Fighter. Jungkook who had been watching the finals of Street Dance Girls Fighter took to his Instagram stories to give a shout out to the girls. He greeted every crew be it Floor, Brand New Child, Mis Molly or Newnion. The finals, it seems was between Newnions and Turns. The latter won the competition. Jungkook congratulated the crew on winning the title. He penned a note for Newnion saying, “Goodbye NEWNION. They were my first choice. All of you worked hard. I had so much fun watching while I was on break.” Also Read – Trending Hollywood News Today: BTS’ V jealous of those familiar with Matt Maltese’s songs before him; Gal Gadot responds to Ali Fazal and more

Before congratulating Turns on their win and writing a note for Newnion, Jungkook bid adieu to the rest of the crews in the competition in separate stories. “Bye Floor,” “Bye Clue C [K.L.W.C],” “Bye Brand New Child,” and “Bye Mis Molly,” in four different stories. Checkout Jungkook’s stories here: Also Read – BTS: After Suga, RM and Jin fully recover from COVID-19; ARMYs beam with joy, calls it the best news ever 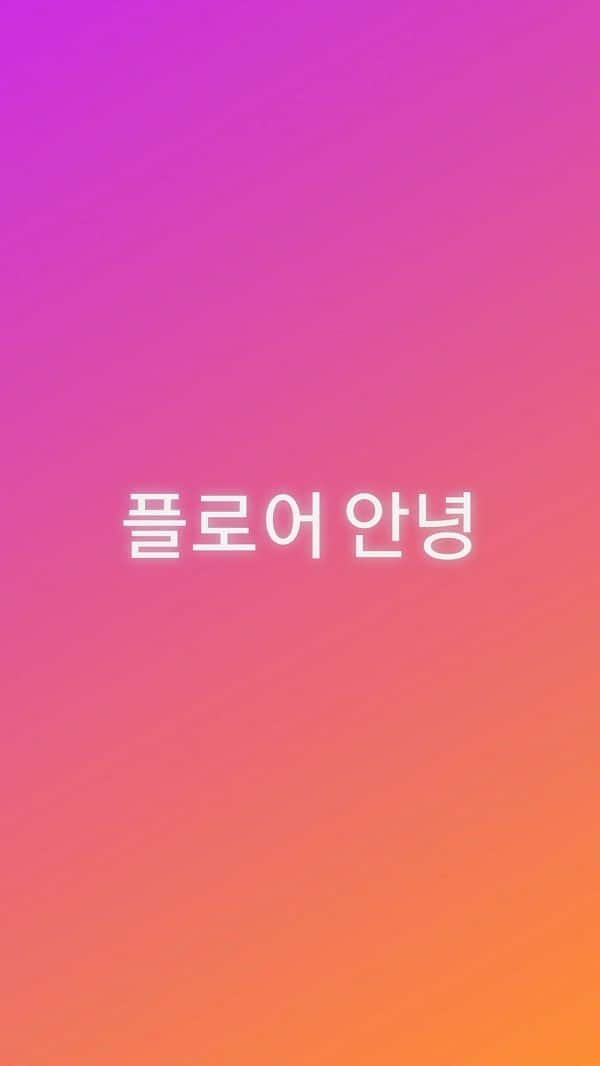 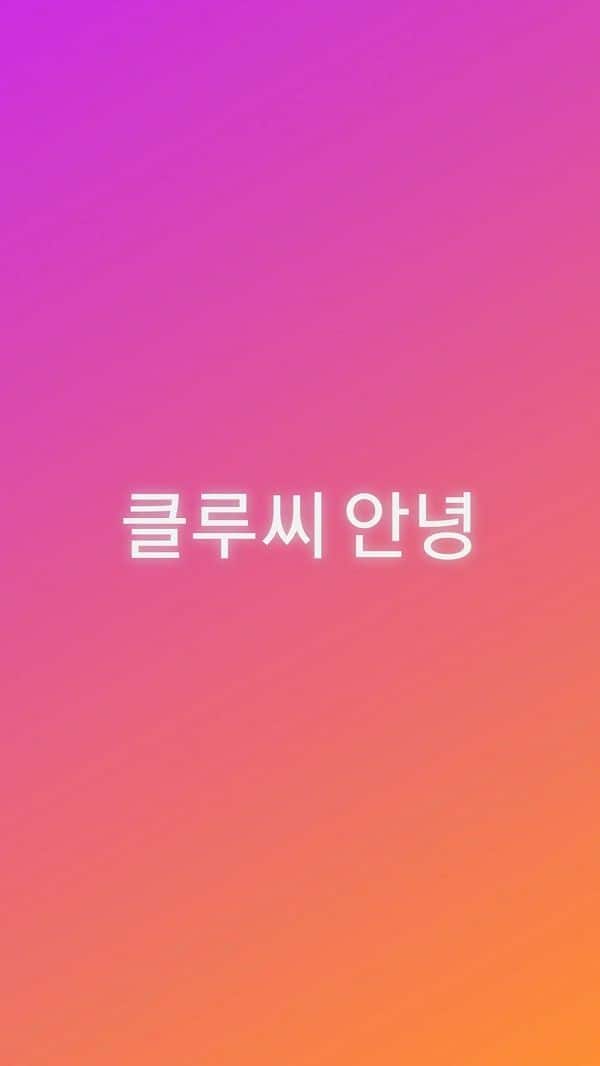 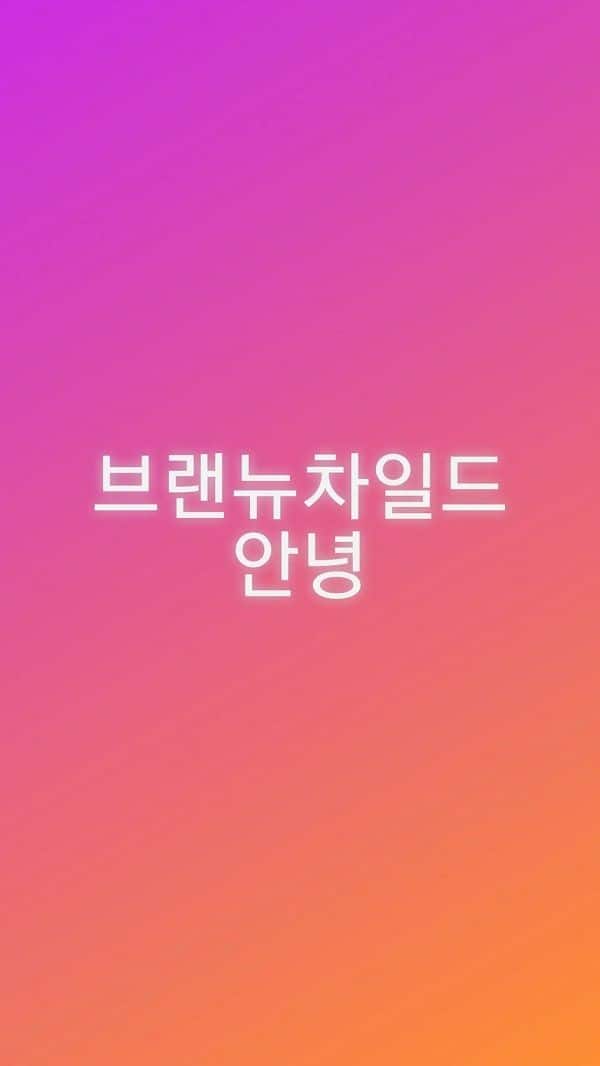 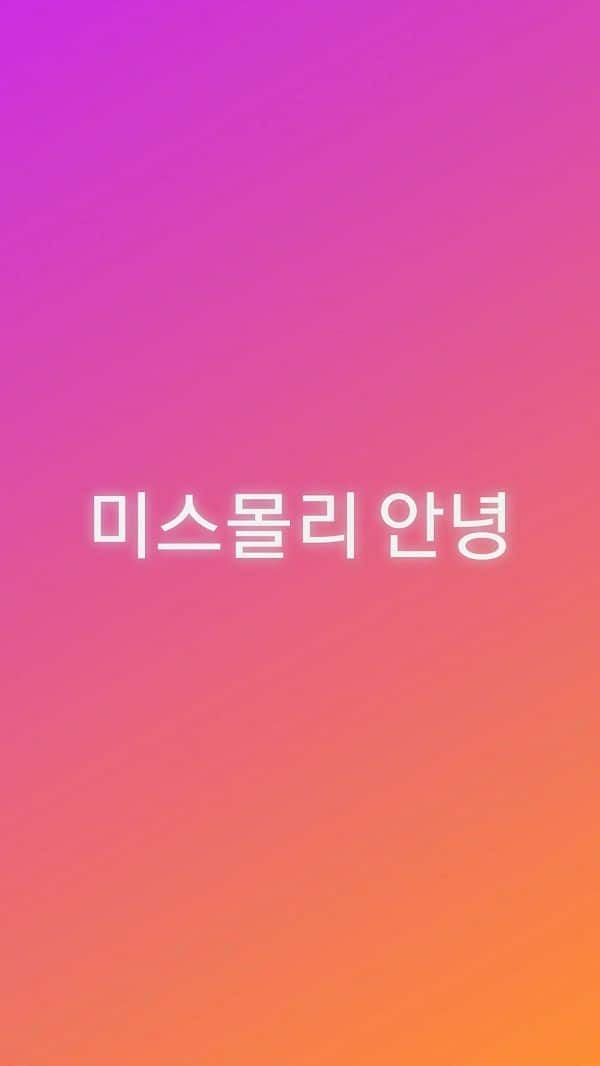 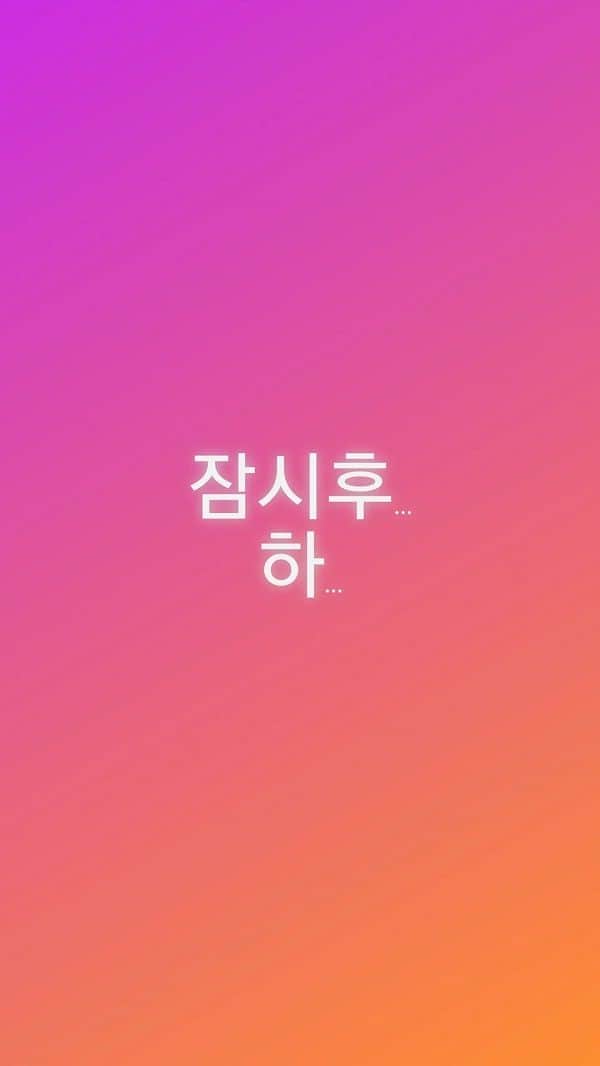 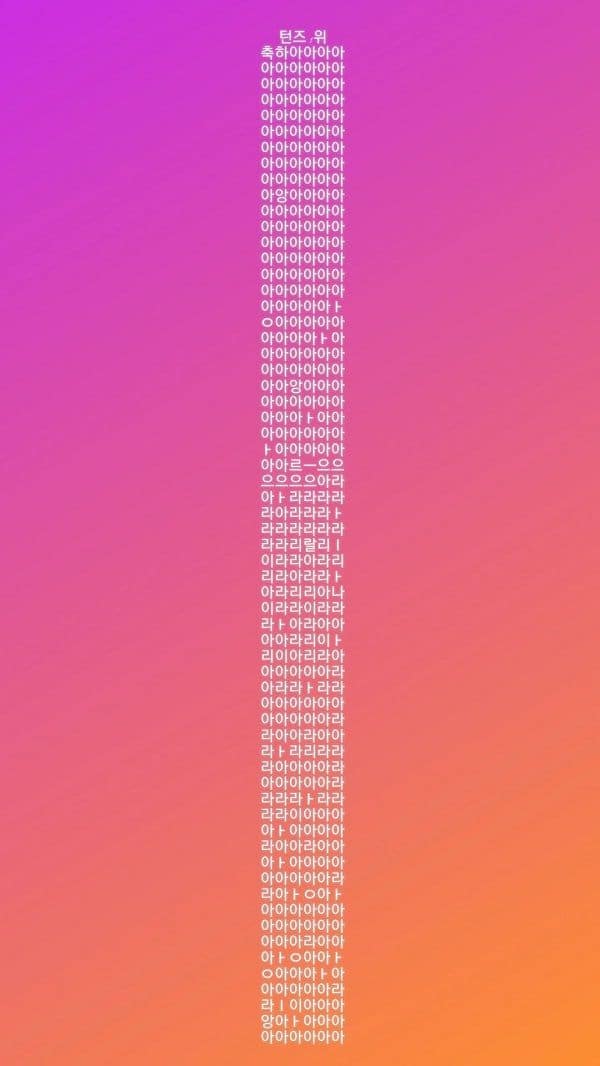 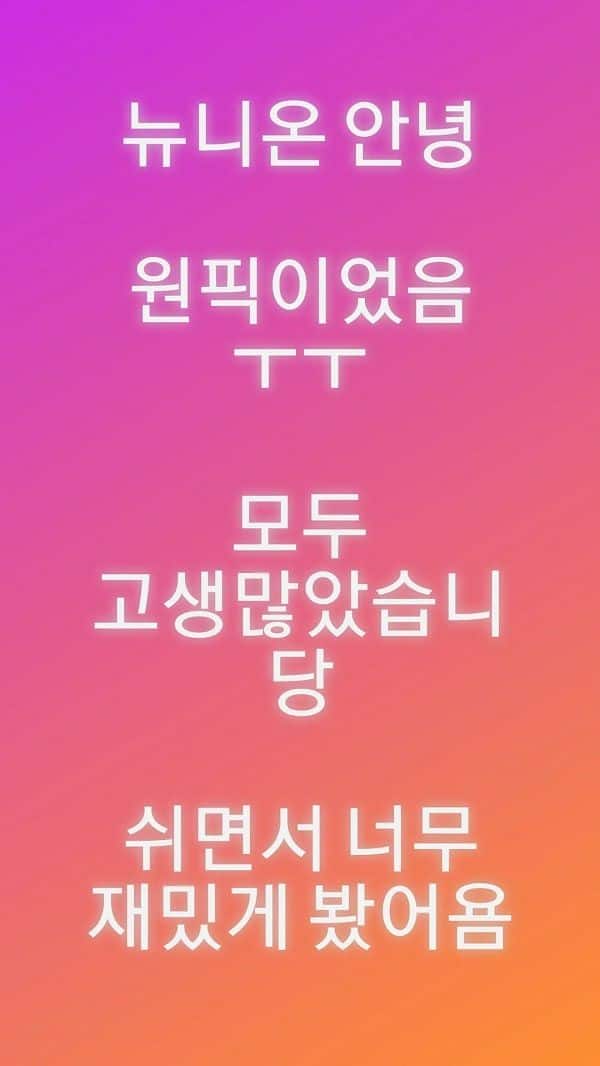 Newnion member Simmon (Kim Soo Hyun) saw Jungkook’s story and reshared it. She captioned it saying, “It’s an honor…” with a surprised, happy and white heart emoticon. Check out her story here: 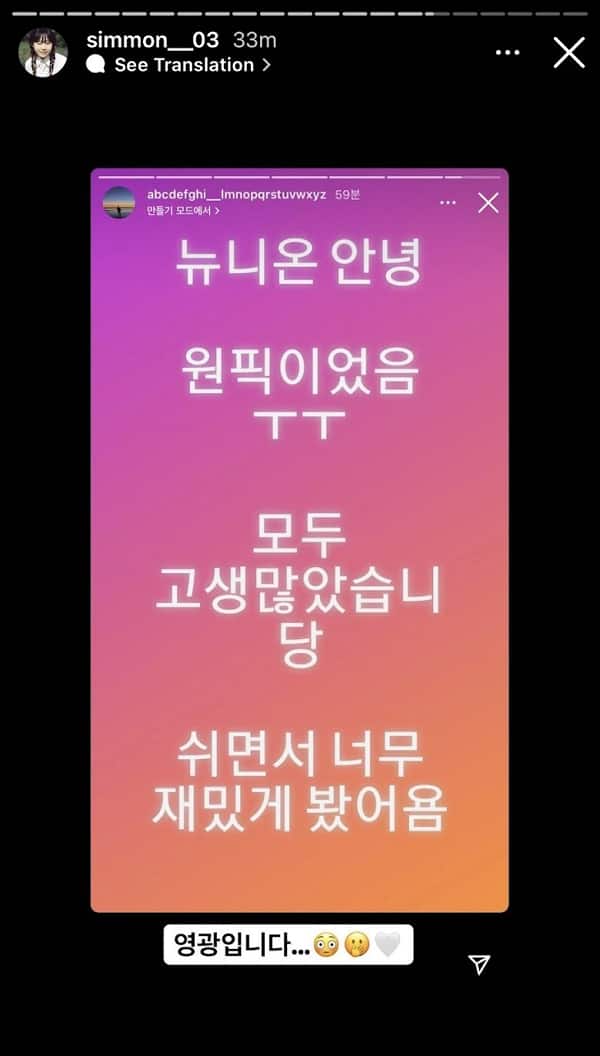 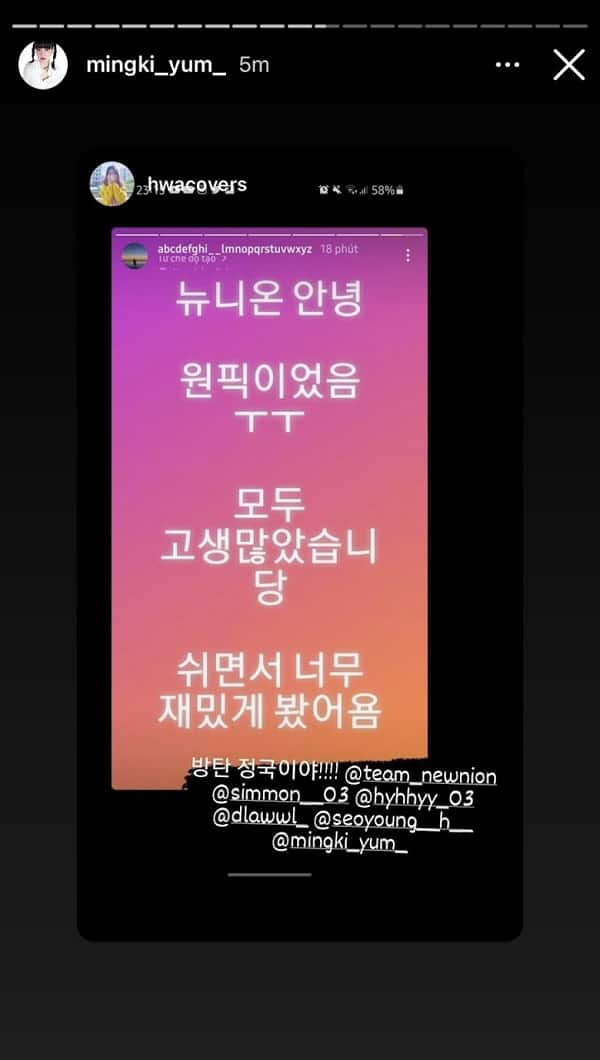 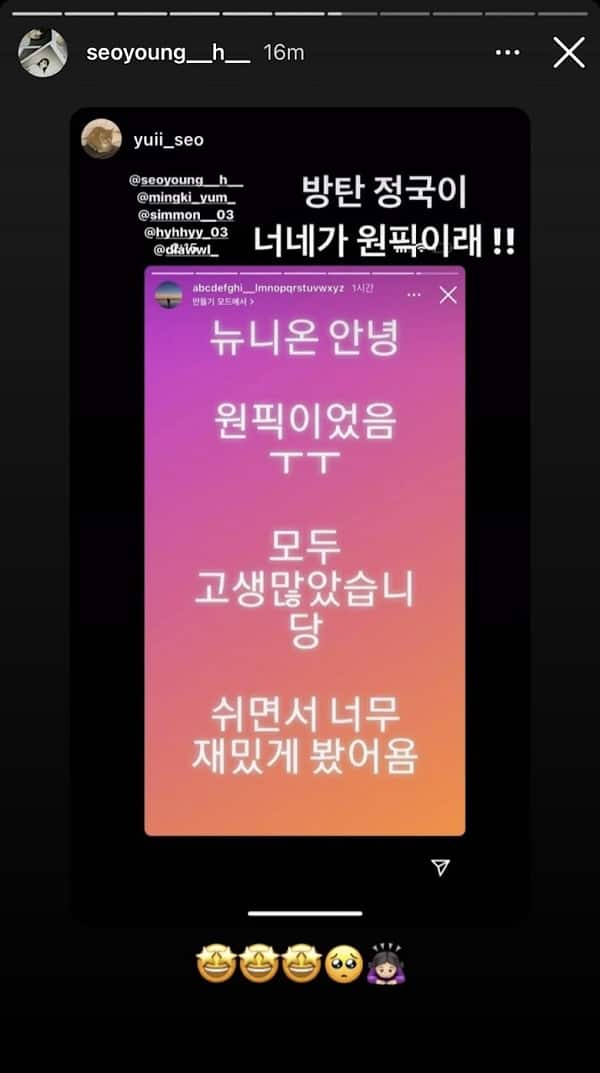 For those not in the know, Street Dance Girls Fighter is a spin-off of Street Woman Fighter. It is basically a dance survival program that airs on Mnet. In the show, some talented teen dance crews compete with each other to earn a scholarship, a trophy, and the opportunity to be advertising models for financial services.