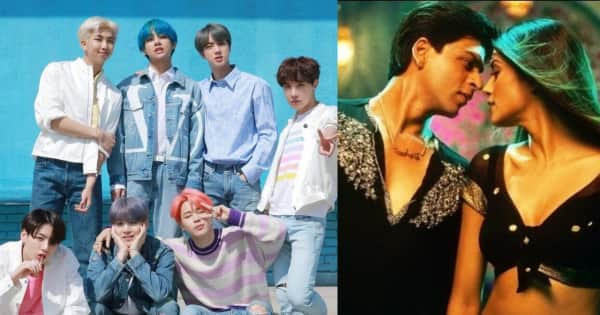 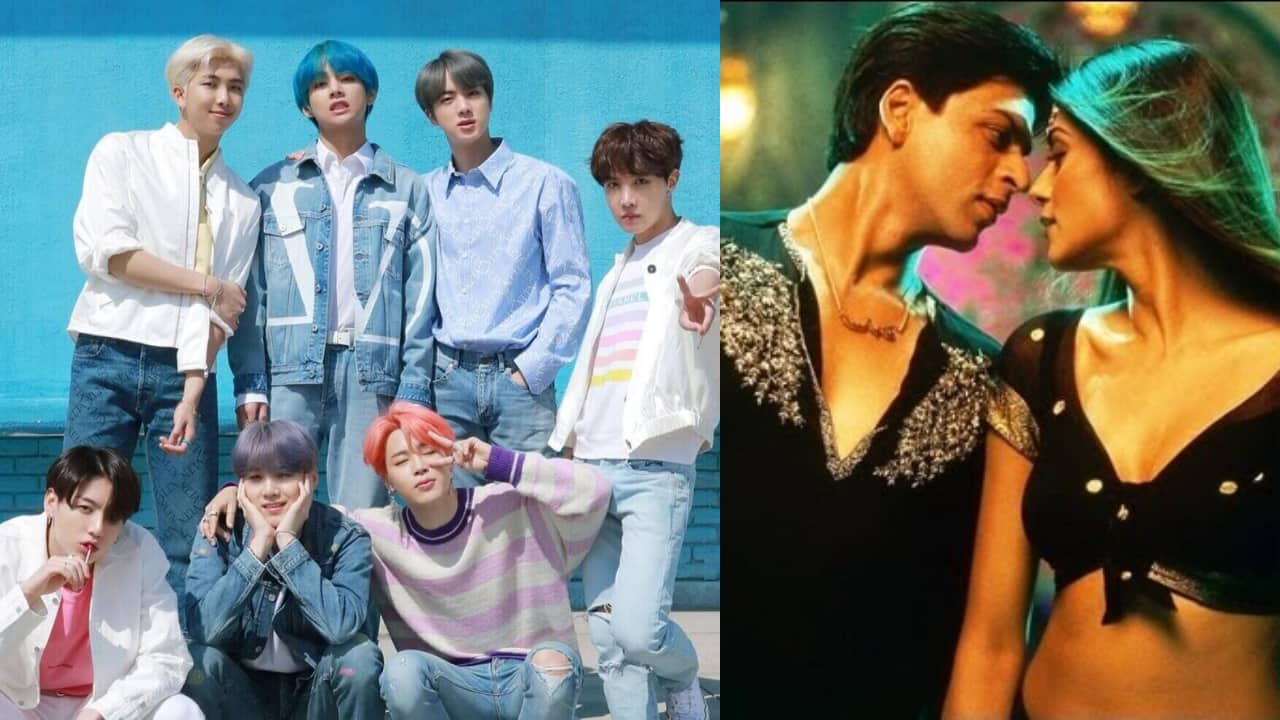 Hola BTS ARMY, we are back with yet another BTS X Bollywood collaboration made by ARMY themselves. We have yet another Shah Rukh Khan number today. And it’s as iconic as the film itself. Today, ARMY, we will be having a dekko at RM, Jin, Suga, J-Hope, Jimin, Taehyung and Jungkook grooving to Shah Rukh Khan, Sushmita Sen, Zayed Khan and Amrita Rao starrer song Tumse Milke Dil Hai Jo Haal from Farah Khan’s Main Hoon Na. And boy oh boy, it’s such a visual treat. Imagine, it’s BTS (always a treat) and on top of it, SRK song, peppy track guaranteed. Also Read – From Shah Rukh Khan’s ‘Sattar Minute’ to Vicky Kaushal’s ‘How’s the Josh’ – here’s how to use these 10 Bollywood patriotic dialogues in daily life

The song begins on a hilarious note. It’s a clip from the Run BTS episode wherein Suga aka Min Yoongi turned into a foreign exchange student Min Yoonki. The violin begins and we see none other the clip than of Taehyung playing Twinkle Twinkle Little Star on the violin to match with the music. EPIC, ARMY, kudos to the editing. The most fun part of this edit is the hits they have matched with the body hits of BTS boys. Each thumka has been perfectly synced by the editing team which makes the video all the more fun to watch. From BTS’ Idol to Dynamite, Filter more, from close-up shots to focus groups, the edit surprises you in a pleasant way. The video also includes Chim Chim playing Ukulele and TaeTae playing the Saxophone. BTS aces at expressions and the video is filled with amazing facial expressions by each BTS member. J-Hope’s swag is on point. Don’t miss out on Suga grooving on Sonu Nigam’s voice. The video also features BTS’ songs such as Boy With Luv, Blood Sweat Tears, Mic Drop to name a few. Check out the video here: Also Read – Trending Hollywood News Today: BTS’ Jin delivers strawberries to trainer, Priyanka Chopra-Nick Jonas renovate LA home for baby and more

Meanwhile, BTS seems to be on a break, enjoying their family time. Their previous posts have hinted at the Bangtan Boys having a reunion which had led to speculation of them resuming their schedule. However, there is no confirmation on the same. Meanwhile, ARMY is badly missing the boys. How did you like BTS grooving to Pathan actor’s song? Let us know by tweeting @bollywood_life. Also Read – BTS: SUGA aka Min Yoongi’s pre-debut pics will leave you amazed at his TRANSFORMATION from cutie to sexy global superstar