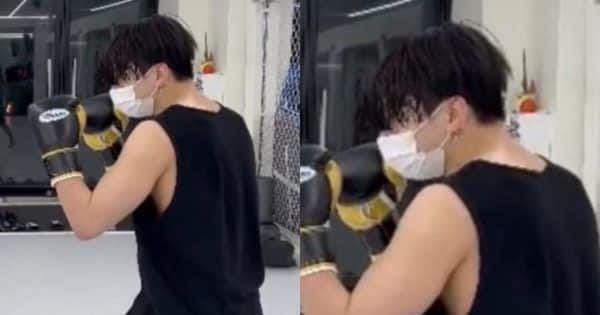 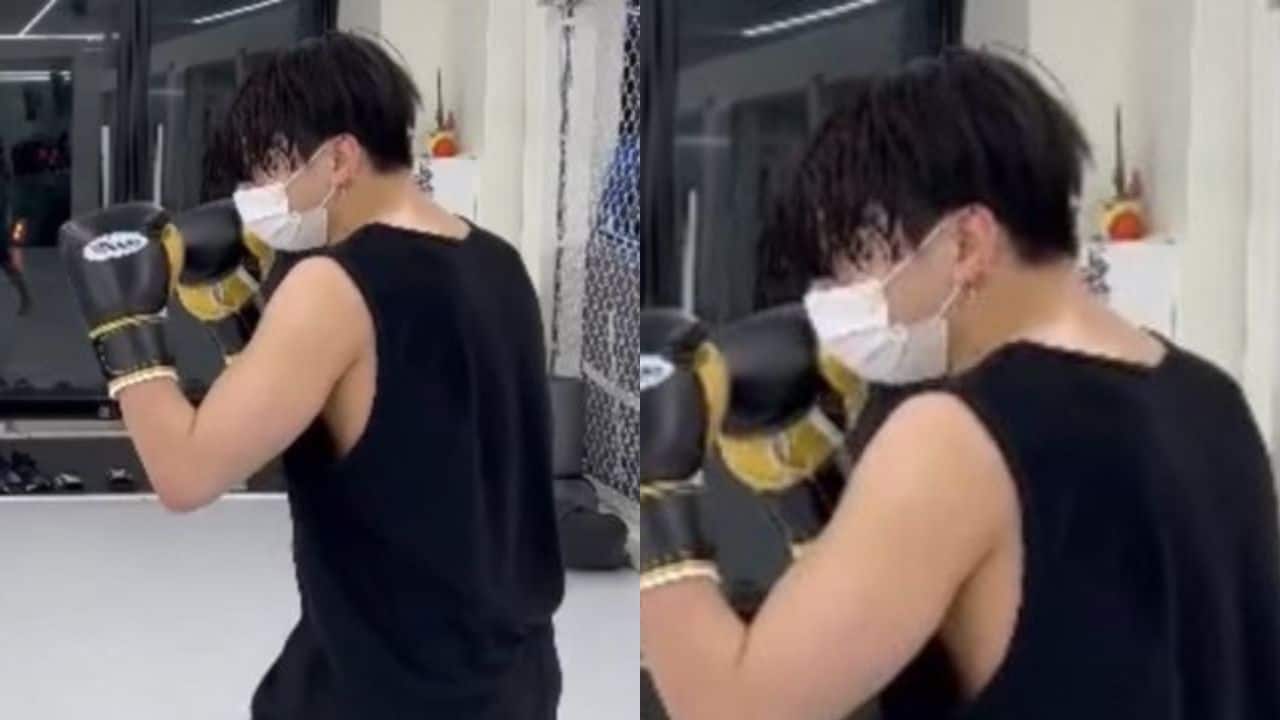 BTS’ youngest member Jungkook has recently shared the latest video wherein he has shown off his boxing skills and ARMYs cannot stay calm. On Tuesday, he gave a sweet surprise to ARMY as Jungkook shared a glimpse of his boxing practice with his coach Tommy. In the video, Jungkook wore a black sleeveless T-shirt and matching shorts along with a white mask on his face. Jungkook captioned the video as, “It’s difficult.” Within no time, the video garnered more than one crore likes in five hours. Tommy reposted the video and wrote, “Sharp.” Also Read – BTS X 7 Fates – Chakho: Kim Taehyung aka Jooan’s tale of Forbidden Love with Tiger sparks off speculations about his love interest – read tweets

ARMY could not take their eyes off Jungkook and react to the video. A fan wrote, “Another video of Jungkook boxing in a sleeveless (tee). I’m passing out!??!?” Another person wrote, “It’s just week two of 2022 and we got another video of Jungkook boxing!? I don’t think we can survive 2022!? JK is insane… Gym videos soon!?” “Next thing you know Yoongi’s writing a song to the beats of the punch,” wrote another user. A Twitter user commented saying, “The guy knows that he is never going to let us see his exposed right arm! Never! But he likes to tease.” ARMYs were on cloud nine as Jungkook shared the latest video and showcased his boxing talent. A fan wrote, “I’m thankful to Koo for not posting the video with his tattoos on display and keeping our sanity intact having said that, Koo is the coolest and I absolutely am in love with his body art,” “Oh my God, Jungkook. He’s driving me nuts, just how passionate he is!!” wrote another fan. Also Read – BTS’ V’s artist-made collection merchandise gets sold within minutes; ARMY demands a RESTOCK – read tweets

Here are some more reactions:

Dear @BTS_twt #Jungkook, How are we supposed to buy your artist-made merch when we’re all dead bec you chose violence this morning? #BTS_Butter, #Butter, @BTS_Twt,#BTS https://t.co/xmQCGaxREQ

jeon jungkook you should pay for my therapy pic.twitter.com/AZqFh6uSIv

I want him to just pic.twitter.com/UxNZRojnCP

Moreover, an interesting thing in Jungkook’s boxing video that caught everyone’s attention was V’s presence. Sharing a screenshot of a person dressed in a white jacket and blue denim, ARMY wrote, “The scarf, the height, the legs and even the length of the jacket….it’s definitely him.” “Awwwww Taekook. Sooooo Tae was with Jungkook? Is there any doubt it was Tae? Ahhhhh It’s Kim Taehyung that’s it,” wrote another user.

On the work front, BTS members including RM, Jin, Suga, J-Hope, Jimin, V, and Jungkook are taking some time off their busy hectic schedules. The members are spending quality time with their loved ones. Last month, BTS’ agency Big Hit Music had informed everyone that the band’s break will enable them to get “re-inspired and recharge with creative energy”.

Hollywood ‘This Is Us’: Who Is Nicky Pearson’s Wife in the Future? Theviraltime
Hollywood Spider-Man No Way Home director Jon Watts to reboot the done-to-death horror franchise Theviraltime
Advertisement