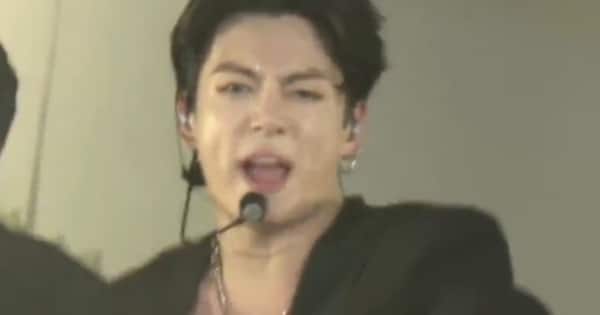 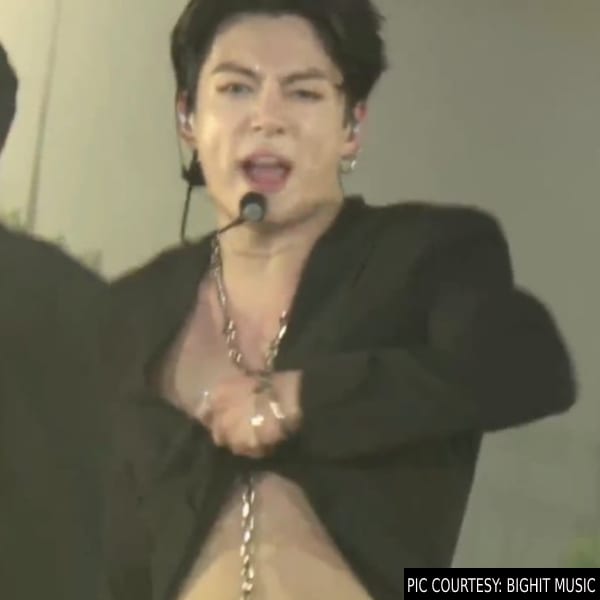 The BTS Permission to Dance on Stage Concert is all that anyone’s been talking about in the music world of late, considering that a.) The K-Pop band is arguably the hottest thing on the global music stage at the moment and b.) This will be the band’s first, proper, full-fledged in-live concert for their fans all around the world ever since the onset of COVID-19 pandemic and the first lockdown. Given the scale of the event, the BTS members – Jin, J-Hope, Jimin, Jungkook, V, Suga, RM – are undoubtedly leaving no stone unturned to make everything extra-special for ARMY (that’s what BTS fans the world over refer to themselves as). Also Read – BTS Permission To Dance On Stage Seoul: ARMY trends ‘STAGE GENIUS V’ as Kim Taehyung impresses with his cuteness and dance moves

In keeping with that spirit, Jungkook sent BTS fans into a tizzy when he performed his iconic ‘shirt lift’ step form the song, Fake Love, for BTS fans gathered at the stadium in Seoul, South Korea, where the Permission to Dance on Stage Concert is currently being held live (it’s also being simultaneously streamed around the world for those who can’t attend it). For the uninitiated, Jungkook is usually the lead dancer of the band, and it’s moments like these that ARMY wait for from him. His ‘shirt lift’ step, where he flaunts his well-toned abs for the fans has always been loved, so, needless to say the euphoria in the arena skyrocketed the moment he did it. Check it out below: Also Read – BTS Permission to Dance on Stage Concert: No clapping, yelling, chanting and more restrictions laid down for ARMY

Word is that Jungkook was not keeping well prior to the concert, but still went out of his way to work out and keep himself in fighting-fit shape just to treat his fans to his signature move as he wanted to give it his all since BTS was performing in Seoul after almost 2 and a 1/2 years. Also Read – BTS Permission To Dance On Stage Seoul: Park Jimin in his see-through shirt leaves ARMY gasping for breath – read tweets