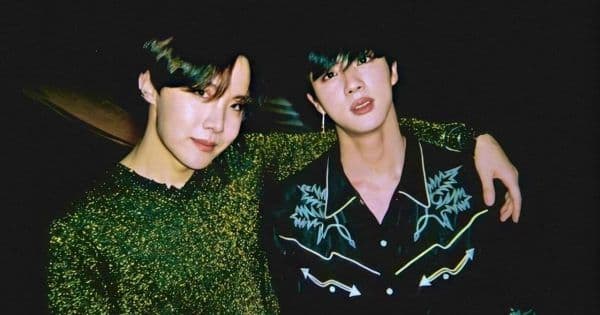 BTS isn’t just a group come together to deliver music, with almost every single of their songs topping the charts, no doubt. Besides the K-Pop band’s repeated, record-breaking music, another thing that creates their captivating appeal for ARMY (that’s what BTS fans the world over refer to themselves as, and there’s countless of them) is their irresistible bond, topped by the infectious moments they share with each other, a prime example of which we again saw with a recent moment shared between BTS members J-Hope and Jin. And the moment wasn’t even forged in person, but inline, so just imagine the kind of magic the band creates when they’re together. Also Read – BTS: J-Hope and ARMY welcome RM back from his vacay – deets inside

So, basically, all the BTS members are on a festive break from creating music, having gone home for the Christmas holidays to spend some much-needed downtime with their families. However, that hasn’t put a spoke in their interactions with one another. What happens in this case is that J-Hope took to his official Instagram handle to post a picture with one of his soft toys from his collection, with the singer-songwriter attired in a green T-shirt under a black hoodie. If the picture won ARMY’s heart in no time, then Jin’s comment on it took BTS fans to seventh heaven. Also Read – Trending Hollywood News Today: BTS’ Suga gets top 3 spots on US Spotify, Priyanka Chopra fumes at report addressing her as Nick Jonas’ wife and more

Taking to the comments section of J-Hope’s post, Jin wrote (translated): “Let’s have a drink with me on Christmas Eve,” to which Jin wasted no time in replying (translated), “Contact me, ” with a fire emoji, which actually turned out to be the latter’s way of pulling his friend and group member’s leg as he soon followed up with another comment that read: “Sorry I have to do a game event.” Check out their banter below: Also Read – BTS’ Suga grabs top 3 spots on his biggest debut as an Asian soloist on US Spotify 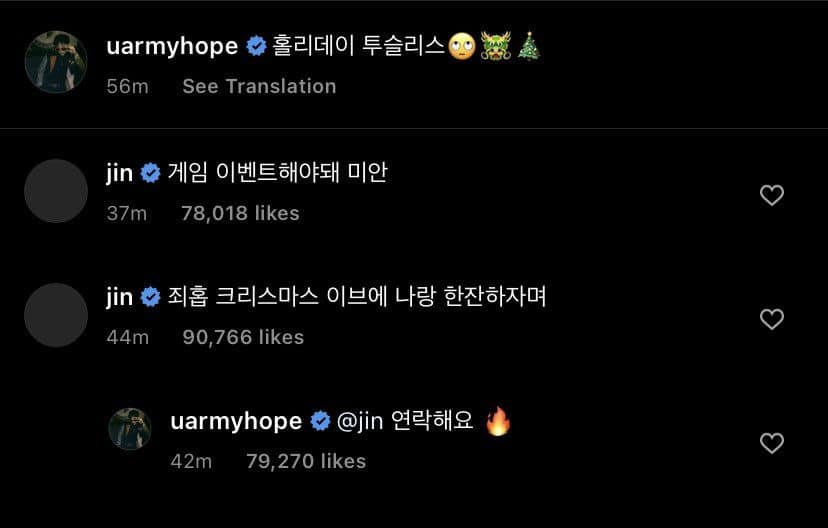 ARMY, indubitably, went into overdrive with their reaction, labeling both J-Hope and Jin the “cutest”. Check out some of the best reactions below:

comment
? jwehope, you said you wanted to have a drink with me on chritsmas eve
? contact me ?
? i have to do a game event, sorry pic.twitter.com/s0Y7tVA7us

Jin was asking for a drink with jhope for 2 weeks straight and hobi kept teasing him, now Jin is taking the revenge on hobi ?

2seok is a trending topic on twitter after j-hope and Jin’s interaction on instagram! #제이홉 #JHOPE pic.twitter.com/u0ZYcP4qJk

jin: jwehope, you said you wanted to have a drink with me on christmas eve?
jhope:contact me?
jin:oops i have a game event?
hobi and army: pic.twitter.com/Sw37HMBPAq

We wonder who are more adorable, the BTS members or ARMY?