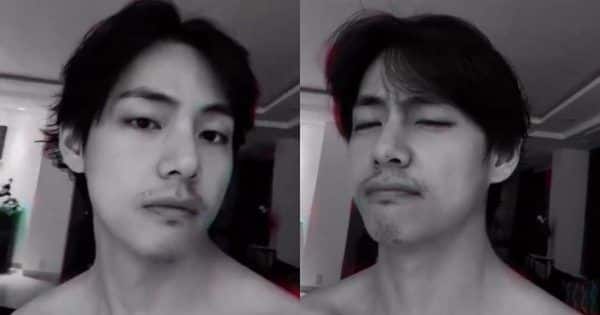 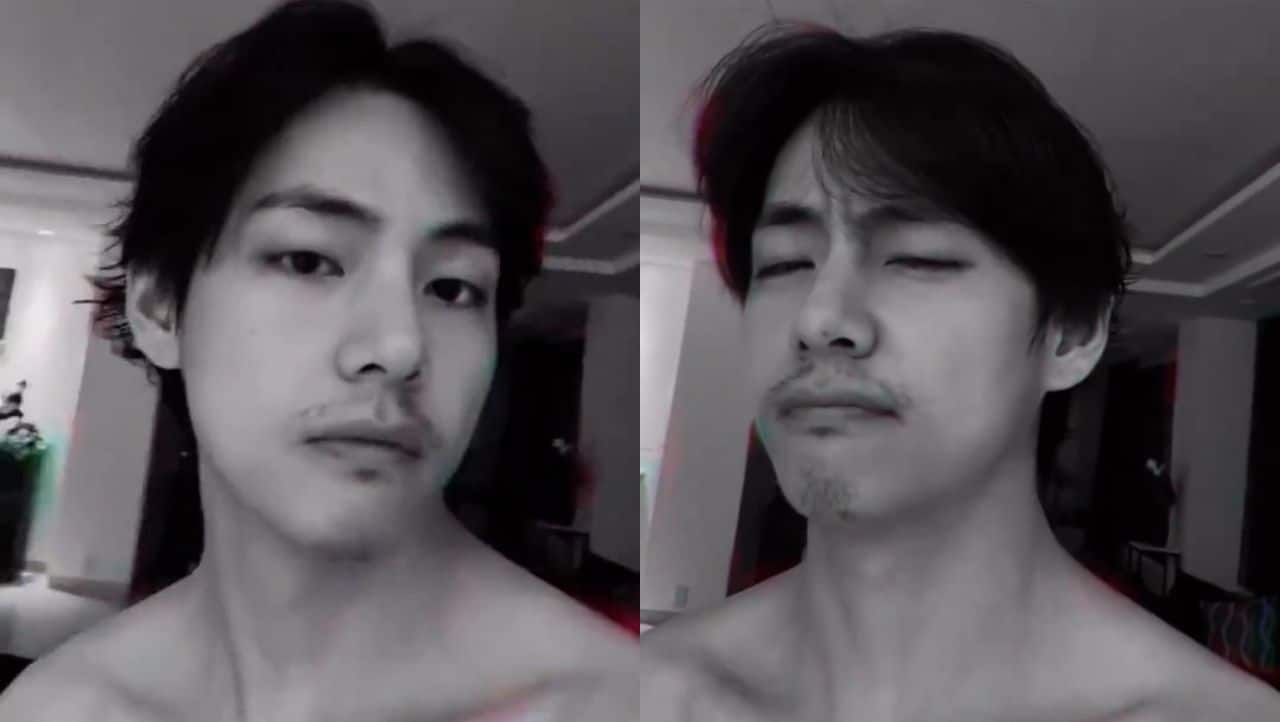 Kim Taehyung aka V made ARMY go crazy recently as he posted a shirtless video of himself on Instagram. He revealed his bare shoulders and facial hair in the video. ARMY can’t keep calm. A user wrote, “EXCUSE ME SIR” Mr. Kim Taehyung what are you doing to us??? I CAN’T BREATHE wtfffff! ? Please someone stop Taehyungssi from dringking for our own sanity!!” Another fan added, “Taehyung said NO ONE IS SLEEPING. Like seriously MR KIM TAEHYUNG WHAT WAS THE REASON??????????!??!?!??!” Have a look at how ARMY is reacting. Also Read – BTS’ V aka Kim Taehyung giving relationship advice at 5 am to a fan who wants to breakup with boyfriend wins ARMY’s heart

“EXCUSE ME SIR” Mr. Kim Taehyung what are you doing to us??? I CAN’T BREATHE wtfffff! ? Please someone stop Taehyungssi from dringking for our own sanity!!! ??? pic.twitter.com/fQjpWAmbVM

TAEHYUNG ARE YOU KIDDING ME?!??? pic.twitter.com/Ne8VOx1ESR

HE’S SO HOT FOR WHAT ? pic.twitter.com/1Xi5PcNCXJ

Kim recently made his debut on Instagram on December 6 and has over 26.7 million followers already. He became the fastest band member to break the records and reach 1 million followers on Instagram in just 43 minutes. Also Read – BTS: J-Hope and Jin make drinking plans on Christmas Eve; their adorable Instagram conversation makes ARMY label them the ‘cutest’ – view post and comments

In a past interview with Weverse Magazine, V was asked how he passes time when he’s alone. He said, “I really like just spacing out, so I’ll sit in my room doing nothing for hours.” Yes, you heard that right. He simply stares into space for hours. He also said that he could watch a movie instead, but based on past experience, he would go back to zoning out anyway. He also said that he may make a song about it one day and call it Spaced. The most important part for him is that he keeps himself happy. And spacing out is one way he does just that. It might seem silly, but it is very effective. Also Read – BTS: J-Hope and ARMY welcome RM back from his vacay – deets inside