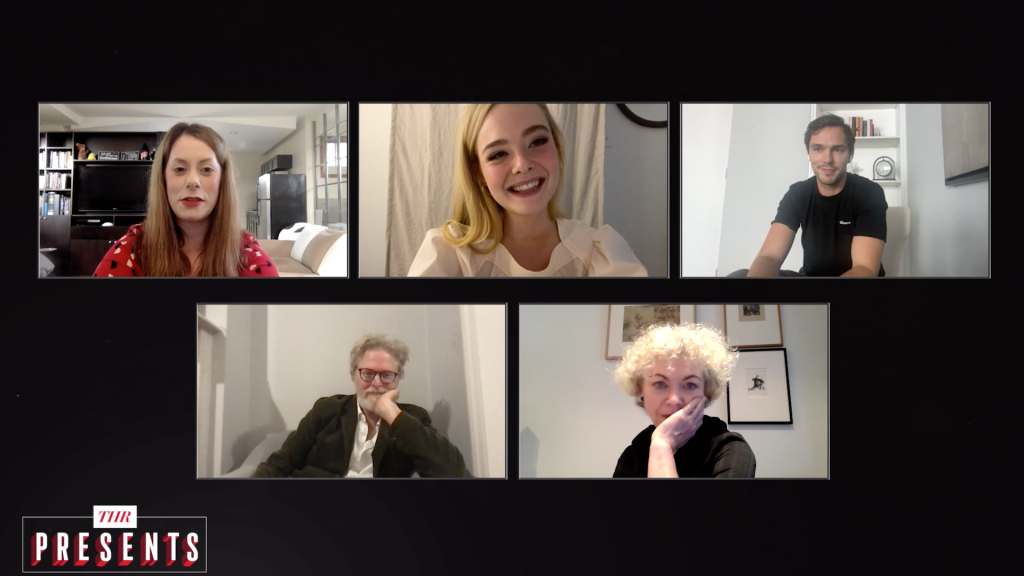 In the second season of The Great, Hulu’s comedic and frequently fabricated biography of Catherine the Great, Elle Fanning’s lead becomes a mother twice. Once is to her son Paul, with whom she’s pregnant for most of the season. The other is to Russia, the country she has officially taken from her husband, Peter (Nicholas Hoult), in a bloody coup.

“We always wanted to run this [parallel] of, she’s having her baby, and Russia’s kind of her baby, and how she was going to manage both of those things at the same time,” Tony McNamara, the creator and executive producer of the series, says in a video chat with THR Presents, powered by Vision Media.

As to how that compares to the work-life balance that modern parents are going through, particularly after quarantine, McNamara laughs. “We do always feel like we’re writing a contemporary show that’s set 300 years ago,” he says.

Plus, it’s not like Catherine is particularly thrilled to be expecting.

“I don’t think Catherine is a maternal person,” Fanning tells The Hollywood Reporter. “The pregnancy is more of a nuisance to her. At least it gives her a time frame. … She’s trying to get everything done in the last months because someone can come and overthrow [her].”

Things are further complicated for Catherine this season when she is visited by her mother, Joanna, portrayed by Gillian Anderson.

“Joanna’s a force,” Fanning says, adding that “you get to see this new side of Catherine when her mother shows up. She reverts to her teenage ways and trying to please everyone around her. You can see the background of Catherine’s life growing up.”

But as Catherine hardens and prepares for both kinds of motherhood, her husband softens and becomes less of a totalitarian and egomaniacal ruler obsessed with living up to his father’s legacy.

“It’s not a natural instinct or habit of his to feel remorse or empathy,” Hoult says. “The big thing for Peter this season is becoming a father. … It’s about him starting to affect people and becoming a man.”

The show is also known for its sex scenes that include graphic language and details. But that doesn’t mean they aren’t taken as seriously as they would be if the show were a drama.

“It’s not playing it for laughs,” says executive producer Marian Macgowan. “The moments of intimacy are about the emotion between the two characters. Each sex scene is plotted as part of a character’s arc and as part of their story. … You need the audience to understand what the characters are feeling and going through at that particular moment.”

What the series does solidify in no uncertain terms is that Catherine the Great did not have sex with a horse.

“It was a political attack job on her,” McNamara says. “It was important to show how these idiotic things start and continue and take hold and how frustrating it was to her.”

This edition of THR Presents is sponsored by Hulu.