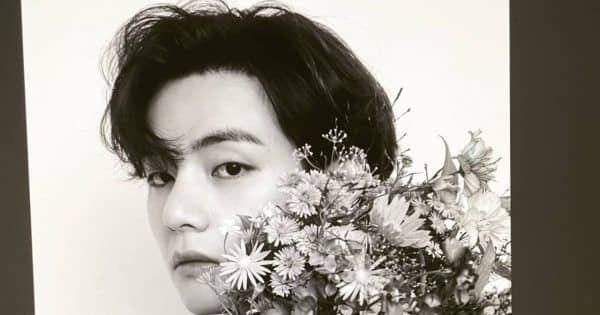 There is no stopping BTS they just keep achieving new things every now and then. As you might be aware, BTS members recently joined Instagram. Now BTS member V has achieved a new feat on Instagram. Also known as Kim Taehyung, V has became the first Asian celeb to have four Instagram posts that have more than 17 million likes. It is more special as he joined Instagram only recently in December while others celebrities have been on the platform for years. World Music Awards wrote on Twitter, “In just one month, #BTS’s #V joins #BillieEilish, #CristianoRonaldo & #LionelMessi as the only 4 people in the World with at least 4 posts with over 17 MILLION likes on Instagram!” Have a look at the tweet below: Also Read – BTS: J-Hope’s sweet voice featured in sister’s Vlog makes ARMY fall in love with him all over again – watch

In just one month, #BTS‘s #V joins #BillieEilish, #CristianoRonaldo & #LionelMessi as the only 4 people in the World with at least 4 posts with over 17 MILLION likes on Instagram!?????❤️https://t.co/voIKiI1GUN pic.twitter.com/e9ZR5CVAsz

V most liked posts are: Also Read – BTS: RM appoints Jin as a leader of strawberries and we cannot agree more

Well, with the kind of music the band creates and the bond the members share with ARMY, we are pretty sure this is not even the beginning and they will continue to achieve many more things. Also Read – BTS all set to release 7Fates: CHAKHO OST album and ARMY is calling it the ‘best thing ever’ – read tweets

Meanwhile, in his interview with Weverse Magazine, V was asked who did he take inspiration from for Butter. He had previously said that different people inspire him every day. And when talking about Butter, the Permission To Dance singer said he took inspiration from a teenage Johnny Depp and more teen movies.