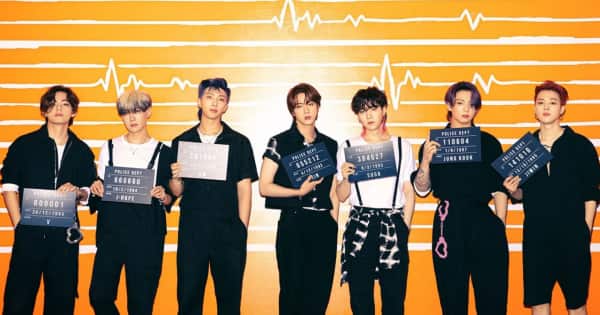 The Twitter trends of the year 2021 are OUT and ARMY will be super happy to know who tops the chart. The popular South Korean pop band BTS has ruled the music conversations and fans’ hearts with their songs. The Bangtan boys’ tweets are also the most retweeted this year. Well, this piece of good news will surely make ARMY’s day. On December 12, Forbes released the list of highest-earning K-pop idols and groups on YouTube for the year 2021 and BTS members top the list. According to Forbes, the BTS band earned $16.5 million from their YouTube channel in 2021 and has over 61 million subscribers, and has over 1,000 videos. Here’s a look at the most tweeted about songs of 2021; check complete list of music and artists who trended. Take a look – Also Read – BTS gets its first mural in India, Delhi’s PVR Pacific Mall attracts desi ARMY; stores play hits of the septet

Another Tweet by BTS (@BTS_twt), a picture of band members Jimin and Jungkook became the most liked tweet in music conversations in India.

Most Tweeted hashtags in music in 2021

1. #BTS: This popular K-pop band has inspired and motivated ARMY in every possible way. With their ‘Butter, Permission to Dance, Dynamite’ these boys broke every record with much ease. They even won numerous awards including three MTV VMAs – it was an exciting year for the band’s fandom.

2.#BBMAsTopSocial: The Billboard Music Awards (BBMAs) are one of the most celebrated awards in the international music industry.

3.#iHeartAwards: The eighth edition of the #iheartawards was a star-studded event that celebrated the most-played artists and songs on iHeartRadio stations and the iHeartRadio app in 2020.

5.#ENHYPEN: Since its debut in late 2020, Enhypen has been on the road to becoming another global K-pop phenomenon, and another group for Indian K-pop fans to obsess over. The band’s second EP, BORDER: CARNIVAL, was released earlier this year.

Most Tweeted-about songs of the year

1.#BTS_butter: BTS’s had fans grooving to their second English song #Butter this year. The song made a smooth entry into fans’ playlists, as well as, onto music charts across the globe. From a nine-week run at the Billboard Hot 100 charts to a Grammy nomination, #Butter won hearts and acclaim across the music industry and volumes of conversation from fans on Twitter.

3.#Dynamite: Having released in 2020, BTS #Dynamite was one of the most successful songs of the year.

4.#MyUniverse: This year, BTS collaborated with the iconic rock band Coldplay for the single #MyUniverse.

5.#Dont_fight_the_feeling: Another K-pop band that delighted fans this year was EXO with their album #DontFightTheFeeling. With four of the band’s nine members being away on military enlistment, EXO had been on a break for a year and a half.

#OnlyOnTwitter: Most Tweeted about music artists in 20211.

1. BTS: Unsurprisingly, BTS were the most talked-about music artists by Indian fans this year.

3. AR Rahman: From hosting a Twitter Space to talk about his debut as a writer and producer with the movie 99 songs, to winning a Grammy nomination for his music for the movie Mimi, to asking his audience’s opinions about turning one of his songs into an NFT (Non Fungible Token), the maestro kept fans busy and talking throughout the year.

5. Armaan Malik: Armaan partnered with K-pop star Eric Nam, who he had met on Twitter, and music producer KSHMR for the song Echo.