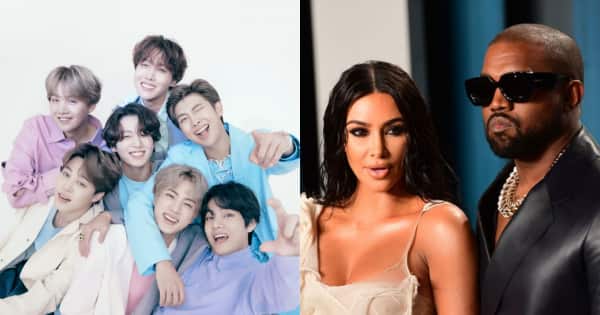 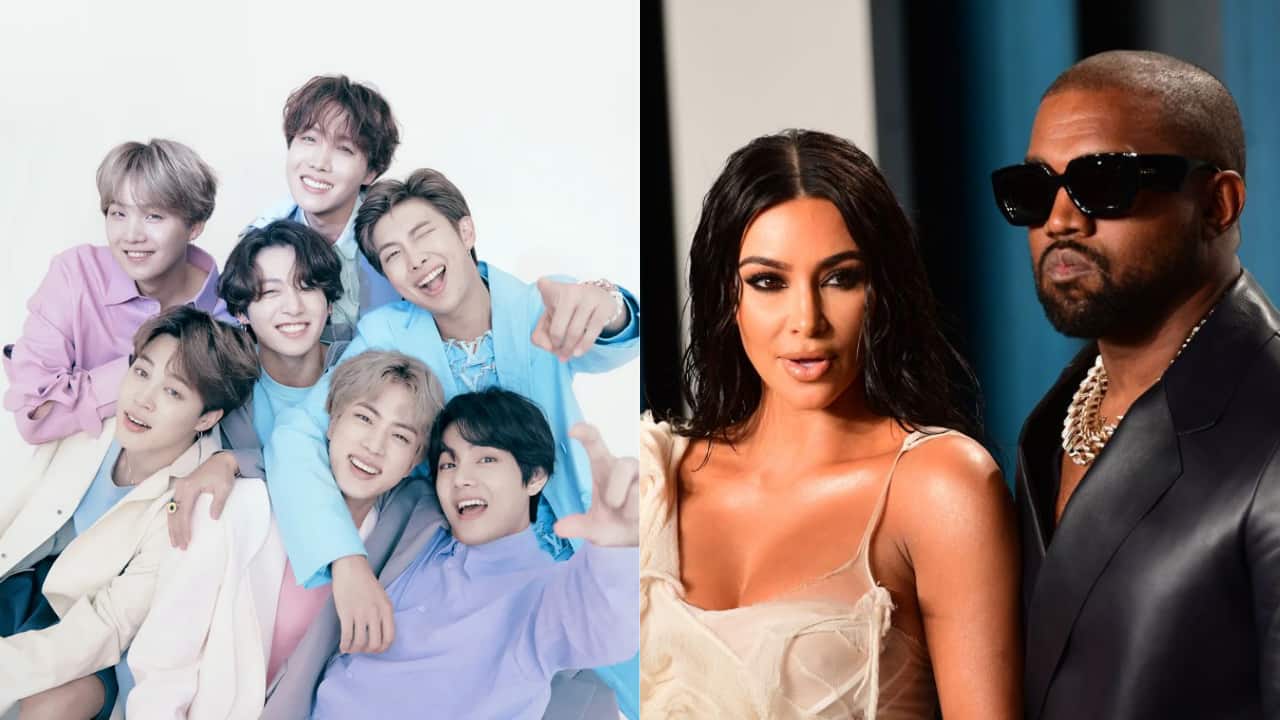 BTS members reunited, Chris Pratt, Kim Kardashian, Kanye West, Amber Rose, Drew Barrymore, Cardi B and more made news in Hollywood today. BTS’ Jin, RM, Suga, J-Hope, Jimin, Taehyung, and Jungkook had a reunion and the pictures went viral. Chris Pratt was snapped by the Hollywood media for spending time with his kids. Cardi B is all up for the idea of tattooing her kids’ name on her face. Kanye West gatecrashed his and Kim Kardashian’s daughter Chicago’s birthday party. Amber Heard apologizes to Kardashians. Andrew Garfield admits to lying to ex-girlfriend Emma Stone about his stint in the new Spiderman movie. So, you see, a lot happened in Hollywood news today. Let’s check it out here: Also Read – BTS X 7 Fates Chakho: ARMY can’t keep calm as HYBE announce the release date of Suga and Jungkook’s song

BTS members had a reunion

BTS members RM, Jin, Suga, J-Hope, Jimin, Taehyung and Jungkook had a reunion it seems. A few of the BTS members shared the videos and pictures of their reunion on social media. And it has a Super Tuna connection. BTS ARMY was super stoked on seeing the Instagram stories of the members. ARMY wanted to see a group selfie of the members and took to their Twitter handles and made the demand of the same. Check out the story here: BTS Reunion: As RM, Jin, J-Hope, Jungkook and others get back together, ARMY demands OT7 Selca – view tweets Also Read – BTS: Jin delivers strawberry to pregnant sister-in-law; ARMY bowled over by the eldest member’s kind heart – view tweets

Taylor Swift and her beau Joe Alwyn headed to Cornwall for a small break. The Sun reported that they had travelled about 4000 miles just for a three-day visit. Their friends called it a romantic trip. It is said that the two have been together for about six years. It is said that the two rented a house at St Ives for a cosy trip. Them going about 4000 miles for a three-day trip seems like a big deal for them which says how much it meant for them. Also Read – BTS Reunion: As RM, Jin, J-Hope, Jungkook and others get back together, ARMY demands OT7 Selca – view tweets

Andrew lied to Ex- Emma about THIS

Andrew Garfield revealed that his former flame Emma Stone kept on texting him and asking whether he was in the new Spiderman movie. Andrew who had been a part of the Spiderman franchise kept the secret closer to his chest all the while. In an interview, Andrew revealed, “Emma [Stone] kept on texting me. She was like, ‘are you in this new Spider-Man film?” to which he would always reply, “And I was like, ‘I don’t know what you’re talking about.’” Trust Andrew to not pull a Tom.

Kanye West gatecrashed his and Kim Kardashian’s daughter, Chicago’s birthday party that was held by Kim. It seems Kim did not invite Kanye to the party. Reports state that Kim believed Kanye would organise his own party. Kanye later took to his social media handle and revealed that he had just come from Chi’s birthday party. In the video, Kanye also thanked Travis Scott and Kylie Jenner let him in after he was stopped by the security. Kanye met with the Kardashian family members too. Kim did not publically open up on the scandal that it caused but reports claimed that she was upset. Kim was reportedly shocked when Kanye claimed that he wasn’t allowed to know about the party.

Cardi B wants to tattoo her son’s name

Rapper Cardi B took to her Twitter handle and revealed that she is all game to get her son’s name tattooed on her face. Yeah, you read that right. The I Like It hitmaker tweeted out saying, “Random but ….I’m 1% close too tatting my sons name on my face….I really really wanna do it!”

Random but ….I’m 1% close too tatting my sons name on my face….I really really wanna do it!

A then 21-year-old Drew Barrymore revealed that she sought help from Courteney Cox when she fell pregnant. Drew recently invited Scream cast members Courteney Cox, David Arquette, Neve Campbell on her talk show. Barrymore recalled she had grown close to Courteney and would talk about her pregnancy. “I remember at the poster shoot I was having a nervous breakdown because I was having a false sense of being pregnant. “I kept asking you, ‘How do you know if you’re pregnant? We’re supposed to shoot this poster, but oh my God, I just started dating somebody and how do you know?” Drew said during the interaction. Barrymore further revealed that she felt safe to confide in Cox as she thought of her to be “the mature, safe person in the room.”

Guardians of the Galaxy star Chris Pratt was seen spending some quality time with his kids, daughter Lyla and son Jack. Katherine Schwarzenegger was with them too. Katherine who is reportedly expecting her second child with Pratt was seen holding their 18-month-old daughter while Chris and Jack tagged along with them at the Brentwood Farmers Market.

A couple of hours ago, Amber Rose took to her Instagram handle and apologized for her old tweet against the Kardashians. “I started my Slutwalk and helped millions of women around the world stand up for themselves against slut shaming, so something amazing came out of it,” continued Amber. “Kim nor her sisters deserved that tweet, and y’all shouldn’t co-sign that either. Sh-t was old and immature AF of me to involve the KarDASHians in the mess [Kanye] made. Moving forward…learn from my mistakes. We all have kids, and family’s (sic) life is hard enough right now for a lot of [people]. I just wanna spread love and positivity,” Rose wrote in her Instagram stories.

That’s all in the Hollywood news today.