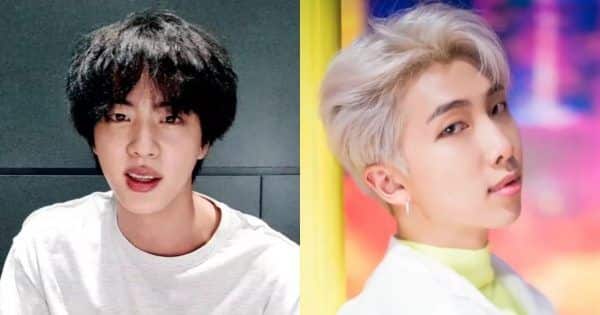 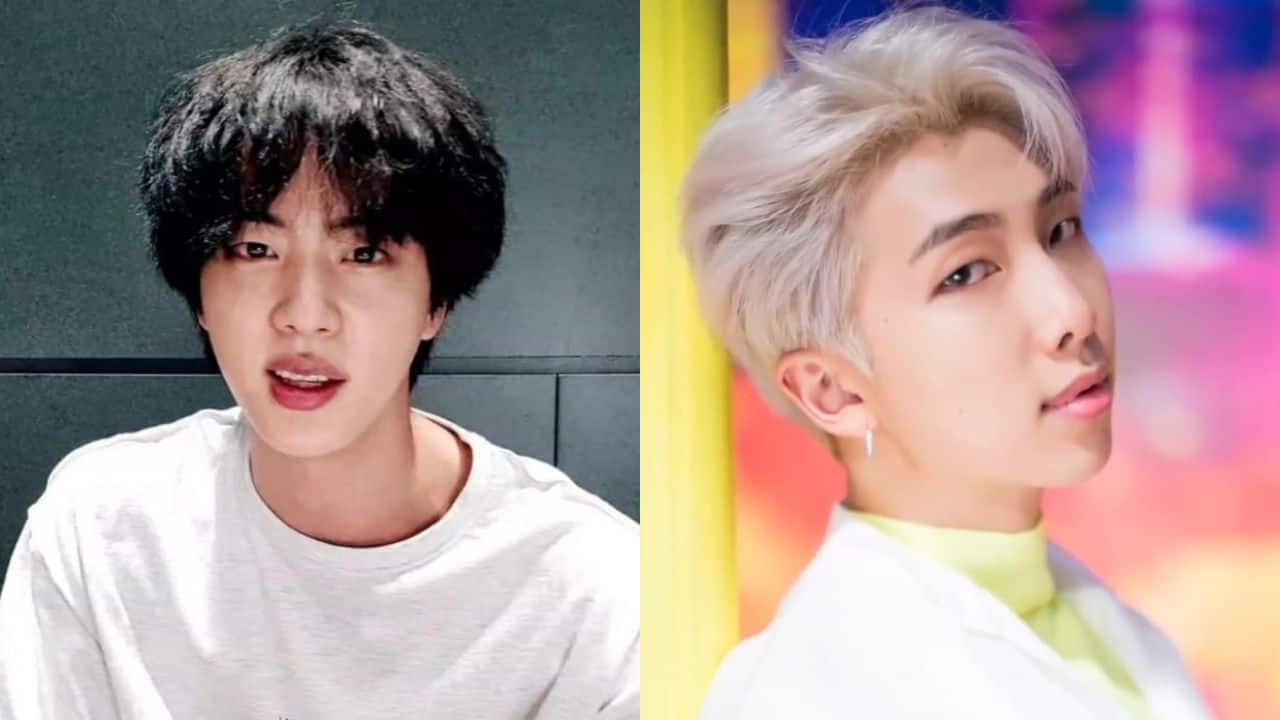 In a new video, we can see BTS members Jin and RM as there was a photoshoot happening of RM. Jin seemed to be in a fun mood as he was seen throwing things which would spoil the photos. He threw a shoe and even his jacket. RM was quite patient and didn’t react initially. A smiling RM then said, “I’ve never filmed like this with Jin before.” After a while, RM said, “Please hurry and leave now.” Jin picked up his jacket and said, “I’ll be off now.” Watch the video below: Also Read – Trending Hollywood News Today: BTS’ Jungkook’s BIG reveal about his 7 Fates Chakho character, Kendall Jenner hits back at troll and more

Meanwhile, BTS has grabbed the honour of having the most-sold digital song of the year in the United States for the second time. Their song Butter topped the charts in the country with 1.89 million downloads sold, according to an annual year-end report released by MRC Data and Billboard jointly, Yonhap news Agency reported. Also Read – BTS’ V’s artist-made collection merchandise gets sold within minutes; ARMY demands a RESTOCK – read tweets

In 2020, the group’s Dynamite was the top seller with 1.26 million sold. The summery disco-pop song was released in May as the group’s second English-language song and stayed for 10 non-consecutive weeks atop the ‘Billboard Hot 100’ chart. Including ‘Butter’, only 40 songs have achieved the feat in Billboard history. Also Read – BTS X 7 Fates – Chakho: Jungkook reveals his character Zeha is half human, half tiger and ARMY is going wild – view tweets

Coming in a distant second place in the year-end ranking was Fancy Like by Walker Hayes, which sold 499,000 downloads. Butter was the only song that sold more than 1 million downloads in the United States last year.

The South Korean group, in fact, showed a strong presence in the digital song sales category. It took four of the top 10 posts, with Permission to Dance in third place with 404,000 downloads; Dynamite in sixth with 308,000; and My Universe, a collaboration single with British rock band Coldplay, in seventh place with 287,000 downloads.

BTS also topped the top-selling physical album list with its fourth full-length album ‘Map of the Soul: 7’ in 2020, but failed to hit the list in the year gone by.