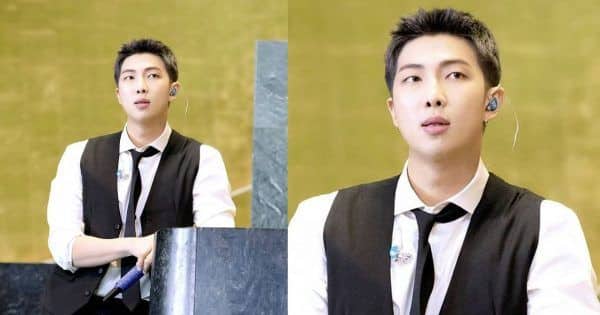 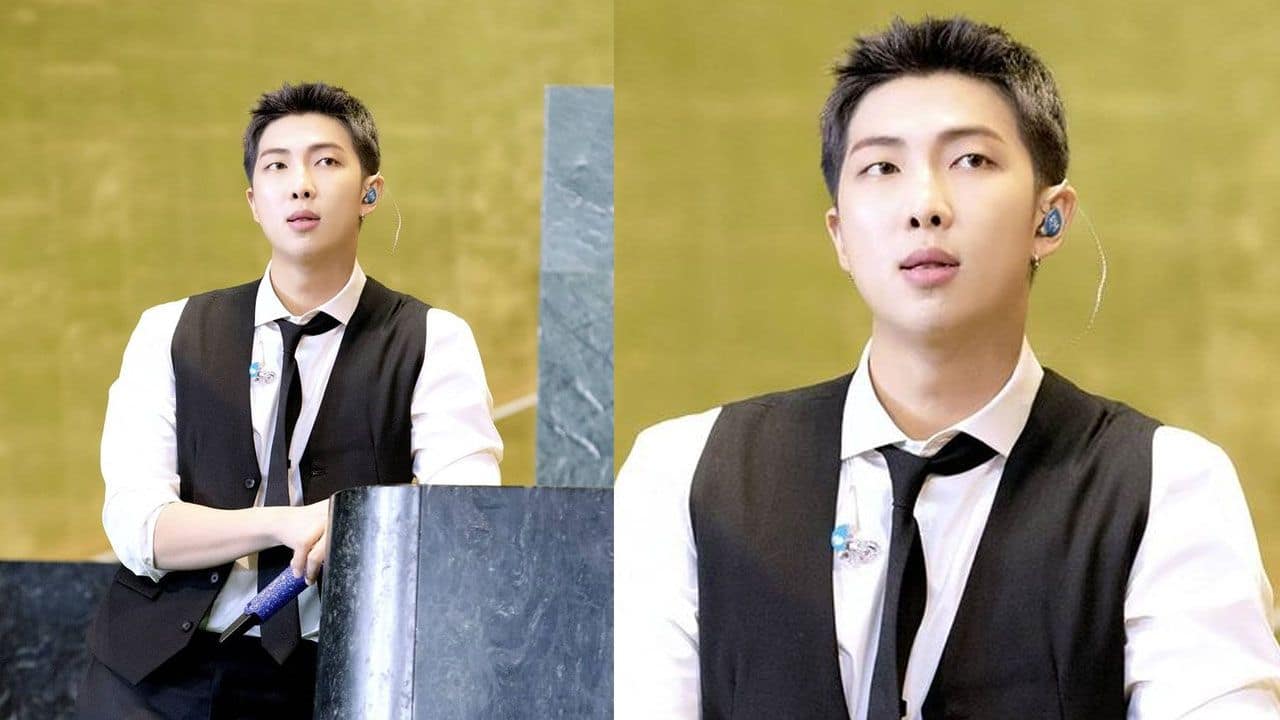 BTS leader RM aka Kim Namjoon is the complete package. RM of BTS has talent, intelligence, looks, money and what not. In fact, the BTS Army feels that every Asian parents would love a son-in-law like Kim Namjoon. Well, they are not lying. Who would not like to have the RM of BTS as a part of their family? Well, a daring young Korean lady who was a Namjoon stan decided to take things in her hand. At one of their fan signs events, she landed up with a huge ring. It is obvious that she fancied him as ‘husband material’ and it makes sense to confess when you are face to face with him. Also Read – BTS: Jin delivers strawberries to personal trainer after pregnant sister-in-law; ARMY names him ‘Strawberry Captain’ – read tweets

Well, a fan has shared a picture of him seeing a huge ring at the fan sign. From utter shock to laughter, RM has proved why he is a king of expressions. He started off as a rapper and music producer so being cute wasn’t exactly his thing. But his smile with those killer dimples can make any woman go weak on her knees. Take a look at the pic… Also Read – BTS: Magnum Ice-cream is WHIPPED for Jimin; showers love on Jungkook’s ‘Chicotle’ – view tweets

This weekend, RM was on Weverse fans tried their best through Korean wordplay to get him to say wife or darling. But he caught on and did not relent. Finally, a fan asked him how tough was it to say honey just once RM aka Kim Namjoon left kiss emojis for her. Fans warned in a joking manner not to tease them on social media. The septet is now enjoying a long break with their families. RM, Jin, Jimin, SUGA, J-Hope, Jungkook and V are expected to resume work by March. They have a concert in Seoul and an album comeback expected. Fans are sorely missing the boys! Also Read – BTS members RM, Jin, Suga, J-Hope, Jimin, V and Jungkook’s most expensive Luxe watches collection – view pics