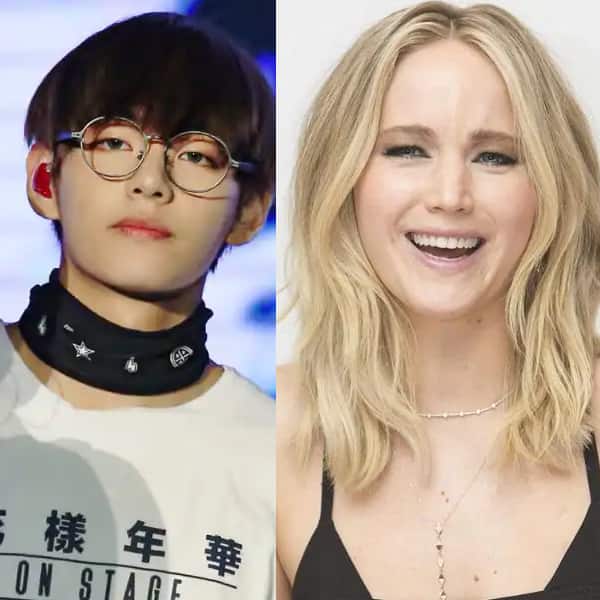 Hollywood stars rule headlines for several reasons. Not just films, fans are quite inquisitive to know more about their personal lives. Today, we had celebrities like K-pop band BTS’ Kim Taehyung who goes by the stage name V,preggers Jennifer Lawrence, Kim Kardashian and her ex-husband Kanye West, Ed Sheeran, Jennifer Lopez and Ben Affeck and many others made it to the news. Want to know why there was a buzz around this celebrities? Scroll on to get all the dope straight from Hollywood. Also Read – BTS: V’s latest Instagram action sparks dating rumours with BLACKPINK Jennie; handsome hunk posts clarification

K-pop boy band BTS’ members recently made their Instagram accounts. They official joined the photo sharing app and left their fans super excited. Among all, Kim Taehyung aka V got the maximum number of followers. The star smashed all the records and became the fastest celebrity to get almost 10 million followers on Instagram. WOW. Also Read – BTS: When Jimin, V and Jungkook dished out a ‘how to dance SEXILY’ tutorial – watch video

On The Late Show with Stephen Colbert, Jennifer Lawrence spoke about her 3-year break from acting and what she did to pass time. When the host asked her about the same, she joked that “I just had a ton of sex.” She looked at her baby bump while doing so. Soon she mentioned that she was kidding.

As fashion moghul Kim Kardashian received the Fashion Icon Award at the 2021 People’s Choice Awards, during her speech, she thanked her ex-husband Kanye West for introducing her to the fashion industry.

Hollywood’s hottest couple Jennifer Lopez and Ben Affleck attended the Lakers Game and of course indulged in a little PDA for their fans. They were captured snuggling and Bennifer fans are unable to stop rooting for them.

In a conversation with PEOPLE, Ed Sheeran revealed some BTS stories of shooting a music video with Elton John. He stated that he almost killed him with a bell. He was quoted saying, “On the video, there’s footage of… I’m dressed up as sort of sexy Santa Claus and I kick a present, but the present had a big metal bell on top of it. I showed him the footage of it today, because we slowed it down and the bell flew past his head and would’ve cracked him in the head.”