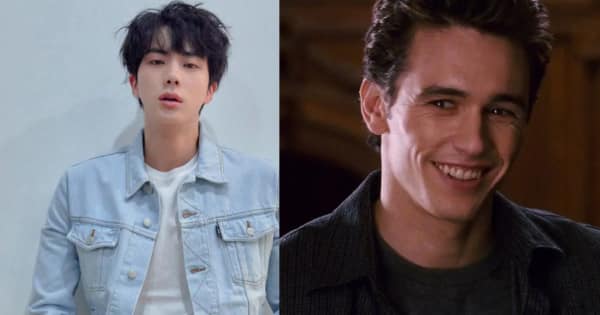 It is Saturday and it is time to get a quick run-through of all the happenings in Hollywood. Over the past week, many Hollywood stars made it to the headlines. K-pop boy band BTS as always ruled the news circuit. Among the septet, it was Jin who managed to gain maximum attention with his song Super Tuna. Further, Spider Man star James Franco got embroiled in a shocking sexual misconduct controversy. Priyanka Chopra spoke about why she dropped Jonas surname from her social media bio. To get full information in detail, scroll on. Also Read – BTS: Here’s how RM, Jin, Suga, J-Hope, Jimin, V, Jungkook spent their first Christmas after debut

BTS member Jin has achieved a remarkable feat with his song Super Tuna. His performance video that release on his birthday has been trending on YouTube for more than 16 consecutive days. He has become the first K-pop solo artist to rule the #1 Worldwide YouTube Music category spot for 16 days. Last it was PSY’s Gangam Style that gained such achievement on the platform. Also Read – BTS SUGA tests positive for COVID-19: From depression to a painful torn shoulder, times Min Yoongi fought health setbacks to emerge stronger

Spider-man actor James Franco confesses having sex with his students

As reported by The Hollywood Reporter, James Franco who was accused of sexual misconduct in 2018 confessed that he had sexual relationships with students of his acting school. He was quoted saying, “Look, I’ll admit I did sleep with students. I didn’t sleep with anybody in that particular class. But, over the course of my teaching, I did sleep with students and that was wrong. But like I said, it’s not why I started the school and I wasn’t the person that selected the people to be in the class. So it wasn’t a ‘master plan’ on my part. But yes, there were certain instances where, you know what, I was in a consensual thing with a student and I shouldn’t have been.”

There was a huge uproar as Priyanka Chopra dropped the Jonas surname for her social media bios. In a latest interview with Times of India, she opened up about the same. She mentioned that it was blown out of proportion and she did it only to make it match to her Twitter bio. “I don’t know. I wanted the username to match my Twitter, I guess. I just find it really amusing that everything becomes such a huge deal to people. It’s social media, guys. Just chill out.”

As per latest developments, Sex and The City star Chris Noth got accused for sexual assault for the fourth time. Singer and composer Lisa Gentile made some shocking accusations against Chris Noth. In a press conference, she stated that he threatened to ruin her career if she revealed anything about the sexual attack that reportedly took place in 2002.

Recently, Chris Martin of Coldplay hinted at band’s retirement. 2025 is the year when the band will record their last song. To BBC, Chris Martin was quoted saying, “Well I know I can tell you, our last proper record will come out in 2025 and after that I think we will only tour. Maybe we’ll do some collaborative things, but the Coldplay catalog, as it were, finishes then.”