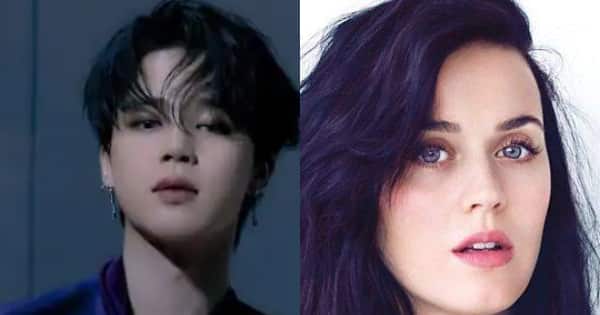 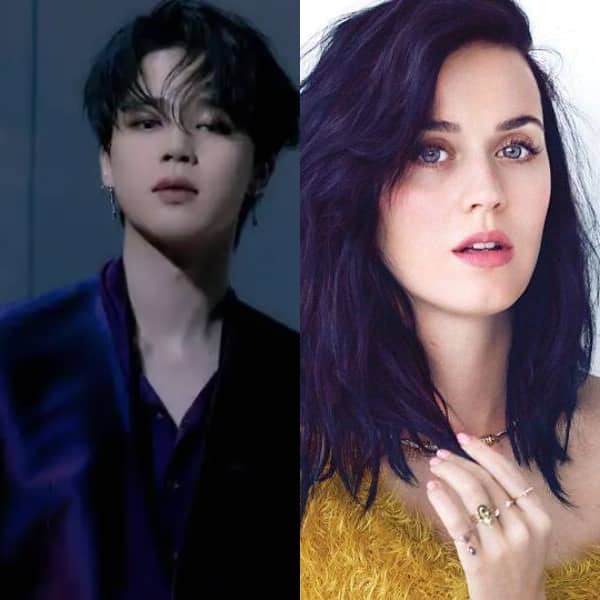 Hollywood stars make it to the headlines everyday. Today celebrities like K-pop boy band BTS’ member Jimin, Katy Perry, Kanye West, Kylie Jenner and many others became the newsmakers. Jimin left his fans (read ARMY) excited as he shared a picture flaunting his new tattoo. Katy Perry had a good day as she won the appeal the Dark Horse copyright lawsuit against Christian rapper Marcus Gray. Kanye West-Kim Kardashian-Pete Davidson’s love drama kept everyone hooked. For complete details, scroll on. Also Read – BTS’ Indian ARMY can’t keep calm as the band is all set to perform in India – deets inside

BTS’ Jimin shows off new tattoo
The popular South Korean pop band BTS had their first in-person concert in Korea at Olympic Stadium in Seoul since the COVID-19 pandemic and through the pictures, fans managed to spot a new tattoo on Jimin. It seems that the rapper has got a crescent moon on the back of his neck. Fans also managed to spot one behind his ear. Also Read – BTS: Jimin gives a glimpse of his new tattoos during Permission To Dance On Stage Seoul; here’s how ARMYs reacted!

Kylie Jenner gets interrupted by Stormi during chat with fans
As Kylie Jenner launched a new lip shade, she took to social media to interact with her fans. This was the first time that she did something like this after givig birth to baby boy Wolf. Reports have it that Kylie was cutely interrupted by her daughter Stormi during the live session. Also Read – Permission To Dance On Stage Seoul: From Jungkook’s adlib, Taehyung’s sex appeal, J-Hope’s energy – here’s what made day 1 of the concert legendary

Katy Perry wins appeal in Dark Horse copyright case
As per inputs from IANS, a federal appeals court ruled in singer Katy Perry’s favour in the ‘Dark Horse’ copyright lawsuit against Christian rapper Marcus Gray. Gray, whose stage name is Flame, first sued Perry in 2014, claiming her hit ‘Dark Horse’ was substantially similar to his song ‘Joyful Noise’. In 2019, a Los Angeles jury found Perry liable for infringement, but the verdict was overturned a year later when a judge ruled that the eight-note “ostinato” Perry allegedly copied lacked the “quantum of originality” to warrant copyright protection, reports variety.com.

Kanye West brutally attacks animated Pete Davidson
In a new music video released by Kanye West titled Eazy, the rapper has reported attacked the animated version of his ex-wife Kim Kardashian’s boyfriend Pete Davidson. A blurred-out cartoon version of Pete gets beaten up by the rapper in the video while he sings “God rescued me from this accident / Just so I could bash Pete Davidson’s a**.”

My Chemial Romance cancels gigs
Given the war between Russia and Ukraine, Rock band My Chemical Romance have cancelled their upcoming shows in two countries. As reported by IANS, thety said, “With deep regret, My Chemical Romance is cancelling our Ukraine and Russia shows in June, 2022. We hope to be able to play for the fans there soon.”

Hollywood BTS’ Indian ARMY can’t keep calm as the band is all set to perform in India – deets inside Theviraltime
Hollywood Ulta 21 Days of Beauty Sale 2022: The Best Deals to Shop Theviraltime
Advertisement