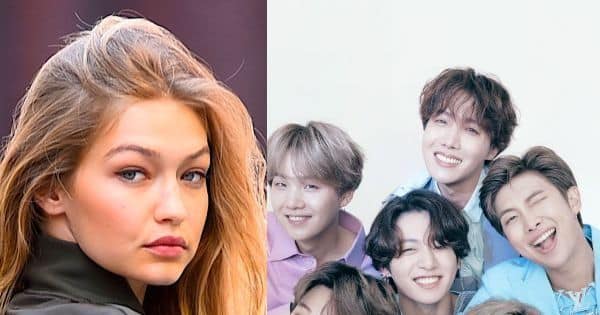 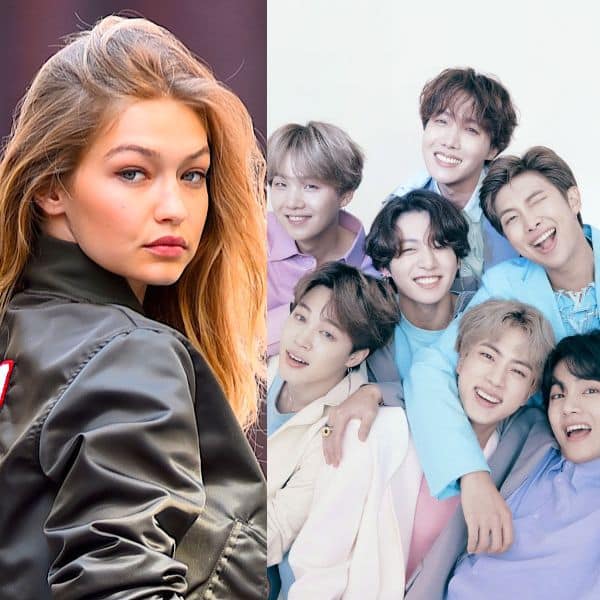 BTS breaks Instagram, Twitter, TikTok records, Sophie Turner and Joe Jonas are expecting second baby, Gigi Hadid will donate her fashion month earnings to Ukrainian relief, Independent Spirit Awards 2022 winners list, Angelina Jolie shares a post on Yemen conflict and many interesting things took place in the Hollywood industry today. You might have missed some important updates about Hollywood and your favourite celebs. But, don’t worry; we are here for you, and here’s a round-up of what happened today in the Hollywood film industry. So, below is the list of trending Hollywood news of today… Also Read – BTS: From Jin’s long hair to TaeKook’s TMI on weight – 5 highlights of Taehyung, Jin, J-Hope and Jungkook’s LIVE that are unmissable

The South-Korean pop band BTS breaks new records on Instagram, Twitter and TikTok records says Guinness World Records. BTS is one of the most followed music group on Instagram that has 60.5 million followers. The Bangtan Boys had secured two world records in five hours in December 2021. They even become the most followed music group on TikTok with more than 45.7 million followers. Also Read – BTS: K-pop band adds three new social media records to their existing Guinness World Records titles; ARMY is so proud – read tweets

Actor Sophie Turner and singer Joe Jonas are expecting their second baby. The two are already parents to daughter Willa Jonas. A source was quoted by a media portal saying that the couple are overjoyed to learn they are expecting a second child. The source said, ‘Sophie and Joe were overjoyed to learn they are expecting a second child. They both have siblings and didn’t want their daughter to be an only child and have talked about having a bigger family. The couple recently celebrated Sophie’s birthday, as well as the pregnancy.’ Sophie was seen flaunting her baby bump and netizens spotted her cradling her baby bump.

Gigi Hadid recently announced on Instagram today that she will be donating all of her fashion month earnings towards relief efforts in Ukraine. “Having a set fashion month schedule has meant that my colleagues and I often present new fashion collections during heartbreaking and traumatic times in history,” wrote Hadid. She further added saying, “We don’t have control over most of our work schedules, but we would like to walk ‘for’ something. Following in the footsteps of my friend [and fellow model] @micarganaraz, I am pledging to donate my earnings from the fall 2022 shows to aid those suffering from the war in Ukraine, as well as continuing to support those experiencing the same in Palestine.”

Angelina Jolie shares a post on Yemen conflict; calls it ‘one of the worst humanitarian crisis’

Angelina Jolie recently reached Yemen amid conflict and provided aid for refugees. She shared a post on the current situation and called it “one of the worst humanitarian crisis” in the world. Taking to Instagram, Angelina wrote, “I’ve landed in Aden, to meet displaced families and refugees for UNHCR @refugees and show my support for the people of Yemen. I will do my best to communicate from the ground as the days unfold.”

Kanye West recently received backlash for his new music video featuring animated character of Pete Davidson who was seen getting kidnapped and was buried alive in the video. Netizens called the video disturbing. But, recently West reacted to the same and defended his art by calling it an expression in the post. The rapper wrote, “Art is therapy just like this view,” Ye wrote on March 6. “art is protected as freedom of speech. art inspires and simplifies the world. Art is not a proxy for any ill or harm. Any suggestion otherwise about my art is false and mal intended.”