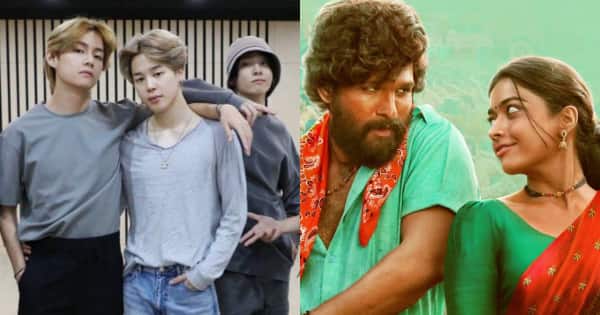 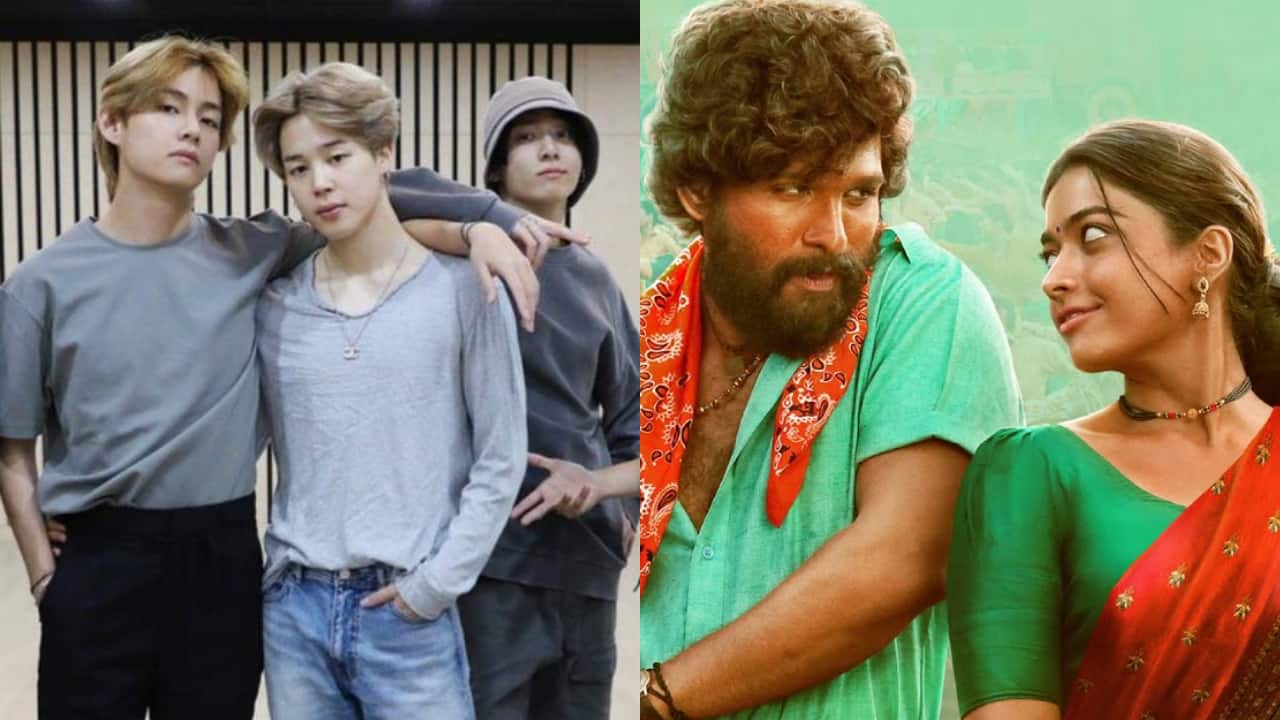 BTS X Bollywood edits are always fun, isn’t it ARMY? However, this time around we came across a new edit of BTS that we thought of sharing with y’all. BTS’ Maknae line is quite famous, as y’all know. So a fan handle on request made a BTS maknae line edit on the current Telugu hit Saami Saami featuring Rashmika Mandanna. BTS X Tollywood has become a reality, ARMY. Taehyung, Jimin and Jungkook’s clip has been edited on the widely popular and viral track of Allu Arjun starrer Pushpa. Also Read – Trending South News Today: Dhanush-Aishwaryaa Rajinikanth divorce severely disturbs former’s brother, Radhe Shyam to clash with Bachchan Pandey and more

The clip of BTS members is from one of their stage live performances on the hit track Go Go. The maknae line is dressed in shirts and trousers and the boys are looking all HOT! The beats and their moves match the Saami Saami beats that have been edited into the clip by the ARMY. Their creativity really astounds us, tbh. The video credit goes to @bts.love.unlimited who made it a fun watch. Check out the video here: Also Read – Shreyas Talpade for Allu Arjun in Pushpa, Sharad Kelkar for Prabhas in Baahubali and other actors who’ve dubbed for South stars in pan-India films – view pics

Coming to the OG video, the boys had performed on their track Go go live. Not just the maknae, but the rest of the members, RM, Jin, J-Hope and Suga looked HOT too. We could find the OG video for y’all. Check it out here: Also Read – BTS ARMY, do Jungkook and Yoongi aka Suga look similar? Here’s what we found

Coming to the Bangtan Boys, they had been slowly resuming their schedules it seems. At least that’s what we gather from Taehyung and Hobi’s conversation. For those not in the know, it was snowing and Taetae had asked Hobi out for drinks. They had been planning for a long time. However, Hobi had reasoned that he’s got a schedule. The boys, however, did meet. We got a glimpse of RM, V, J-Hope and Jin in the selca (read selfie) that he had shared on his Instagram handle a couple of hours ago. Meanwhile, ARMY wants BTS updates now and also Run BTS episodes. The boys had been on a break for some time now.