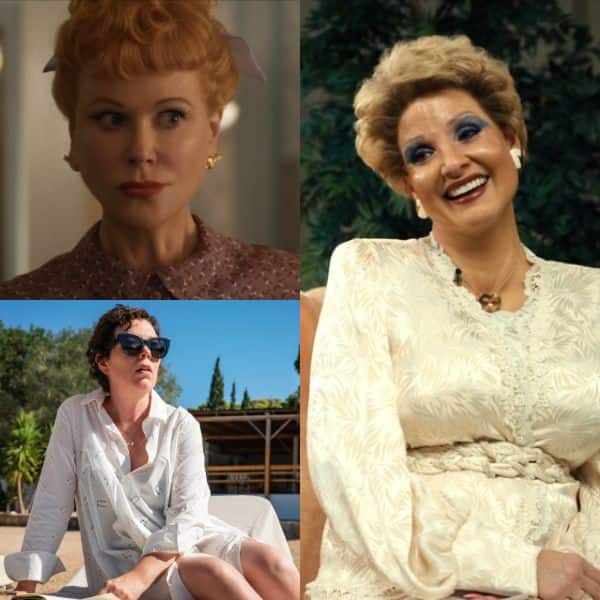 The Oscars is just around the corners. For better or for worse, regardless of the ups and downs the Academy Awards have seen in recent years and the criticism it has faced, the fact of the matter is that it still remains the most prestigious event in all of cinema, and that’s unlikely to ever change. So, if like is, you, too, like brushing up on your Oscars watchlist prior to event, then you’ve come to the right place. Today we have listed out the Best Actress nominees for you that are currently available on OTT platforms, including Being the Ricardos, The Lost Daughter, The Eyes of Tammy Faye, Parallel Mothers and Spencer, and on which streaming services you can watch them. Also Read – Naradan star Tovino Thomas names his favourite Bollywood movie, proving he’s a huge Shah Rukh Khan fan [EXCLUSIVE]

Being the Ricardos (Amazon Prime)

Nicole Kidman slips into another tough character like the chameleon that she is, portraying one-half of a Hollywood power couple in the 1950s, who faces personal and professional obstacles along with her husband, which threaten their careers, relationship and their hit TV show. Also Read – Oscars 2022: Being the Ricardos, The Power of the Dog, Tick Tick Boom and more Best Actor nominees you can watch now on Netflix, Amazon Prime and other OTT platforms

Olivia Colman is a case study in underplaying a character as a college professor who confronts her unsettling past after bumping into a woman and her young daughter during her Italian vacation, which soon turns into obsession, unlocking several childhood memories. Also Read – After Alia Bhatt announces Hollywood debut with Netflix’s Heart of Stone, costar Gal Gadot REACTS in THIS special way

Jessica Chastain transforms into the eponymous Tammy Faye, who rises from humble beginnings in the 1970s to create the world’s largest religious broadcasting network and theme park, which later get plagued by financial improprieties, scheming rivals and a scandal.

Penelope Cruz shines as one of two women bonding over impending child birth in a maternity ward in this sensitive Spanish movie on motherhood.

Kristen Stewart lives and breathes the role of the late Princess Diana during one of the important chapters of her life, where appearances are played out during a Christmas visit to the Queen’s estate.

Hollywood 5 Spring Jacket Trends to Shop in 2022: Trench Coats, Blazers & More Theviraltime
Hollywood Kim Kardashian Told People to Get Up and ‘Work’—Here’s How People Are Reacting on Twitter Theviraltime
Advertisement