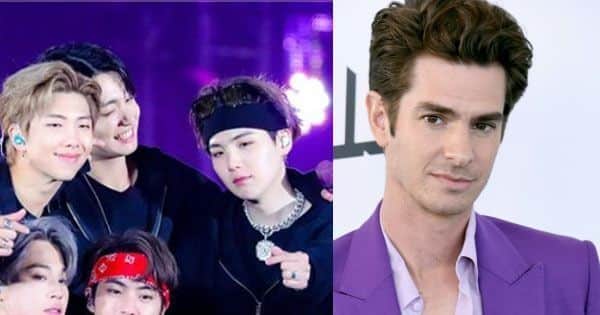 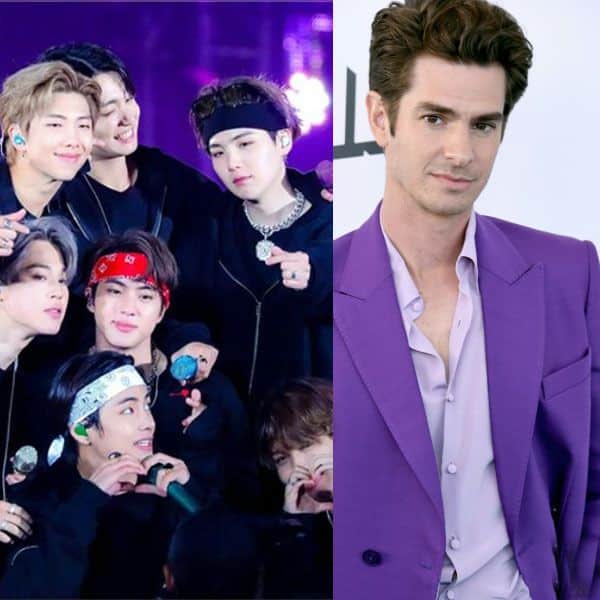 Spider-Man: No Way Home actor Andrew Garfield grabbed attention from ARMYs due to his fashion choices. The handsome actor recently attended the Independent Spirit Awards 2022 on Sunday. He graced the 37th annual event and stunned everyone with his purple suit jacket with the same shade shirt. He completed his look with brown pants and looked smoking hot. BTS fans saw the pictures of Andrew Garfield on the red carpet ahead of the ceremony and flooded social media with a lot of comments. Also Read – BTS X Women’s Day: V, Jungkook, RM, J-Hope, Jin, Jimin and SUGA are doting sons – here is a look at times when they gushed about their No.1 lady

Purple, is the fandom colour of BTS and the shade holds a special meaning for the ARMYs. Moreover, there has been a trend on Twitter wherein celebs are using ‘borahaeified’ on social media and are using purple along with BTS images. Also Read – BTS: Did Jungkook and V fight with each other? Here’s what they have to say

There is an account borahae button that is dedicated to creating edits. The popular edit was to make the purple outfit and add BTS logos on it. Seeing Andrew’s picture in a purple suit, ARMYs thought he has been “borahaeified”. They even confessed that they thought that the pictures were edited. Also Read – BTS: Kim Seokjin aka Jin reveals the Seoul concert won’t make them any profits; here’s how ARMY reacted

been on army twt so much i thought this was borahaeified https://t.co/D9LR8Q3Iiw

he hit the borahae button himself there wasn’t much left for us to do what can i say https://t.co/7mxpmwLFrr

Later, the ARMYs showered praises and love for Andrew’s choice of outfit. While some wanted borahae button to edit the now-iconic photo of the actor. After several requests from the ARMYs, borahae button edited Andrew’s picture and made the entire suit purple. He even added accessories and gave a new look to his picture.