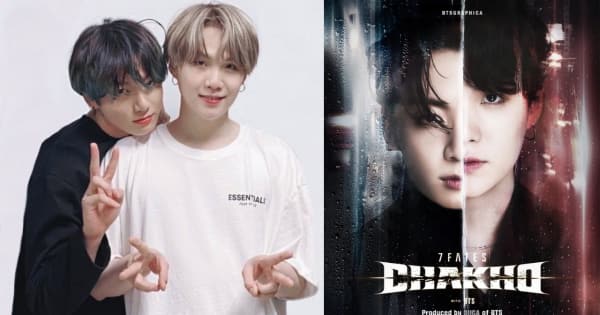 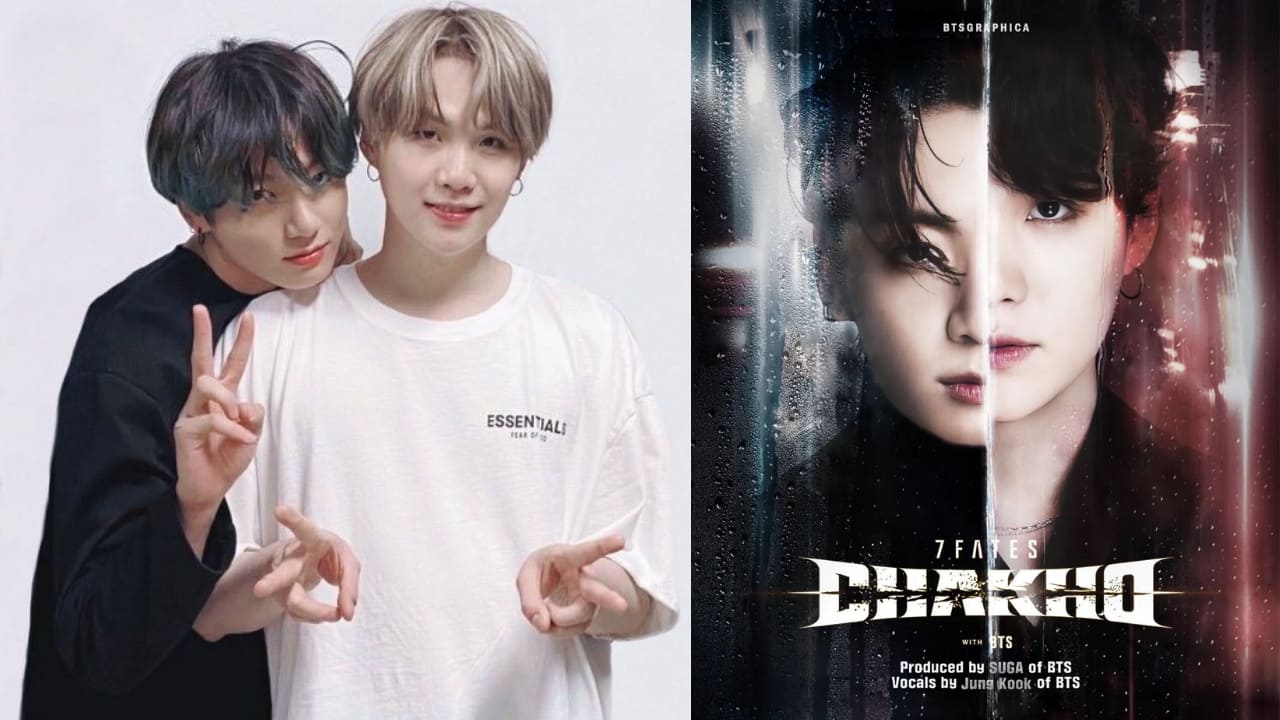 Suga and Jungkook will be collaborating for the official soundtrack of BTS’ webtoon 7 Fates Chakho. While Suga will be producing the soundtrack, the Golden Maknae will be lending his vocals. Suga and Jungkook’s bond is very adorable. The two have lived together and have grown up together. Despite their contrasting personalities, Jungkook and Suga get along very well. While Jungkook is quite spontaneous, Suga is thoughtful and wise. Jungkook looks up to Suga as his hyung. As they are collaborating together, here’s a compilation of some selective YoonKook (Yoongi and Jungkook) moments before 7 Fates Chakho’s soundtrack comes out. Also Read – Trending Hollywood News Today: Update on BTS’ Seoul Concert, Britney Spears’ 1st glass of wine in 13 years and more

When the Bantan boys went on a trip to Malta as a part of their Bon Voyage series, Suga and Jungkook were paired together to explore the city. And Suga took Jungkook to a club for drinks. Suga has a good knowledge of liquors and hence, he was seen teaching Jungkook how to drink a drink. Suga even dished out history about liquor at their drink fest. Also Read – A look into BTS leader RM’s glorious home that is a perfect blend of art and modernity [VIEW PICS]

Talking about their drinking club, Suga made Jungkook taste Irish Bomb shot. The two boys were bonding very well and seemed in a good mood. Suga taught Jungkook that their ‘friendship is like Irish Bomb’. The two recited it like their friendship motto. Another thing that Jungkook and Suga love the most is Lamb Skewers. The two would tease each other and even go out for Lamb Skewers. Suga once revealed that it is a kind of thing that fathers do for their sons. So, their bond really is quite deep. In fact, a lot of ARMYs call them Lamb Skewers duo/couple. Also Read – BTS’ SUGA, Blackpink’s Lisa, Kim Hanbin aka B.I — K-Pop stars rocking the music scene with their solo careers

Jungkook-Suga stealing each others’ underwear

Back during Rookie King when the Bangtan Boys were asked to make some confessions, Suga had confessed to stealing Jungkook’s underwear. JK, who didn’t like to share his clothes (back then) was very much surprised by his hyung’s act. Later, the Euphoria singer took his revenge by stealing Suga’s underwear.

Suga opening on his struggling days with Jungkook

Jungkook is quite a diligent one amongst the Maknae group. And hence, Suga gets all protective in the elder hyung style and dole out his experiences from his struggling days in front of him quite easily. It’s rare to see Suga open up so much with other members.

Jungkook mimicking and being playful with Suga

Of course, you may know that Jungkook loves to mimic anything and everything in sight. However, he is the only one who can get away with everything. Suga lets Jungkook pester him, prank him or mimic him. Jungkook dotes on Suga too.

During the first BTS in the Soop season, we saw Suga helping out Jungkook with his music. Suga is ever ready to pass on his knowledge to everyone. He also supports Jungkook amongst the rest of the members. For ex., he would look forward to being paired with JK for tasks or when he and Jin were hand wrestling and Suga repeatedly made JK win. So, you see, YoonKook bond is the cutest. We cannot wait to hear their magical music for 7 Fates Chakho.