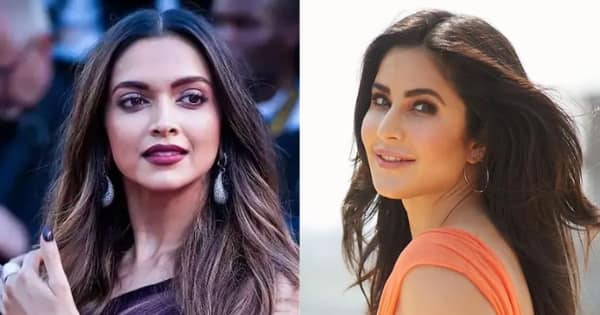 Katrina Kaif has kept everyone on their toes with her reported wedding with Vicky Kaushal. The two rumoured lovebirds are going to tie the knot in Bollywood and Big Fat Indian wedding style in Rajashthan from 7th December to 10 December. Every other day there are various updates on Katrina Kaif and Vicky Kaushal’s wedding. Be it the guest lists or the security and whatnot. The DC of Sawai Madhopur recently revealed that a total of 120 top Bollywood and other celebrities are expected to attend Katrina Kaif and Vicky Kaushal’s wedding. Several big names from Bollywood have popped up, however, people are wondering whether the list includes Deepika Padukone’s name too. When it comes to the two leading ladies of Bollywood, fans are always excited to know more about their equation. Also Read – Trending Entertainment News Today: Sara Ali Khan defends her bodyguard; crucial details of Katrina Kaif-Vicky Kaushal’s hush-hush wedding and more

Deepika and Katrina both have dated Ranbir Kapoor in the past. And reports claimed that the Brahmastra actor allegedly cheated on the Chhapaak actress with the Tiger 3 actress. And here’s a major throwback to when Deepika was asked if she would invite Katrina to her wedding. It was when the Piku actress made an appearance on Neha Dhupia’s chat show ‘Say It Or Strip’. On being asked, Deepika had a prompt reply. “No,” the Bajirao Mastani actress had said without any hesitation. Cut to 2018, Deepika married Ranveer in presence of their families and close friends at Lake Como, Italy. Though Kat didn’t attend the wedding, she did join the lovebirds at their wedding reception in Mumbai. And that’s not it. Reportedly, she was one of the last ones to leave. Back then, when Katrina was asked about the same and the Phone Bhoot actress had said that she felt like going. Also Read – Katrina Kaif-Vicky Kaushal wedding: Actor reaches Kat’s residence; top stylist and BFF Anaita Shroff Adajania follows – view pics

Later, when Deepika was asked about Katrina’s presence at her wedding reception, she said that she had made peace with her. The Chennai Express actress had said that it was very gracious of Katrina to join them in their celebrations. Meanwhile, cut to 2021, it was reported that Katrina was going to have a registered marriage with Vicky, yesterday in Mumbai. Also Read – Katrina Kaif-Vicky Kaushal wedding guests: 120 Bollywood biggies to attend the much-hyped shaadi – deets inside