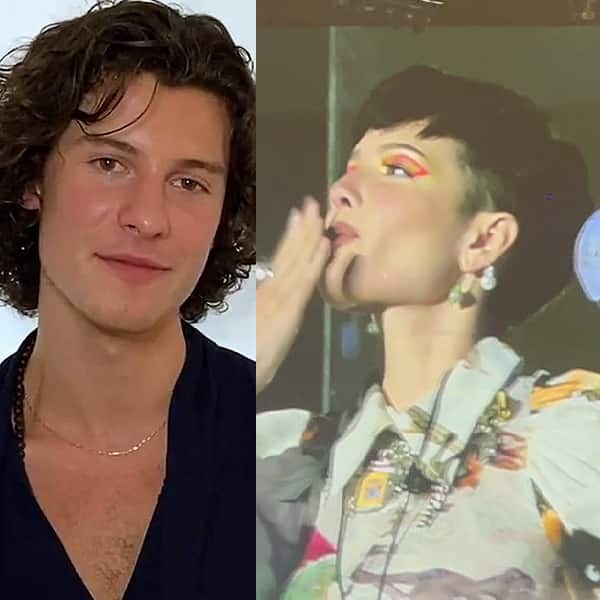 Hollywood stars know how to remain in the news circuit. Today, we have celebrities like Halsey, BTS, Shawn Mendes, Alec Baldwin, Priyanka Chopra and Nick Jonas and others who have made it to the headlines. Scroll on to get all the dope from Hollywood. Also Read – BTS LA Concert: After Lizzo, an unbelievably gorgeous Brazilian Victoria’s Secret model goes gaga over Jimin — view pics

American Singer-songwriter Halsey was spotted at the SoFi stadium where BTS’ Permission To Dance Live On Stage concert took place. She proved to be one of the ARMY as she flaunted an ARMY bomb. The stadium irrupted in a loud cheer as she enjoyed the concert. Also Read – BTS LA Concert: Halsey joins ARMY in cheering on the boys; stadium erupts in uproar as she flaunts her ARMY Bomb

Quashing all the divorce rumours, Priyanka Chopra and Nick Jonas celebrating their third wedding anniversary. The handsome hunk gave a sneak into the celebrations by sharing a romantic video on social media.

Soon after his split with Camila Cabello, Shawn Mendes has released a new song titled It’ll Be Okay. It is a sad song with lyrics like “If we can’t stop the bleeding/We don’t have to fix it, we don’t have to stay/I will love you either way.”

Alec Baldwin speaks on tragic incident on the sets of Rust

A fatal incident took place on Alec Badlwin’s Rust film set after a prop gun bullet hit a cinematographer. She reportedly died on the spot. Now, in a latest interview with ABC’s 20/20, the actor opened on what occurred on that day. He also mentioned that he did not pull the trigger.