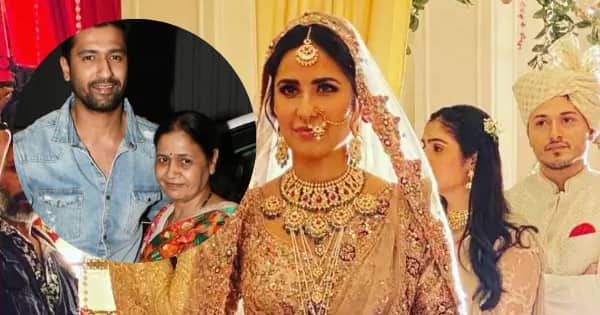 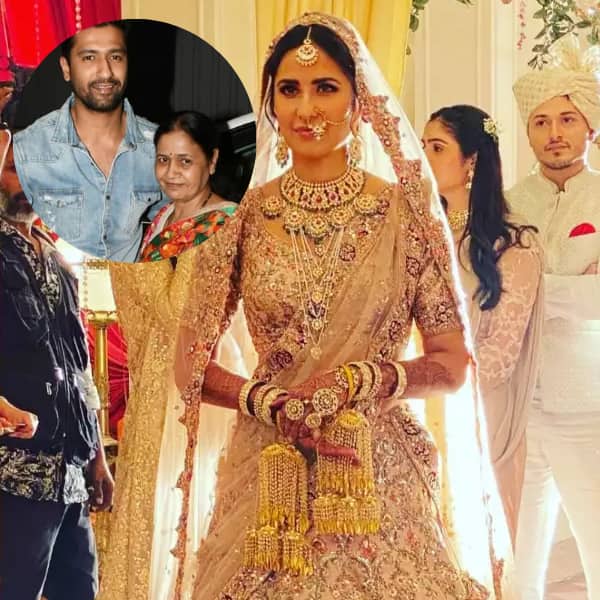 Vicky Kaushal and Katrina Kaif’s wedding festivities have begun and in just a few hours, the couple’s Sangeet ceremony will kickstart. The bride and groom and their families and friends are all set to join in for the grand celebrations as music fills the night. And now we hear, that just ahead of the Sangeet, Vicky’s mother Veena Kaushal did something very special for her soon-to-be bahu Katrina. A source close to the family reveals, “Veena ji is very fond of Katrina. And while there will be the big Sangeet night later today, she wanted to do something more intimate and special and so she organized a small Ladies Sangeet ceremony just like the typical traditional Punjabi style.” Also Read – Vicky Kaushal – Katrina Kaif wedding: Bharti Singh REVEALS if she is attending the GRAND shaadi or not

The source further revealed that while guests have been pouring in throughout the day, the Ladies Sangeet that Veena Kaushal organized only had the immediate family members and a few core members from the extended family on both sides. “There were dholki’s that the women from Vicky’s family played and they sang some Punjabi folk songs which are all about marriage, married life and the life that lies ahead for the young couple. Veena ji wanted to give Katrina and her family from London a taste of Punjabi culture and this fun family affair was just the right way to do it,” revealed the source further saying that, “Katrina also danced a little to the Punjabi songs on dholki beats and was smiling throughout.” Also Read – Katrina Kaif-Vicky Kaushal wedding: Meme machines compare the wedding to Squid Game as guests reach the shaadi venue under tight security – read tweets

The grand Sangeet ceremony that starts in a few hours, will have performers from the bride and groom and their families and will also have performances from Bollywood singers like Shankar Mahadevan, Gurdas Maan, Neha Kakkar and Rohanpreet, Sachet – Parampara and more. Also Read – Katrina Kaif-Vicky Kaushal wedding: Groom’s ex girlfriend Harleen Sethi’s cryptic post about ‘the meaning of life’ RAISES EYEBROWS

Bharti Singh REVEALS if she is attending the GRAND shaadi or not #theviraltime
Amidst reports of ARREST in money laundering case, will Jacqueline Fernandez accompany Salman Khan in the Da-Bangg Tour? #theviraltime
Advertisement