Join our subscribers list to get the latest news, updates and special offers directly in your inbox

Ohkay so, this was comparatively a slower episode of Fraud. It won’t be wrong to say that the pacing of the drama is such that if double episodes are aired every week, it will benefit a lot & make it easier for the audience to keep on watching it. The drama is past the stage […] 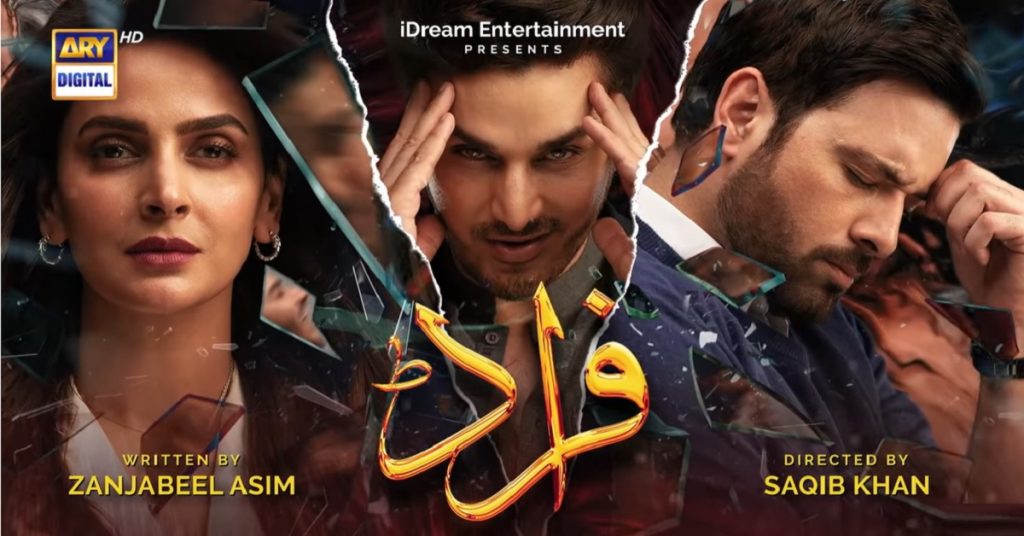 Ohkay so, this was comparatively a slower episode of Fraud. It won’t be wrong to say that the pacing of the drama is such that if double episodes are aired every week, it will benefit a lot & make it easier for the audience to keep on watching it. The drama is past the stage where the story is established & the characters are introduced properly, therefore every episode should be happening to keep it interesting. Needless to say, the performances once again made this episode of Fraud worthwhile & despite knowing the reactions of the characters, you just want to watch the actors perform.

I will be honest, I find Maya’s parents, especially her father a little too selfish. His selfishness when it comes to his daughter’s happiness is understandable & to some extent justified but for him to be selfish to this extent where he expects others to do the heavy lifting for him makes him look unreasonable. He absolutely didn’t think for a second before rejecting Nayel, didn’t bother thinking about the fact that his only nephew will be heart-broken & will find it hard to deal with this rejection. However, ever since Nayel has retaliated, Nisar hasn’t stopped talking about it, as if it was Nayel’s responsibility to now do the damage control & help Nisar with his face saving.

In the matters concerning Talal & his proposal, Nisar once again behaved irrationally. He almost guilt-tripped them for not doing the heavy lifting for him by seeking Maya’s proposal, which was actually absurd. Nisar has dealt with so much, therefore for him to still think that he is in the position to impose his decisions & pick & choose seemed a little unrealistic. Nisar’s entire family likes Talal & holds high opinion of him, so in stead they should have been relieved that they got a decent proposal for Maila, in comparison to what others told them after Maya’s divorce & a called-off wedding. Nisar didn’t even hold himself back from showcasing his disappointment, which actually made him look a little too self-absorbed & selfish!

I have really liked Maila’s character too & also for the fact that it has been performed brilliantly by Rabya Kulsoom. However, I just didn’t quite understand Maila’s overreaction as well. At this point, she seemed just as selfish & ignorant as Nisar. She too made it look like it was Talal’s fault for not liking Maya, only because this is what her entire family assumed. I think it would’ve been better if they had shown Maya aloof to Talal’s presence & not really thinking on those lines. In the scene where Maila teased Maya about him, she smiled, as if she too was ready to move on with him – which seems a little too quick considering how that entire fiasco was so recent.

Maya did redeem herself when she spoke to Maila & tried to change her perspective. It was nice to know that she understood where Talal was coming from & she didn’t hold him responsible for liking Maila & not her. Their family has already been through a lot & throughout their difficulties, Talal was right there to support them, therefore he didn’t have to prove himself that he genuinely wanted the best for this entire family. I actually like the bond these two sisters share, how Maila supports Maya & how Maya always with her wisdom tries to shift her younger sister’s perspective. It was also interesting to see how Talal remained unaffected by Maila’s rude behavior, he has been a little too understanding when it comes to dealing with this entire family because I am sure if it was someone else, he definitely would’ve been offended!

The swindlers have now approached Rihana’s family for the proposal & they have already made quite a statement. In the upcoming episodes, I think it is pretty obvious what to expect from this track where they will try to wrap this project quickly & Rihana’s entire family will be left heart-broken yet again. However, I do hope that they will wrap this family’s heart-break in a couple of episodes & won’t span it over multiple episodes just like they did with Maya’s family.

This episode of Fraud was definitely interesting to watch but yes, the slow pace has definitely started to show its traces in the execution. I am glad that the proposal scene was done with in this episode because we got a new preview of the next episode. I am definitely keen to see Maya’s growth now that she has started working in a boutique. I think they should definitely shift focus on her character & career path. Overall, this episode once again had some really strong performances by all the actors. They all should take a bow for putting their heart & soul in these performances. Please share your thoughts about this episode of Fraud.

Ebon Moss-Bachrach on the Emotion of ‘The Bear’: “I Look in Jeremy All...

Pakistani Celebrities Who Got Married In 2021

Sydney Sweeney Chopped Her Hair Into a Lob and Said Goodbye to the Mid...

This site uses cookies. By continuing to browse the site you are agreeing to our use of cookies Find out more here