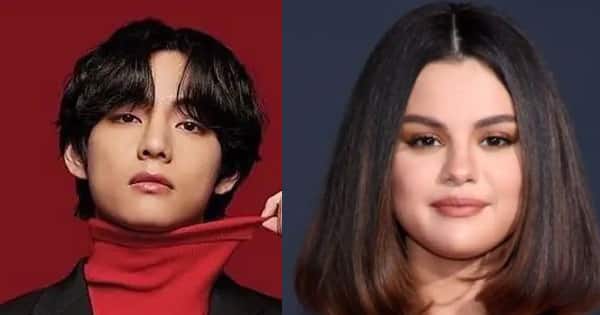 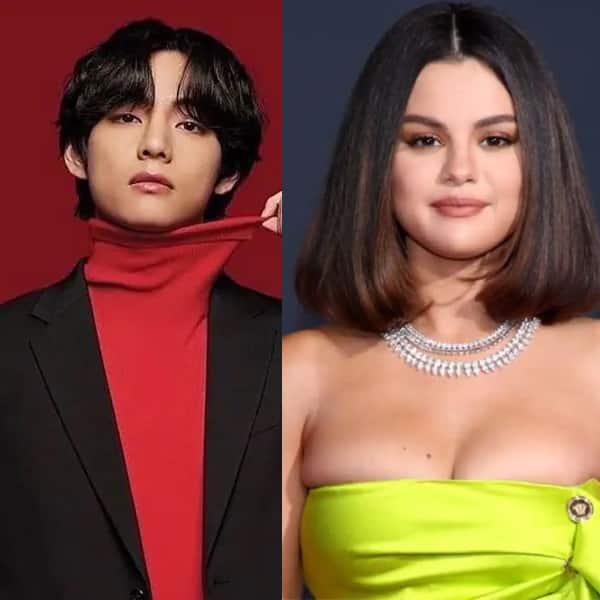 Among the top newsmakers from Hollywood, we have celebrities like BTS’ V, Selena Gomez, Jennifer Aniston, Bradley Cooper and more. K-pop boy band member made it to the headlines today as he shared a big-eyed selfie on social media. Selena Gomez caught everyone’s attention as she gave a befitting reply to a troll who commented on her drinking joke post kidney surgery. Scroll on to read more. Also Read – Katrina Kaif, Deepika Padukone, Urfi Javed and more: Are these the BIGGEST celebrity liars?

K-pop band BTS’ member Kim Taehyung whose stage name is V decided to get a little goofy and shared a big-eyed selfie on social media. Fans known as ARMY are drooling over this picture of V and are calling him cute. Also Read – Priyanka Chopra-Nick Jonas wedding anniversary: A walk through the couple’s dreamy wedding in Udaipur [PICS]

Selena Gomez hits back at a troll

Recently, on social media, Selena Gomez made a drinking joke. She shared a funny reaction on TikTok to Dr. Dawn Bantel’s definition of heavy drinking men and women. Though she shared it saying, ‘it’s a joke’ a troll commented “So one of your best friends gives you her kidney and you continue to drink excessively.” Replying to the same, she wrote, “It was a joke ass.”

Jennifer Aniston eats only one chip when stressed

Jennifer Aniston in her latest interview revealed what she does when she is stressed. Instead of grabbing a tub of ice cream, Jennifer Aniston revealed that she eats only one chip. Yes, just one chip and that’s all. This she shared in an interview with InStyle.

Bradley Cooper talks about his experience when he was held knifepoint

On Dax Shepard’s podcast Armchair Expert, Bradley Cooper shared his near death experience. He revealed that he was once waiting at the subway to pick up his daughter and two boys came to him with knifes. Somehow he managed to escape. He was quoted saying, “It was pretty insane. I realized I had gotten way, way too comfortable in the city. My guard was down… I was all the way at the end of the subway. Innately, I would just go all the way down to the end. I felt somebody coming up. I thought, ‘Oh they want to take a photo or something’. As I turned, I’m up against the post like it’s the French Connection or some s**t, and I turned. I looked down and I see a knife.”

In an interview with InStyle, Priyanka Chopra spoke about how it was staying away from home for almost a year while shooting for Citadel amidst pandemic. She mentioned that it was tough to stay away from husband Nick Jonas, but they managed to see each other from time to time. She also quoted, “We know each other’s hearts. We prioritize each other in everything that we do.”

BTS: Jin, RM, J-Hope sell off a portion of their shares in HYBE, become richer by MILLIONS #theviraltime
When Kim Kardashian wanted to work in a Bollywood film and chose Salman Khan over Shah Rukh Khan #theviraltime
Advertisement