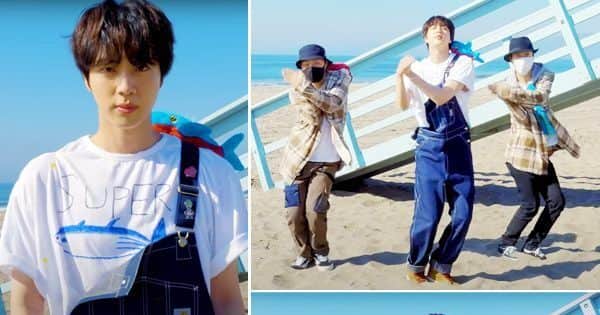 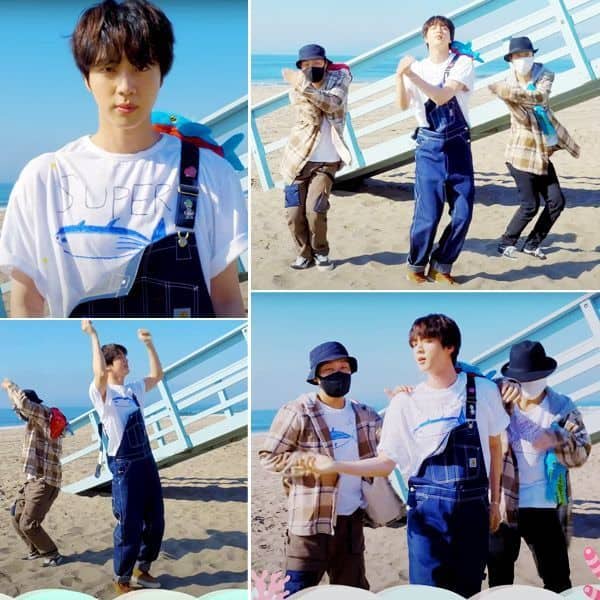 BTS’ Jin celebrates his 30th birthday today. The birthday boy just did a VLive with ARMY where he said that he has a small song for them. The song, Super Tuna is connected to his love for fishing. As we know, Jin loves to fish. BTS’ Worldwide Handsome revealed this in his birthday Vlive. Fans are so happy to know that Jin has made something for them. Super Tuna By Jin is already trending on social media. Big Hit Music has also released a small choreography video where we can see Jin dancing in a white tee and denim dungarees. He is looking so cute. Kim Seokjin’s birthday celebrations in the US have been quite lit. Take a look at the video… Also Read – Happy Birthday Worldwide Handsome Jin: Jojo Wright surprises BTS member with a cake on stage of Jingle Ball [VIDEOS]

Jojo Wright got a huge cake for Jin at the Jingle Ball. The ARMY which had come for the event sang him the birthday song. On the last day of the Permission To Dance concert, the audience did the Hearts For Jin and Moon projects. His bandmates pointed it out, and he was left super emotional. Jin has turned 29 as per his international age (he is 30 in Korean age). This is how people are reacting to Super Tuna… Also Read – Happy birthday Jin: From Param Sundari to Sadi Gali – Fan edits of BTS’ Worldwide Handsome on Bollywood songs will make you pray for his quick visit to India

We have seen Kim Seokjin fishing in various shows like In The Soop and Bon Voyage. He is very fond of it. In fact, Min Yoongi and he are fishing partners. This song looks super cute and is so perfect for Seokjin! Also Read – Whoa! BTS’ Jin gets his first birthday ad in India; check out this video from Kurla’s Phoenix Market City mall