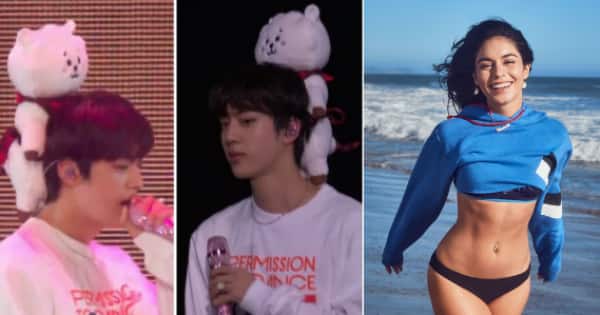 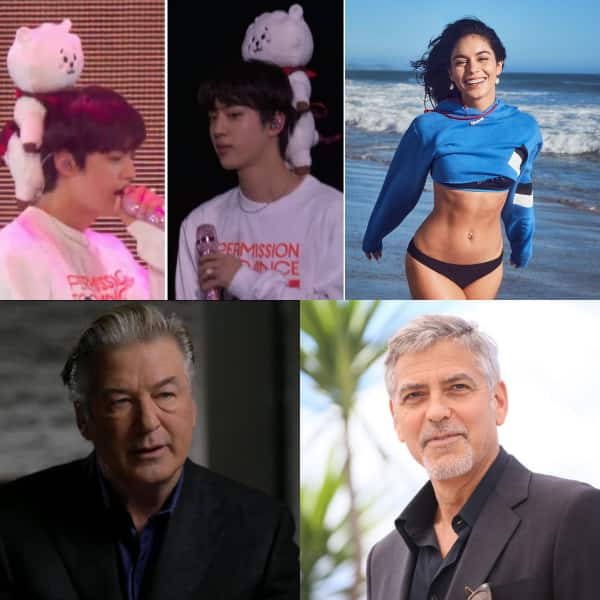 Let’s have a dekko at the top Hollywood Newsmakers of the day of 3rd December 2021. Alec Baldwin is yet again in the news, Vanessa Hudgens has grabbed headlines for her latest bold statement, BTS had their last day of the Permission To Dance on stage concert today in LA and more Also Read – BTS LA concert: Jungkook rips off his shirt while leaving the stage and ARMY goes ‘HOLY S**T’ over his chiseled muscles – read tweets

BTS Jin gets a surprise from ARMY

Before BTS even began with their Permission To Dance on Stage concert in LA, US, we had reported to y’all, that ARMY is planning a special pre-birthday surprise for BTS members Jin. And they sure did. Today was the last day of BTS’ PTD on stage concert and ARMY surprised him with special handsome placards with Jin written in hearts and moon covers on ARMY bombs. Worldwide handsome Jin was overwhelmed with ARMY surprise and screamed “Thank you ARMY, I Love You,” to express his gratitude. Also Read – BTS: ‘Thank you ARMY, I Love You,’ overwhelmed Jin expresses gratitude as birthday wishes flood in with Moon ARMY Bombs at SoFi

Check out the whole story here: BTS: ‘Thank you ARMY, I Love You,’ overwhelmed Jin expresses gratitude as birthday wishes flood in with Moon ARMY Bombs at SoFi Also Read – BTS Rise of Bangtan: When V’s ‘Nico Nico Nii’ in the middle of concert performance left Jimin in splits of laughter [VIDEO]

The High School Musical actress Vanessa Hudgens is not a big fan of bras. In an interview with Glamour UK Magazine, the 32-year-old star said that Bras are uncomfortable. “Free the nipple,” she said. “If you feel more comfortable and ready to take on the world in a bra, then by all means wear one. But for me personally, they’re just not comfortable. I don’t want to feel restricted,” she added.

Ali Fazal has signed his fourth Hollywood film. Yes, you read that right. And the Mirzapur actor would be sharing screen space with none other than Gerard Butler. The film is titled Kandahar and is based on former military intelligence officer Mitchell LaFortune’s experiences at the Defense Intelligence Agency in Afghanistan. Fazal shared his excitement about working on his next Hollywood project. “I always look forward to new and exciting ventures. We are all set to begin production soon, ” he told PTI.

Daniel Radcliffe recently opened up on his bond with Batman star Robert Pattinson. He revealed that he wasn’t aware of his stardom and the craze of the books when Twilight had come out. When making an appearance on The Jonathan Ross Show, Daniel shared that he was on the Westside Highway and saw a huge billboard featuring Robert. He went on to share how they haven’t met each other in ages but have been communicating with each other through journalists. “I hadn’t heard of the Twilight books at the time; I hadn’t been aware of that phenomenon. And so yeah, it’s odd. We have a very strange relationship now where we basically only communicate through journalists. We haven’t seen each other in ages. Because everyone assumes we’re kind of great mates, but I’ve met him. He’s a lovely guy when I worked with him,” he said on the show.

A couple of weeks ago, Alec Baldwin got involved in an accidental shooting on the sets of his movie Rust. The accident led to the demise of cinematographer Halyna Hutchins and the director was seriously injured as well. Recently, Alec presented his version of the events that transpired that fateful day. He expressed his regret and said that he would want to undo all that happened. Alec recently reacted to George Clooney’s comment on the Rust firing accident. In flashback, Clooney had said that he always checks the gun and shows to everyone on the set before shooting such a sequence. Alec reacted to the same saying, “There were a lot of people who felt it necessary to contribute some comment to the situation, which really didn’t help the situation at all.” He went on to add, “If your protocol is you checking the gun every time, well, good for you. Good for you.”

Percy Jackson and The White Lotus actress Alexandra Daddario is now engaged to her beau, Andrew Form. The two got engaged recently. The news broke out a couple of hours ago. Alexandra started dating Form in 2020. She has been head-over-heels in love with him and has been sharing a lot of pictures. The 35-year-old actress was seen with a diamond ring on her ring finger while running an errand.