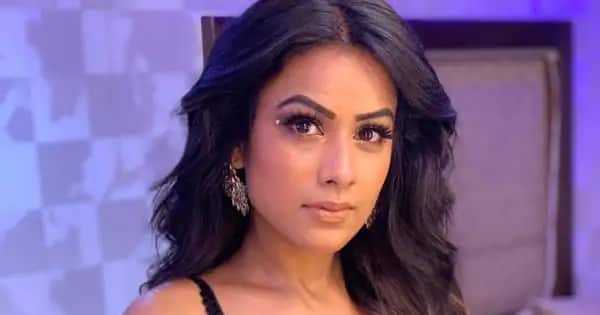 Nia Sharma is one of the most popular actresses of the Television industry. She has been a part of many hit shows like Naagin and more. She was also a contestant on Khatron Ke Khiladi. Nia entered the OTT space with Vikram Bhatt’s Twisted. Apart from her project, the actress is also known for her bold and badass avatar. On social media, she posts many hot and happening pictures that grab a lot of attention. She has also been pretty outspoken and vocal about her work, trolling and more. In a recent interview, she got candid about how her friends questioned her on her appearance. Also Read – Shweta Tiwari, Surbhi Chandna, Nia Sharma: 10 fittest TV actresses who love to flaunt their hot bods

In an interview with Bollywood Bubble, she mentioned that he friends would question her about the lipsticks she flaunted or about the revealing clothes that she donned at awards functions. She was quoted saying, “I was told, ‘Why do you use these weird lipsticks? It doesn’t look good. After all, you are from TV.’ Then I was told, ‘Why do you walk naked in award functions?’ Naked toh maine English mein bol diya, mujhe toh Hindi mein bola gaya tha (I said it in English but I was told this in Hindi), and by my only friends.” Also Read – Shaheer Sheikh, Divyanka Tripathi, Surbhi Chandna and more – Meet the TV celebs who ACED the Instagram game this week

Nia Sharma also shared that her social media presence affected her relationship. Her partner had a problem with her image on social media platforms and Nia wonder what it has to do with her personal life. She was quoted saying, “A few times, somebody I would be seeing, they had problems with the image portrayal on social media. I did not understand, how is that hampering a personal equation? I never could understand. Social media is social media, usko wahin rehne do na yaar (let it remain that).” Also Read – Nia Sharma, Surbhi Chandna, Sai Ketan Rao and other TV stars who set fire to social media and claimed the mantle of TV Instagrammers of the week