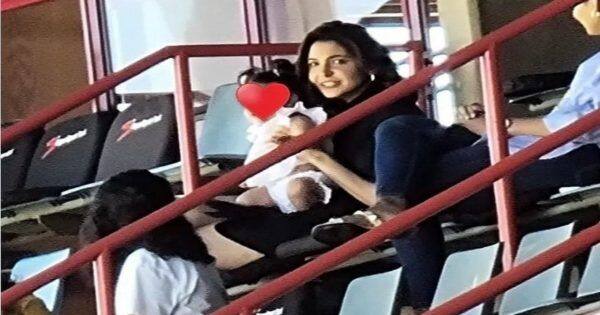 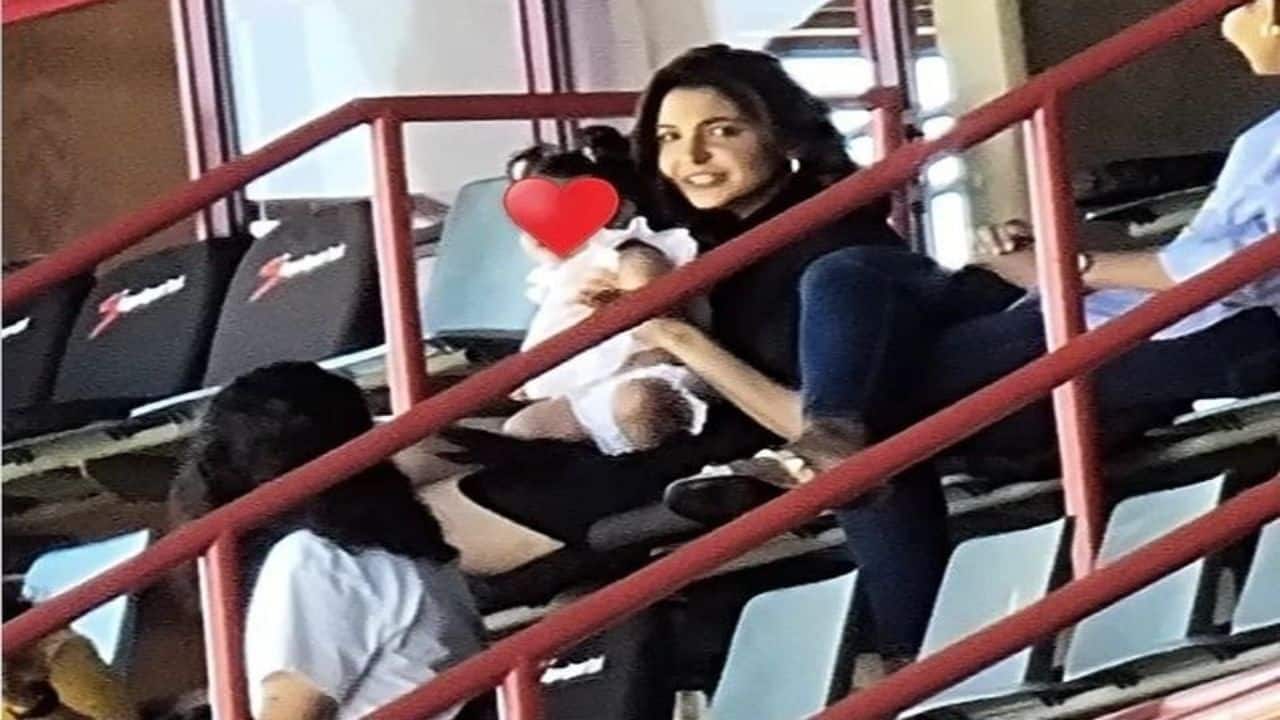 Vamika Kohli has been globe-trotting as she accompanies dad Virat Kohli and mom, Anushka Sharma for cricket tournaments all over the globe. The little one was seen in the stands cheering for her dad as she sat in mom Anushka Sharma’s lap. She wore a white frock and her hair was done in two pigtails. Anushka Sharma was in a black dress. Fans spotted her but no has revealed her face keeping in mind the sentiments of India’s power couple. Also Read – Shah Rukh Khan, Kangana Ranaut, Priyanka Chopra Jonas and more: Resolutions Bollywood stars should make in New Year 2022

This was Vamika Kohli’s first cricket match from the stands. It is summer in South Africa so the little one came to watch the game. The match was held at Centurion and India won the test by a good margin of 113 runs. Vamika Kohli
Check out these pics and videos… Also Read – Year Ender 2021: Aryan Khan’s arrest, end of SidNaaz, Kangana Ranaut’s Twitter ban and more shocking events that kept celebs in the news

First match of vamika in the stands. Virat gesturing this to his family.
God, protect them ??

Do it for your girls, Virat! Do it for them.

This was the first match of Vamika Kohli from the stands in a stadium. India has won the Test match comprehensively. Vamika Kohli was seen by the paps as India was about to leave for South Africa. However, Virat Kohli requested the media not to take her pics. None of the pics got revealed. Everyone is dying to see the face of the little angel. Anushka Sharma shares moments with Vamika on her social media but her face is never revealed. The couple deeply respect the privacy of their daughter. We guess we have to wait a little longer for the face reveal! Also Read – Alia Bhatt-Ranbir Kapoor, Athiya Shetty-KL Rahul and more Bollywood couples we want to see get married in 2022