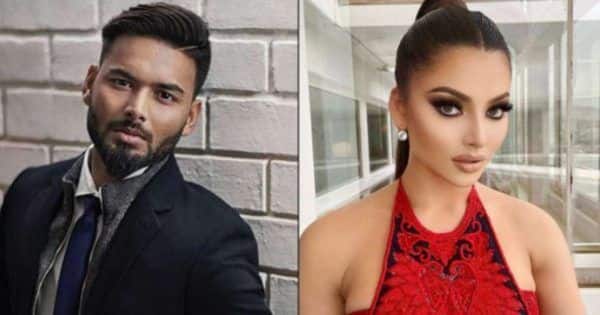 Urvashi Rautela and Rishabh Pant are often the subject of trolls. It was rumoured that the two had developed a soft spot for one another in 2018 but things went awry. As we know, Rishabh Pant is part of the Indian cricket team that is touring South Africa. The cricketer made a century on day three of the Test match that happened in Cape Town. Everyone in the cricket fraternity has showered praises on the young cricketer. After seeing a troll asked Urvashi Rautela if she had seen the 100 scored by him in the Test. The actress replied that she had seen it, and also the Rs 100 in it. Social media found it rather funny. No one expected such a reply from Urvashi Rautela. Also Read – Urvashi Rautela trolled for her airport look; netizens say ‘seedha bed se uthke aayi hai’- watch video

•Obviously she was there to cheer for India and not Rishabh Pant…..?.#urvashirautela#IndvsPak pic.twitter.com/PUhF3hvxcV

Well, Urvashi Rautela and Rishabh Pant were seen together in 2018 on a couple of dinner dates. But things soon fizzled out between the two. After that, they blocked one another on Whatsapp. The actress’ spokesperson had said that she tried to contact him but he did not respond. Thereafter, she also blocked him. Rishabh Pant has been in a steady relationship with Isha Negi since 2019. He also made it official on social media. The cricketer never said anything about them. Urvashi Rautela was also royally trolled for her look at the airport last evening. She has a number of projects in her hand. Also Read – Saiyami Kher applauds Rishabh Pant for his test century vs South Africa; calls it ‘INCREDIBLE’ – view tweet