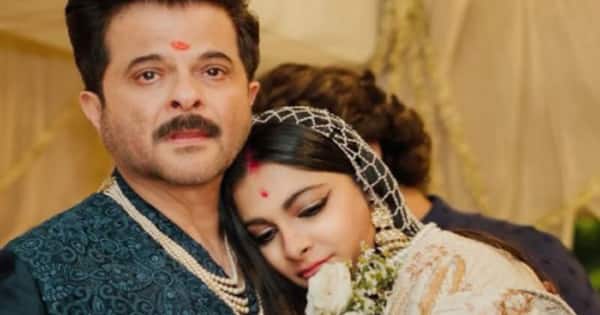 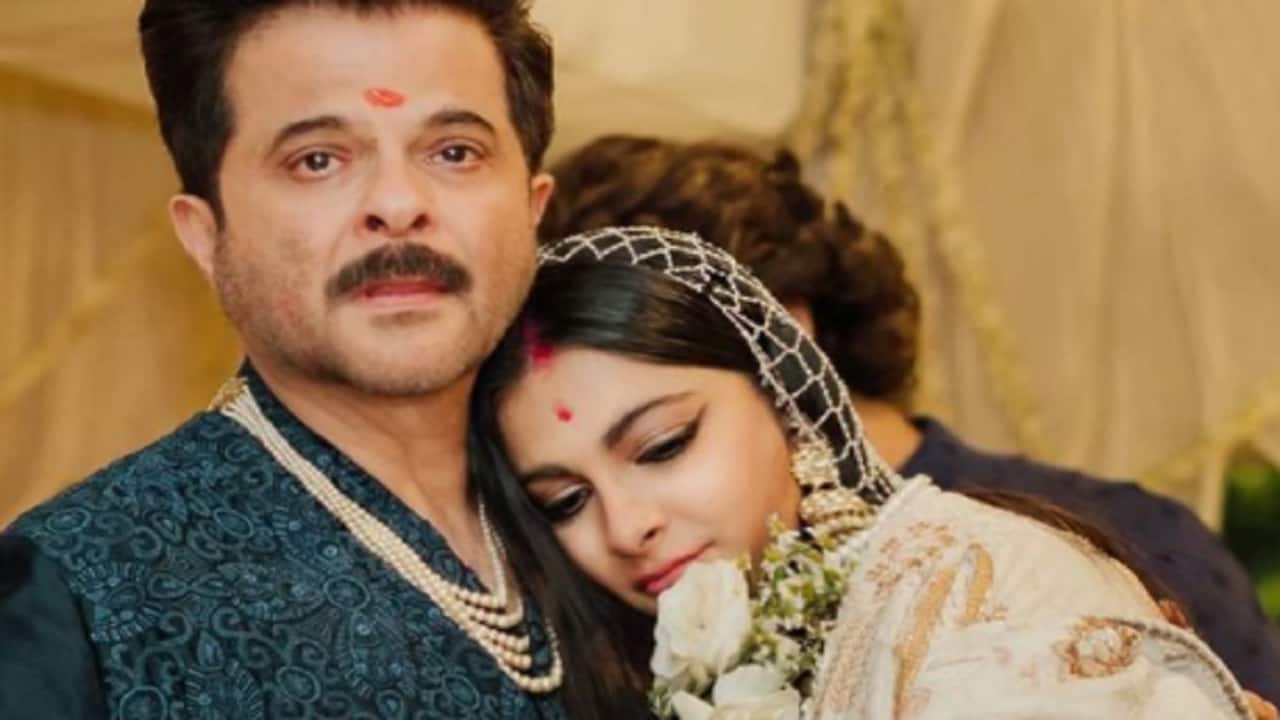 Anil Kapoor turns 65 today and there is no celebration in the Kapoor house as both his beloved daughters Sonam Kapoor and Rhea Kapoor are away. Sonam Kapoor lives in London, while Rhea Kapoor recently married her long time beau Karan Boolani and might go for an intimate dinner at home. Rhea Kapoor posted a picture to wish father Anil Kapoor and it is leaving everyone teary-eyed. The picture is from Rhea’s marriage where Anil Kapoor is seen hugging his daughter with a heavy heart as she is all set to start the new journey of her life. Rhea shared the picture with an emotional caption, ” Happy birthday to my Soul Twin. @anilskapoor I love you more than I can ever tell you. Best friends forever. Everyone showered love on the post of Rhea. Also Read – Fighter: Hrithik Roshan and Deepika Padukone welcome Anil Kapoor to Siddharth Anand’s action extravaganza

While Sonam Kapoor who is in London right now with hubby Anand Ahuja too posted a wish for her father with a number of memorable pictures, ” Happiest Birthday, daddy! Your courage, humility, and warmth always inspires me. There is no one like you, and I couldn’t have wished for a better father. There may be distance between us but you’re my heart, so you’re always with me. Love you!” Both the daughters are immensely missing their father on this special day. Also Read – Is Anil Kapoor and his wife Sunita Kapoor really getting a divorce? To know the details watch full video

Anil Kapoor’s son Harsh Varrdhan Kapoor too wished his father with a long post where he is seen talking about AK Vs AK. Anil Kapoor will host a small get together today, where eh as invited his very close friends and family members for the intimate dinner. The actor s not very excited about his birthday this year as both his daughters aren’t living with him right. A close source to us reveals, Anil will do a big party when Rhea and Sonam will be together at Kapoor house. Well we indeed are waiting for the grand celebration. Also Read – Anil Kapoor birthday special: From his statement on Abhay Deol to leaning out of a local train, 5 times Bollywood’s Lakhan made headlines for the wrong reasons