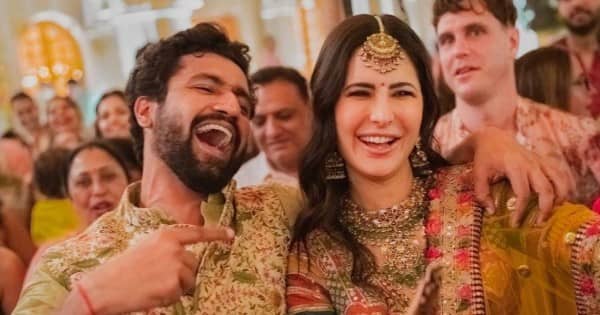 Vicky Kaushal and Katrina Kaif got married on 9th December at Six Senses Fort Barwara in Sawai Madhopur, Rajasthan. After tying the knot, the actors shared some beautiful pictures from their wedding on social media. The pictures of their wedding and pre-wedding festivities look straight out of a fairy tale, and the two are looking super happy in those pictures. But well, it was surely difficult for Vicky to convince Katrina to get married. A friend of Katrina recently revealed the only condition that the actress had before agreeing to get married to the Uri actor and the condition will surely surprise you. Also Read – Trending Entertainment News Today: Kareena Kapoor Khan tests POSITIVE for Covid, Katrina Kaif’s unseen wedding pictures with her sister go viral and more

A friend of Katrina told journalist Subhash K Jha, “It was all so sudden… their meeting, courtship, romance, marriage. Vicky Kaushal decided with two months of their relationship that she was the woman he wanted to spend his life with. Katrina was less sure. She was still hurting from the wounds of her previous break-up. She liked Vicky, but she needed time.” Also Read – BTS X Tip Tip Barsa Paani: Bangtan Boys’ swag on Katrina Kaif’s song is on point in this ARMY edit – watch FUN video

“He pursued her until she said yes to marriage. But she put forward one precondition. He had to give her family, her mother and siblings, the same love and respect he gives her,” the friend added. Also Read – Katrina Kaif and Vicky Kaushal wedding: The bride only spoke in Punjabi throughout the shaadi, reveals the groom’s cousin – watch video

Now, Katrina is very happy to see that Vicky gels with her siblings very well. The friend reveals, “Before the wedding, they hadn’t even met Vicky Kaushal. Now, it’s like they’ve known him all their life.”

Katrina and Vicky are on a honeymoon right now, and the two will be coming back to Mumbai today. Reportedly, soon the actors will be back on the sets of their respective films. It is said that Katrina will resume the shooting of Tiger 3 with Salman.