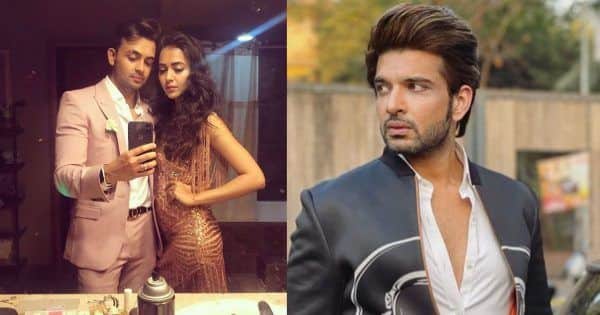 Oh No! Bigg Boss 15 fans are very keen to what is the future of Tejasswi Prakash and Karan Kundrra on the show. Their love story looks like it has gone kaput due to the Ticket To Finale task. In the coming episode, we will see that Rakhi Sawant and Devoleena Bhattacharjee will side with Tejasswi Prakash and made her win. Karan Kundrra, Rashami Desai and Shamita Shetty will feel they have cheated to make her win. Tejasswi Prakash maintains her stand and says she is the rightful winner. Later, she blasts Karan Kundrra saying that he has an issue every time she wins. This leaves him fuming and later in tears. The relationship goes for a toss. Also Read – Trending TV news today: Bigg Boss 15’s Karan Kundrra-Tejasswi Prakash’s ‘break-up’ reminds fans of #SidNaaz, Shraddha Arya enjoys pajama party and more

As we know, the fandom is divided into #TejRan shippers who love both of them equally. But both the actors have a strong solo fandom as well. When someone pointed out that Karan Kundrra was heartbroken his sister Meenu replied to a fan that he was stronger than what they thought. Also Read – Bigg Boss 15: Ticket To Finale task is taking tough test, Karan – Tejasswi relationship falling apart? Watch

He has not eaten for more than 24 hours
Worried for his health
Is it possible for you to do something ??

This comment has not impressed Pratik Wayagankar, who is the brother of Tejasswi Prakash. He gave Meenu Kundrra a strong reply in no uncertain terms. He tweeted, “She is standing with her “people” right from Day 1.And when she takes a stand for herself, she’s called TRASH! How fair is that? Only if we could think before using such language…She’s my sister, a daughter, a woman! Lets maintain dignity! #TejasswiPrakash #TejasswiIsTheBoss.” Also Read – Bigg Boss 15: Tarot card expert predicts Tejasswi Prakash’s victory reveals, but warns against a future with Karan Kundrra – Exclusive

She is standing with her “people” right from Day 1.And when she takes a stand for herself, she’s called TRASH! How fair is that? Only if we could think before using such language…She’s my sister, a daughter, a woman! Lets maintain dignity! #TejasswiPrakash #TejasswiIsTheBoss

After this scene, fans of Tejasswi Prakash have sided with Pratik Wayagankar and like wise, Karan Kundrra fans are with his sister, Meenu. Check out some of the reactions…

So Proud of you pra…!❤️
Like sister, like brother..
U proved yet again how matured n sensible u are.
Teju would be proud of u,
U answered so well with alll dignity and respect.
& sorry for everything you have been going through lately.
Much love and respect,#TejRan fam

Finally you said it?❤
But still you r so kind love
My blood was boiling nd kindaa waiting for u to say something about it nd u did it
Thank you?
Much love❤#TejasswiIsTheBoss

Stop this women card sympathy ?#KaranKundrra always stand for her.
But tejasswi have problem whenever anyone choose karan over her.#TejRan ???

Tp is ur sister That’s y u also tweeted this. So She is also Karan’s sister!He didn’t eat anything for 24 hrs wt do u expect from her? Hw do u want her to react? I’m sure ur reaction would hv been worse dan hers! TP cud hv make him eat! Bt despite dat he ws making fun of him!

The fight has spilled outside the show with the families barging in the matter. Tejasswi Prakash and Karan Kundrra are two of the strongest contestants to win Bigg Boss 15.