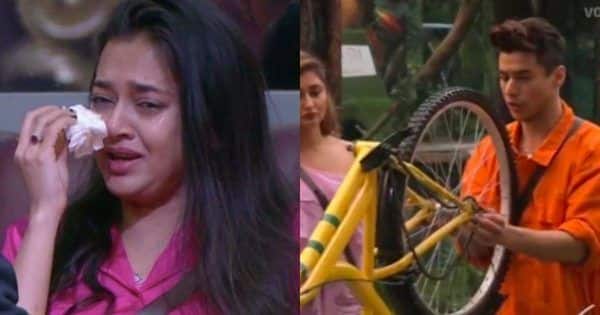 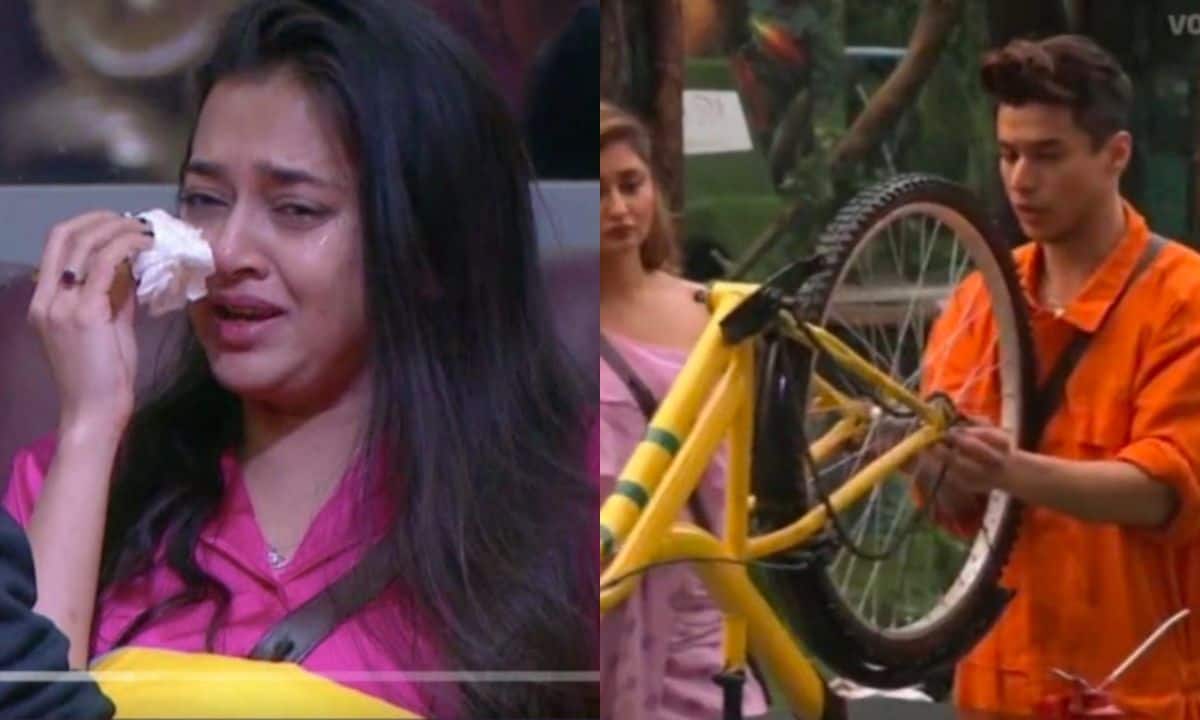 Tejasswi Prakash says physically she is not as stronger as him. She says she will defend herself very hard in the task. Shamita Shetty tells her that by mentioning this she is kind of playing the woman card. Fans are annoyed seeing how Tejasswi Prakash is playing the task. Take a look at some of the reactions… Also Read – Bigg Boss 15 Live Updates : Karan Kundrra calls Tejasswi Prakash a chudail

@itsmetejasswi doesnt even deserve to b in the show now. The kind of game she is playing, cheap, mean and fake! Such a sore loser!
I feel bad I liked her before #BiggBoss15 but she came across as the worst contestant of all seasons.

#UmarRiaz pushed pratik thn it was hinsa,physical vialonce & tejaswi is hitting Pratik in tool & he went to medical room it is not hinsa @ColorsTV and makers let us know the definition of hinsa & degree of hypocrisy & FAVORISM #cheapshow #biggboss15 PUBLIC WINNER UMAR RIAZ

This lady #TejasswiPrakash is really disgusting ?? she does all the shit & starts crying she has become expert in playing sympathy card & women card @itsmetejasswi is the biggest ‘NAUTANKI BAAZ’ SYMPATHY QUEEN ? #BiggBoss #BiggBoss15 #BB15 @ColorsTV @BiggBoss

She is a dhabba women ke naam pe
A pseudo-feminist!
Does not deserve to be in top 5, forget winning

This teja is such a nuisance, the moment the camera focuses on her, my blood boils.. #PratikIsTheBoss #PratikSehajpal #BiggBoss15

Fans do not look pleased with how Tejasswi Prakash is playing her game. In the middle of all this, news is coming that the season will be pushed till end of February 2022. What do you think about what happened in tonight’s episode of Bigg Boss 15? Also Read – Bigg Boss 15: Shamita Shetty, Tejasswi Prakash or Karan Kundrra; Krushna Abhishek reveals who according to him will be in Top 2