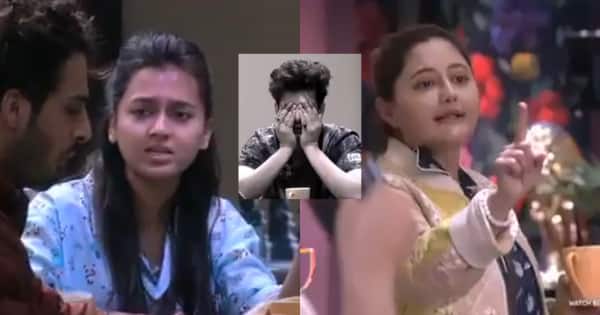 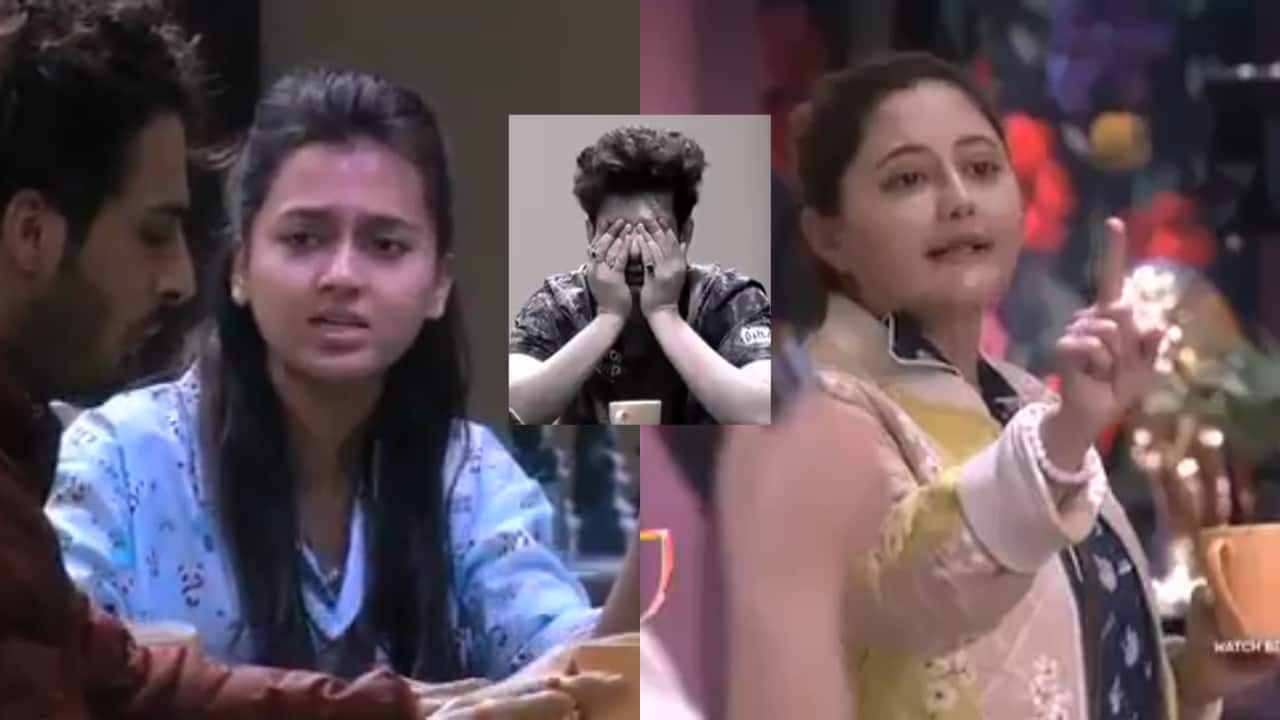 Wait, do Bigg Boss 15 has a love triangle in it? You would have guessed it by now. We are talking about Karan Kundrra, Tejasswi Prakash and Rashami Desai. In the upcoming promo of Bigg Boss 15, we see the two ladies getting into a nasty fight and Karan Kundrra is the reason. It seems Rashami confronted Teja about her conversation with Karan wherein she asked him whether he will date Rashami outside. The Dil Se Dil Tak actress gets furious with Teja and says that she should henceforth not comment about her relations. Rashami tells her that she never asks Karan questions about her and his future. Also Read – Bigg Boss 15: Insane fees earned by Tejasswi Prakash, Karan Kundrra, Rakhi Sawant and others per week will blow your mind

Tejasswi gets angry and talks about how the two confessed to liking each other during the Weekend Ka Vaar episode. The man, aka Karan Kundrra, is seen holding his head in frustration due to the two ladies’ argument. Well, well, seems like a love triangle is forming inside the house. Earlier, we saw Rashami asking Teja whether she is insecure about her bond with Karan. Also Read – Bigg Boss 15: Rashami Desai and Umar Riaz fans go gaga over the two’s fierce spirit; say, ‘Sher and sherni are together’ — read tweets

Bollywood Is it a big deal for Global star Priyanka Chopra Jonas to bag a Matrix movie? Here’s what Sati says… Theviraltime
Bollywood Vishaal Rasquinha reveals his reaction when the couple reached out to him to be the host at their shaadi Theviraltime
Advertisement