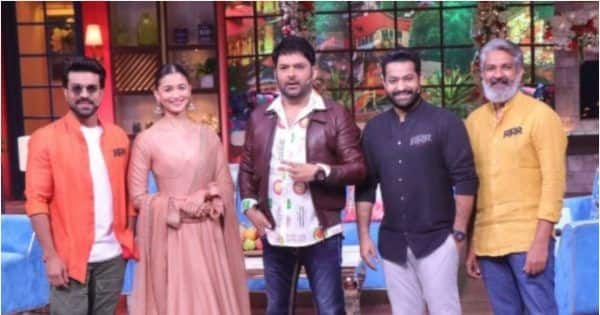 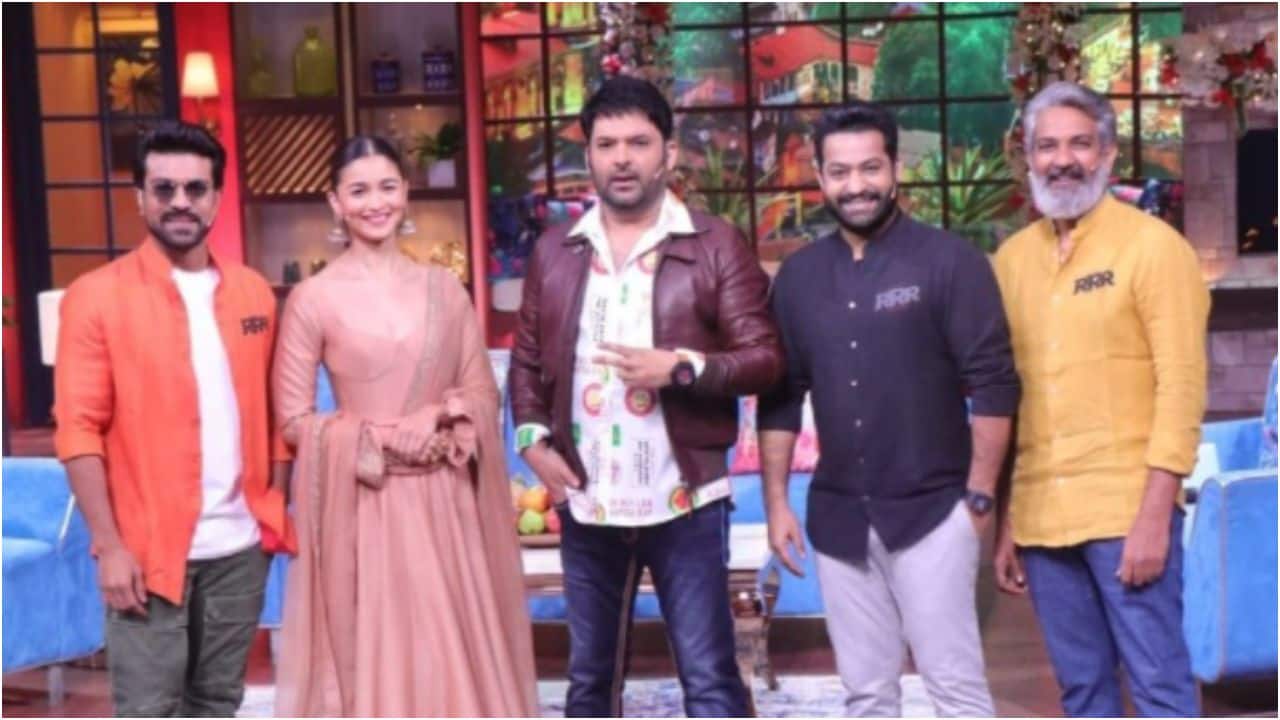 The Kapil Sharma Show saw the presence of Junior NTR, Ram Charan, Alia Bhatt and SS Rajamouli tonight. They had come for the promotions of RRR. The film has been indefinitely postponed due to the coronavirus pandemic but since the episode was shot beforehand, it was aired for the public. This is the first time these South superstars have come on The Kapil Sharma Show and the audience seems to have loved it. Everyone is bowled over by the humility of the trio and Junior NTR’s fluency in Hindi has come as a surprise for all. Fans are pointing out how these actors looked genuinely happy to be on the show. RRR is a period drama about the revolution in Telangana against the British rule. It is based on the lives of two freedom fighters. This is how fans reacted to the episode… Also Read – Trending South News Today: Kajal Aggarwal’s pregnancy, Samantha Ruth Prabhu’s 2022 predictions, Pushpa’s smashing box office win and more

Today got to know why south actors have such a huge fan following really so humble people One of the best episode this was! Thank u for coming on @tarak9999 #TheKapilSharmaShow

Became a fan of Junior NTR after watching his interviews.Superstar yet so humble & down to Earth. #TheKapilSharmaShow pic.twitter.com/qptQIWwqP2

Whatta outstanding episode it was! Enjoyed it very much right from the beginning to the end!
Today got to know why south actors have sucha huge fan following..really so humble ppl?One of the best episode this was! Thank u for coming on #TheKapilSharmaShow Pls visit once again? pic.twitter.com/wtESk2K5DD

Perhaps this has been the funniest TKSS ever, @KapilSharmaK9 you once again left ur mark and it was really fun to see so many big stars of South Film Ind. together specially @ssrajamouli Sir for the first time on TKSS. ?#TheKapilSharmaShow pic.twitter.com/2TdWuc7a0v

Today’s episode is one of the best episodes. I died laughing ?. So much fun. You guys are great. Special thanks to #RRR team ❤#TheKapilSharmaShow#RRRMovie@KapilSharmaK9 @ssrajamouli @tarak9999 @AlwaysRamCharan @SonyTV pic.twitter.com/q7muwRnZDY

#NTR garu, watched you on #TheKapilSharmaShow. You were amazing and was surprised to see that you are so good in Hindi.

We can see that fans are very happy to see them. RRR was supposed to come in the theatres on January 2022. However, given the cost the makers have taken a decision to postpone as the pandemic is increasing all over. Halls are also shut down to prevent the surge. Also Read – Allu Arjun, Ajith, Vijay Deverakonda and other South stars who can beat Bollywood Biggies in the box office game