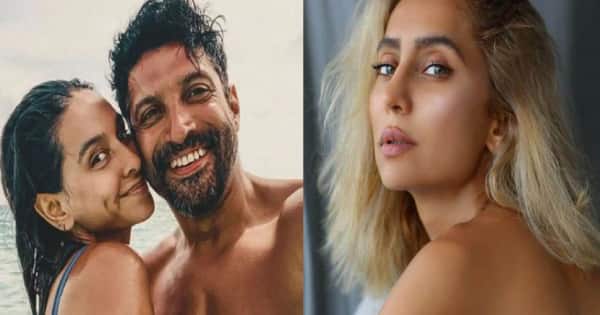 It was Bollywoodlfe that exclusively told you that Shibani Dandekar is all set to get married to her beau Farhan Akhtar in March 20022. And due to the rise in covid cases, the couple is planning to do the intimate wedding among their close friends and family members. However to confirm the news we have been trying to get in touch with Shibani herself, but she ah been out of touch. So we decided to get in touch with her sister Anusha Dandekar. When we asked her about the rumours around the wedding of her sister and Farhan. She had a polite laugh over it and said, ” I don’t really want to comment anything on this because I don’t know anything about it”. When probed further, she said, “It won’t be right for me to comment on anything because I don’t know anything”. Well, the actress refused to speak anything about it, but definitely, she didn’t deny the news. Also Read – Farhan Akhtar-Shibani Dandekar wedding: Here’s how the couple is preparing for their shaadi amid increasing Corona scare

It is said that Anusha is majorly looking at all the preparations of the wedding along with Rhea Chakraborty who is extremely close to Shibani. Farha and Shibani have been dating each other for three years now. they have been living together and they often paint the town red with their lovey-dovey pictures and videos. The couple looks smoking hot together. And we indeed can’t wait to see them a bride and groom. In an interview with BollywoodBubble Shibani had addresed the topic of her wedding, she had said, ” Everyone is asking me the same question. I would say the topic has not come up yet. I will figure this out and then I will tell people.” Well seems like the time has come and we indeed are eagerly waiting for the confirmation from the couple themselves. Also Read – HOT Scoop: Farhan Akhtar and Shibani Dandekar all set to get married in March 2022? [Exclusive]