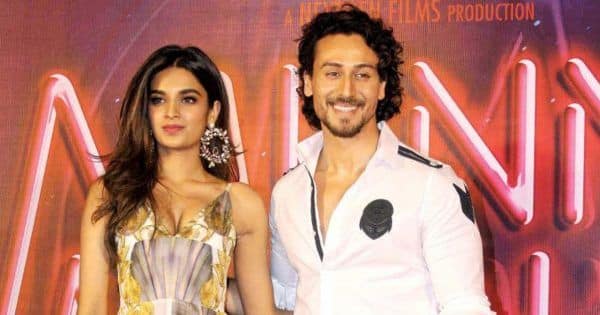 Nidhhi Agerwal made her acting debut with Munna Michael which also starred Tiger Shroff in the lead role. The film failed to impress the critics as well as the audiences and it also didn’t do great business at the box office. Later, Nidhhi moved her ways towards down South and has featured in many successful Tamil and Telugu movies. Well, during the release of Munna Michael, it was revealed that in Nidhhi’s contract, the makers had included a ‘no dating’ clause. Now, after nearly five years, the actress has opened up about it. Also Read – Runway 34: Is the Ajay Devgn-Amitabh Bachchan starrer headed straight to OTT? Here’s what we know [EXCLUSIVE]

During an interview with Siddharth Kannan, when she was asked whether she actually signed a ‘no dating’ clause in her contract, Nidhhi said, “I did. But clearly, I am not very good at reading contracts and signing them like I explained to you before, but yeah, I did.” Also Read – Salman Khan, Aamir dominated 2010s with 12 blockbusters, 8 year-end grossers – who’ll own 2020s; will SRK make a comeback?

When asked if she felt ‘unfair’ about it and she replied, “I just didn’t even care. I was so happy that I have gotten a film. I was like, ‘Wow, I have become a heroine.’ I didn’t care about anything. For me, just the fact that I have gotten my film was everything.” Also Read – Bade Miyan Chote Miyan: Akshay Kumar hikes fee to this EYE-POPPING amount; budget to spiral beyond control? EXCLUSIVE

During an interview in 2016 with Mid-Day, producer of Munna Michael, Viki Rajani, had given a clarification that why they made Nidhhi sign a ‘no dating’ clause. He had stated, “Tiger is already a star while this is Nidhhi’s launch film. She is a bright girl and we don’t want her to get distracted. Sabbir (Khan, director) and I have seen real potential in her and this will do her good.” When he was asked if it was sexist, the producer stated that the actress was not made to sign the contract ‘at gunpoint’.

Talking about upcoming films of Nidhhi, the actress will be seen in movies like Hari Hara Veera Mallu and Magizh Thirumeni’s next directorial.