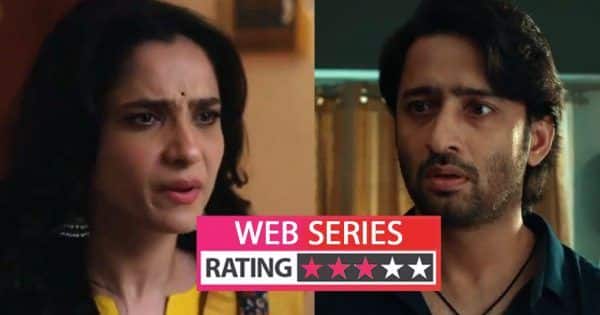 The first season of Pavitra Rishta 2.0 was a lot similar to what we saw in the iconic soap of 2019. Pavitra Rishta 2.0 is all about how Manav (Shaheer Sheikh) and Archana (Ankita Lokhande) try to make peace with the fact that they are not destined to be together. The couple decide to move on. Manav is looking after Akanksha (Asheema Vardaan) while Archana has found a good friend in Rajveer (Vivek Dahiya). Also Read – Naagin 6: Shaheer Sheikh’s special cameo, Tejasswi Prakash-Simba Nagpal lead roles — 7 updates that are going VIRAL

What’s it about
Manav (Shaheer Sheikh) and Archana (Ankita Lokhande) are in the same college. The feelings are still as strong but the two pretend to move on. Will the two ever reunite after whatever has transpired between them? This is what the season has in store for us…

What’s hot
The highlight of the show are the performances. Ankita Lokhande’s mature Archana is nuanced, stoic and relatable. The actress’ conveys a lot through her body language and keeps it subtle. After a relatively shaky starts, Shaheer Sheikh comes into his own by the third episode and is first-rate post that. Asheema Vardaan is very good as Akanksha. Fans will love the camaraderie between Rajveer (Vivek Dahiya) and Archana (Ankita Lokhande). The show is very crisp and every episode is not more than 20 minutes each. Usha Nadkarni steals the show in the climax. Fans of the old Pavitra Rishta will have not have any hangover of late Sushant Singh Rajput whatsoever.

What’s not
Pavitra Rishta 2.0 is a crisp show but it looks like the makers have rushed with the proceedings. It falls flat on the emotional level. None of the scenes stay with you after the show gets over.