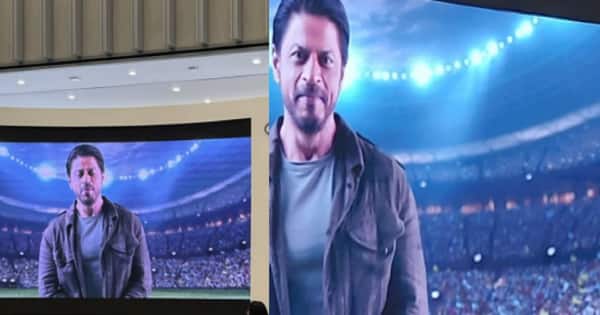 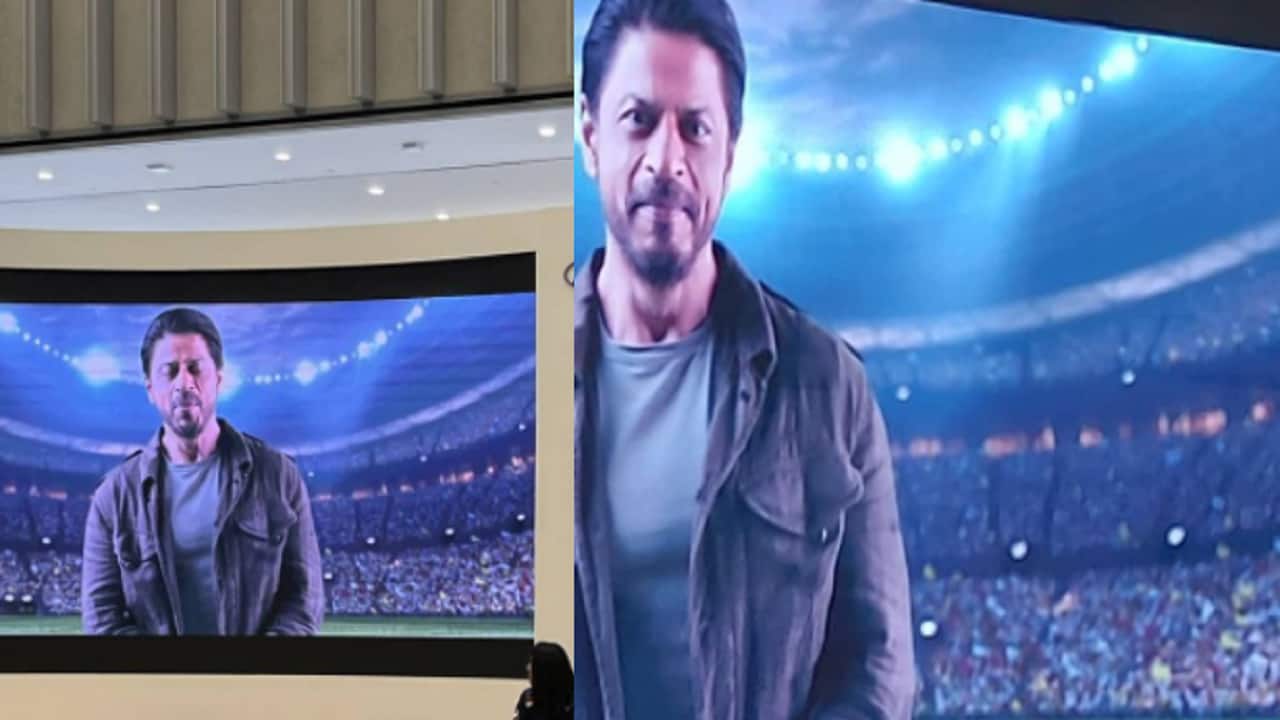 Shah Rukh Khan is back with a bang! The superstar made his first digital appearance after visiting his son Aryan Khan at Arthur road jail during his drug case. The actor looks absolutely fit and fabulous like always in this latest appearance of him. The photos were shared by one of Shah Rukh Khan’s fan pages that shows him involved in an interaction digitally for some brand endorsement. The pictures of SRK have left his fans in peace and happiness. The actor’s bulky look shows that he is all prepped for his upcoming film Pathan where he will be seen doing some high-octane action. Also Read – Deepika Padukone, Priyanka Chopra Jonas, Nikki Tamboli and 7 more actresses who nailed the braless trend and set screens on fire

As the latest photos of the actor are out fans are celebrating and commenting that finally their superstar is back and they are eagerly waiting to watch him on the big screen. One of the fans wrote, ” “Finally sir ke darshan ho hee gaya (Finally, we got a glimpse of Shah Rukh),” “Waiting to see him on the big screen,” said another fan. Also Read – Big relief for Aryan Khan as Bombay HC pardons Shah Rukh Khan’s son from marking his weekly attendance at NCB office

Shah Rukh Khan has kept himself on low key ever since his son Aryan Khan was sent to jail in the drug case. The actor is even inactive on social media. In fact, he didn’t even post anything for his birthday that was in November, last month. Also Read – Aamir Khan’s bat in Lagaan, Akshay Kumar’s suit in OMG and other Bollywood movie items that were auctioned at INSANELY high prices – view pics

It was reported that SRK has decided to stay way form the media glare as he is focusing on his comeback fil with Yash Raj Studio’s Pathan opposite Deepika Padukone. Indeed we are all eagerly waiting for Khan to spread his magic onscreen once again.