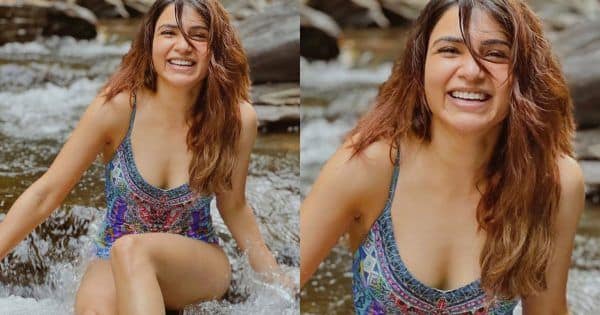 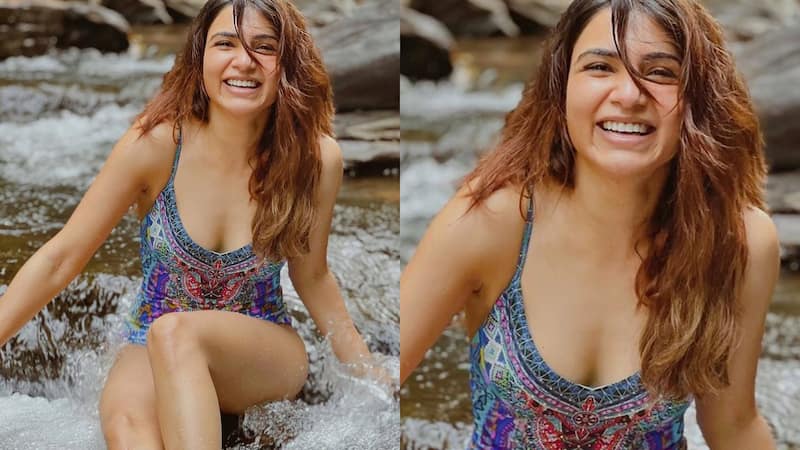 Samantha Ruth Prabhu is living her life to the fullest. The actress has sent temperatures soaring with her recent pics from Goa. Samantha Ruth Prabhu made an escape to Goa along with a couple of her gal pals. She has posted her pics in a monokini with Boho print. It is a blue coloured swimsuit. Samantha Ruth Prabhu is floored with the beauty of Goa like many tourists. Many people like to come to Goa as it is warmer than most parts of India. It is a perfect time to soak up the sun, swim and party with friends. Goa looks exceptionally pretty during X’Mas too. Also Read – Pushpa box office collection day 10: Allu Arjun starrer stands well past the 200-crore mark worldwide but joining the 250-crore club looks tough

The actress announced her split from Naga Chaitanya in the month of October. She said that the two continue to have a cordial relationship but their marriage has ended. They were together for a decade. The actress was subjected to a lot of trolling after she announced the split. Some days back, a troll wrote that she robbed Naga Chaitanya of Rs 50 lakh. Samantha Ruth Prabhu shut him down with a sassy reply. The actress’ latest project, an item song in Pushpa is getting great reviews. Also Read – Samantha Ruth Prabhu REACTS after RRR actor Ram Charan indirectly encourages her post split from Naga Chaitanya

Samantha Ruth Prabhu is supposed to join Varun Dhawan for the Hindi remake of Citadel. The project will be directed by Raj and DK and produced by Russo Brothers. It seems it will go on floors in 2022. In fact, rumours started doing the rounds that Naga Chaitanya was not too happy with her love-making scenes in The Family Man 2, which led to conflict. This happened after the actor said that he was okay with any kind of roles as long as it did not affect the reputation of his family. The news came as a shock to both Nagarjuna and her family members. Also Read – Pushpa box office collection day 10: Allu Arjun starrer surges ahead in the Hindi belt; continues giving tough competition to 83