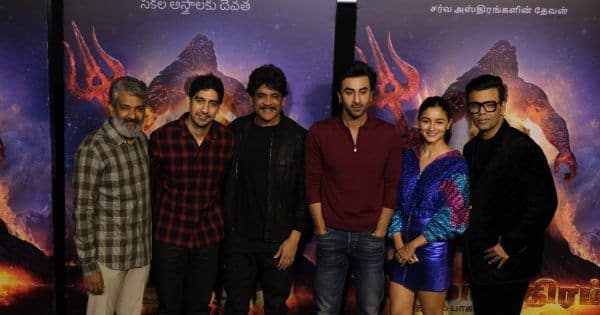 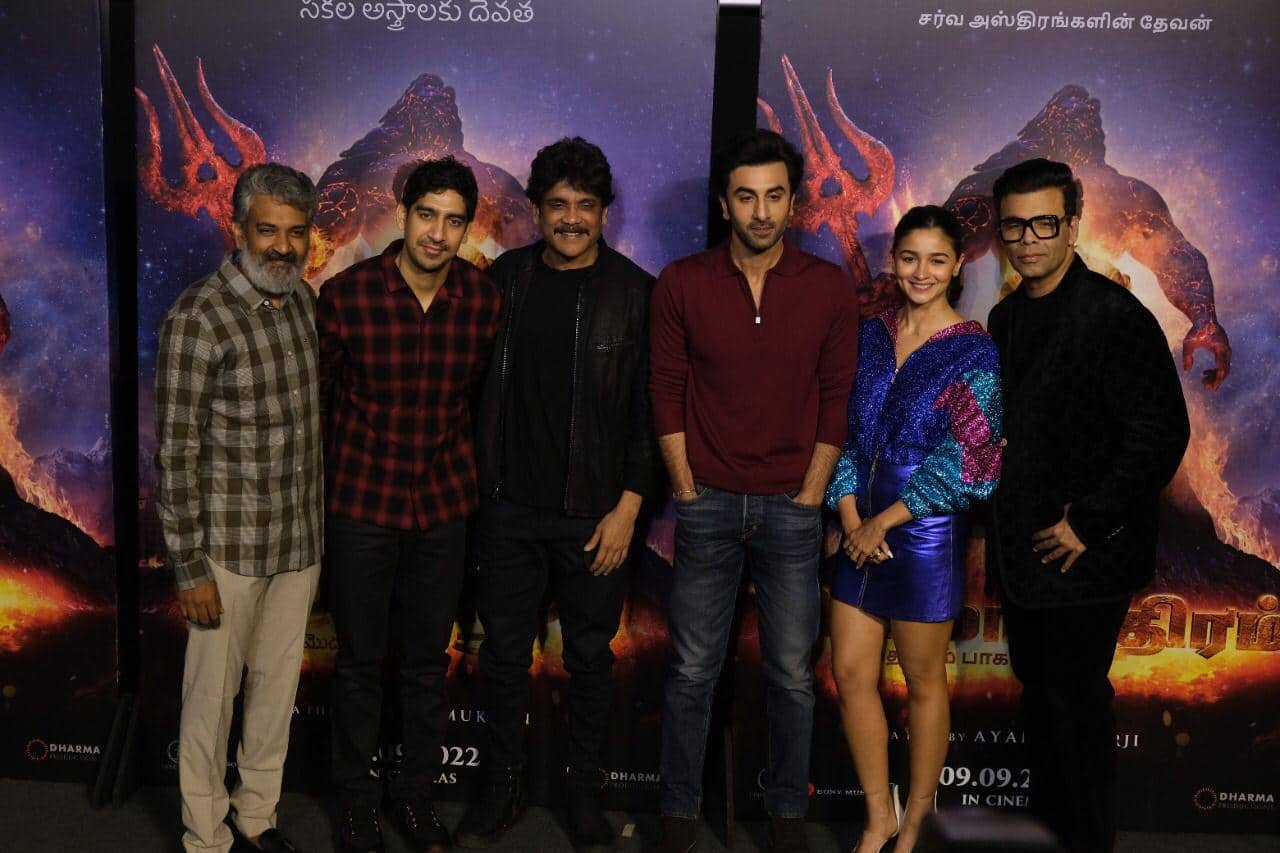 Some friendships, and some films, are truly special. Karan Johar felt proud and honoured to present S.S. Rajamouli’s “labour of love”, Baahubali. And today, 18th December, we see that very friendship blossom as S.S. Rajamouli announced that he will present Ayan Mukerji’s magnum opus, Brahmāstra, in four South languages, Tamil, Telugu, Kannada and Malayalam, worldwide. An epic amalgamation of inspiration from Indian mythology and the modern world, Brahmāstra is one of the most awaited films of 2022. With the recent release date announcement and striking motion poster launch going viral across territories, one would think that things couldn’t get any bigger, but they just have. Also Read – Kareena Kapoor Khan is heartbroken to be away from Taimur and Jeh during COVID-19 quarantine; says, ‘I miss my babies’ – view post

Such is the monumental vision and scale of Brahmastra that top powerhouses are set to unite in presenting this movie to wider markets. Headlining the first part of the trilogy are Ranbir Kapoor and Alia Bhatt, who interestingly are sharing screen space for the first time, along with Nagarjuna Akkineni, Mouni Roy and Amitabh Bachchan, who play pivotal roles in the film. SS Rajamouli’s entry into this world of revolutionary cinema will only add to its glory. With a film series like Baahubali under his belt, the filmmaker is respected and revered across the globe. Also Read – Trending Entertainment News Today: Shah Rukh Khan chalks out future plan for Aryan Khan; Vicky Kaushal’s appreciation post for Katrina Kaif and more

Speaking on the occasion, S.S. Rajamouli said, “I’m truly glad to come on board and present Brahmāstra to audiences worldwide in the four south languages. The concept of Brahmāstra is unique, which reflects in its story and presentation. In many ways, it reminds me of Baahubali – a labour of love and passion. I have seen Ayan invest time in making Brahmāstra, patiently putting it together to get it right, much like I did for Baahubali.” Also Read – Pushpa superstar Allu Arjun shares a beautiful, heartfelt message for Ranveer Singh and team 83 – here’s what he said

He continued, “The film perfectly marries themes from ancient Indian culture with modern technology, and with cutting edge VFX that will blow your mind! A filmmaking journey that I can relate to – Ayan’s vision is a new chapter in Indian cinema and I am proud to be associated with Dharma Productions once again after Baahubali. Karan has a profound understanding and sensibility for good films and I feel proud to partner with him again, and with Fox Star Studios to present this film.”

Nagarjuna Akkineni, who was also present on the occasion, added, “It has been a fantastic experience to work with Ayan and the hugely talented team of Brahmāstra. This combination of ancient and modern India fascinated me and it is exciting to be a part of such a larger than life project. To have Mr. Rajamouli on board is a great honour for all of us and I am looking forward to presenting the film to my fans in2022.”

“Brahmastra is the most ambitious and visionary project I have been part of. Brahmastra is Ayan’s vision, his baby that he has nurtured. The outcome is extraordinary, the presentation universal, and it most certainly deserves a footprint across multiple Indian languages. Bahubalinot only broke records but also cut across geographical and language boundaries to be our first truly national film and there is nobody better than the genius storyteller, Rajamouli Garu, to partner with on Brahmāstra to achieve that same vision! It warms my heart and strengthens my confidence that he is now a part of this film,” Karan Johar said.

An excited Ayan Mukerji shared, “Brahmāstra is a dream that I have been nurturing for years. It’s an ambitious trilogy and the journey so far has been nothing short of exhilarating. I have given this film everything and I will continue to pour my heart into this. I feel blessed to have an amazing mentor like SS Rajamouli sir come on board. It is his film, Bahubali, that gave me the confidence to pursue my dream courageously. And to have his name attached to Brahmāstra is the biggest endorsement.”

Brahmāstra Part one is the first part of a 3-part film franchise, and the beginning of India’s cinematic Astraverse. It is a new original cinematic universe inspired by deeply rooted concepts and tales in Indian mythology, but set in the modern world, with epic storytelling of fantasy, adventure, good vs evil, love and hope; all told with the promise of cutting-edge technology and never-seen-before visual spectacles on the Indian screen.